Clay Collard found an ‘0’ he couldn’t collect, not even after his second try.

The streaking cult favorite saw his Cinderella run come to an end as Quincy LaVallais scored an eight-round unanimous decision in their middleweight rematch Saturday evening on ESPN+ from The Bubble at MGM Grand in Las Vegas.

Judges Patricia Morse-Jarman and Lisa Giampa each scored the contest 77-75, while judge Tim Cheatham had it 78-74, all for LaVallais who fought for the first time in 2020. 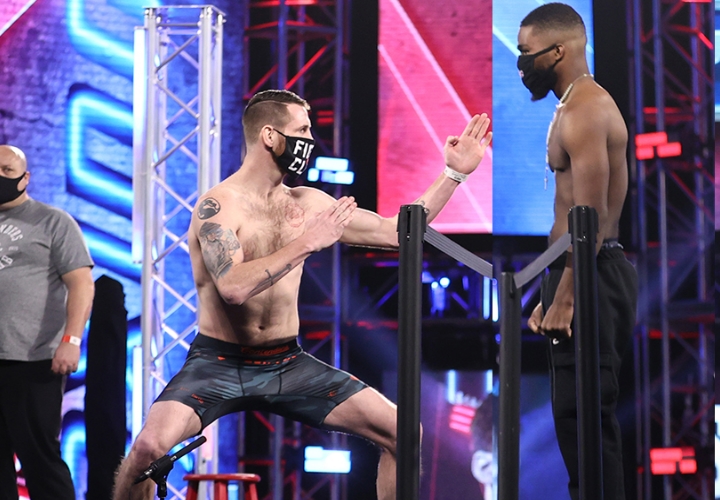 The bout was originally slated to take place this past October, only for both fighters to test positive for COVID-19 in postponing their rematch. With that came an 18 month gap from their June 2019 draw in LaVallais’ home state of Louisiana. Collard has since emerged as a prospect killer, going 5-0 in 2020 prior to this point including three wins over previously unbeaten opposition.

That came to an end on Saturday, though not for a lack of trying or adjustments on the part of Collard. The Burley, Idaho native offered a new wrinkle to his game, punching from all angles while forcing LaVallais to spend most of the round fighting in reverse. LaVallais managed to block or dodge most of the incoming, at times ducking well below Collard’s waist.

Action picked up in round two, with Collard managing to force a quicker pace more suited to his fighting style. LaVallais continued to prove to be a tricky target, even offering a counter right hand which caught Collard clean even if not causing much damage. Collard managed to score with straight right hands but was on the hunt far too often to be able to throw and land in combination.

LaVallais forced his style of fighting in a slow-moving round three much to Collard’s dismay. The Kenner, Louisiana native largely played defense, potshotting with his right hand while otherwise all but shutting down Collard’s offense.

The first sign of adversity came in round five, when LaVallais was due to contend with a cut over his left eye after a clash of heads. LaVallais connected with a left hand against an onrushing Collard, who pitched forward in an effort to respond. Collard was unable to get off a shot, instead connecting with his forehead just over LaVallais’ left eye in forcing referee Robert Hoyle to call time to have the wound examined.

LaVallais slowed down considerably after the sequence, with Collard doing his best to seize momentum. It took most of round six to truly take the lead, with Collard letting his hands go and connecting with lefts and rights as LaVallais laid on the ropes.

Both boxers entered uncharted territory as the bell sounded to begin round seven. Collard was the busier of the two, with most his punches targeted upstairs. LaVallais landed the cleaner shots, connecting with body shots along with right hands upstairs. Collard found his way home with a left hook late in the frame, though a singular moment as fatigue had clearly set in for the Burley, Idaho middleweight.

The eighth and final round saw Collard fight with a sense of urgency, not wanting to leave matters in the hands of the Vegas judges. LaVallais took a major risk in fighting cute rather than going all in to avoid getting robbed on the socrecards but his defensive skills proved troublesome for Collard who missed wildly with most of his punches. LaVallais ended the round and fight with a straight right hand before letting out a yell as the bell sounded to end the rematch.

LaVallais improves to 10-0-1 (5KOs) with the win, ending the year unbeaten and also ruining one of the sport’s favorite developing stories of the year.

Collard falls to 9-3-3 (5KOs), snapping a five-fight win streak. As much as he loves to fight, there is a slim chance that Collard makes his way back to a boxing ring in the first quarter of 2021, though the more likely scenario is his going straight to Professional Fighting League (PFL) which begins next April.