The 37-year-old middleweight contender lost a second straight bout due to injury Saturday night. Korobov boxed well for four rounds against Ronald Ellis, but he suffered an injury to his left Achilles tendon that prevented him from starting the fifth round.

Ellis thus was declared the winner of their scheduled 10-round super middleweight match by technical knockout due to Korobov’s injury.

The 31-year-old Ellis (18-1-2, 12 KOs, 1 NC), of Lynn, Massachusetts, was five pounds over their contracted limit of 161 pounds at their weigh-in Friday, but Korobov fought him anyway. The Russian-born Korobov (28-4-1, 14 KOs), of Lantana, Florida, was ahead on two of the three scorecards when their bout abruptly ended. 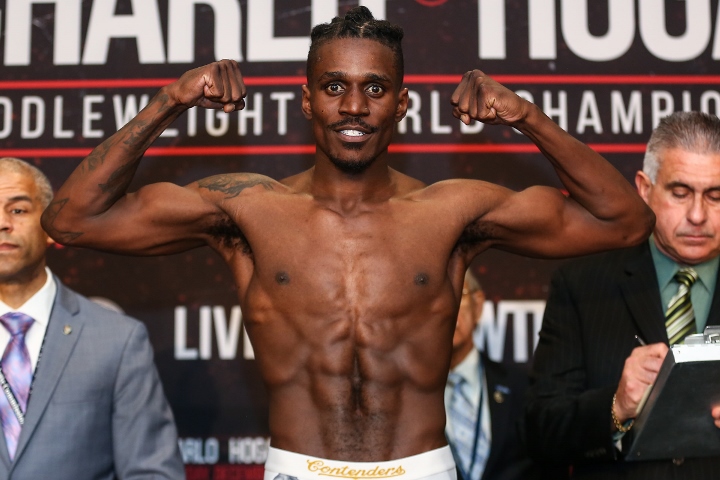 Judges Don Ackerman (40-36) and John McKaie (39-37) scored four and three rounds, respectively, for Korobov. Judge Glenn Feldman had it even through four rounds (38-38).

Showtime televised the Ellis-Korobov bout as the opener tripleheader from Mohegan Sun Arena in Uncasville, Connecticut.

Korobov boxed for the first time since suffering a tear to his left rotator cuff against Chris Eubank last December 7 at Barclays Center in Brooklyn. England’s Eubank beat Korobov by second-round technical knockout because Korobov couldn’t continue in that scheduled 12-round fight for the then-vacant WBA interim middleweight title.

Ellis also fought for the first time since the same night Korobov lost to Eubank.

Ellis edged Immanuwel Aleem by majority decision in a 10-rounder on that card. Aleem (18-2-2, 11 KOs) and Korobov boxed to a 10-round majority draw in Aleem’s previous appearance.

A lead left hand by Korobov snapped back Ellis’ head just before the midway mark of the fourth round. Korobov punched in combination for much of that fourth round and out-worked Ellis.

Ellis clipped Korobov with a left hook on the inside about 55 seconds into the second round. A straight left by Korobov backed up Ellis with 1:25 to go in that second round.

Korobov connected with a straight left hand with about 1:10 to go in the first round. A short, right hook by Korobov made Ellis hold him with about 25 seconds to go in that opening round.