The rising junior flyweight delivered the biggest statement of his young career in knocking out sturdy-chinned Saul ‘Baby’ Juarez in the 2nd round of their ESPN+ preliminary bout.

A left uppercut by Rodriguez put Juarez down and out at 2:05 of round two Saturday evening on ESPN+ from The Bubble at MGM Grand in Las Vegas.

Rodriguez has remained in competition with older brother Joshua Franco throughout their respective young careers. Franco was the first to bring home a major title, following a 12-round win over Andrew Moloney to win a secondary junior bantamweight belt this past June in this very venue. Rodriguez will undoubtedly get to that stage one day, but for now continues to thrive in the developmental phase. 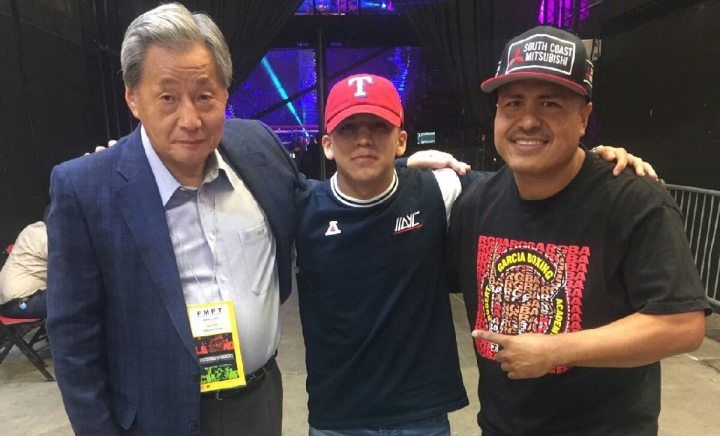 Juarez was expected to go rounds with San Antonio’s Rodriguez, who turns 21 in January but fights well beyond his youthful age. A patient attack saw Rodriguez move Juarez around the ring, scoring with plenty of power shots in the opening round while Juarez offered little in return other than resistance.

Even that wouldn’t be enough one round later.

Rodriguez continued to walk down Juarez before emphatically closing the show. Juarez was trapped along the ropes, his guard left open just wide enough for Rodriguez to crack the Mexico City native with a left uppercut which caused him to pitch forward.

Juarez (25-13-2) remained on the canvas as referee Celestino Ruiz counted him out for just the second career stoppage loss in 40 pro fights. The lone other occasion came via cuts, with Juarez going the distance in title fight losses to Wanheng Menayothin and Kenshiro Teraji.

Rodriguez advances to 13-0 (9KOs) with the win, his third of 2020 and second inside the Vegas bubble. The blue-chip talent scored a 1st round knockout here this past September.