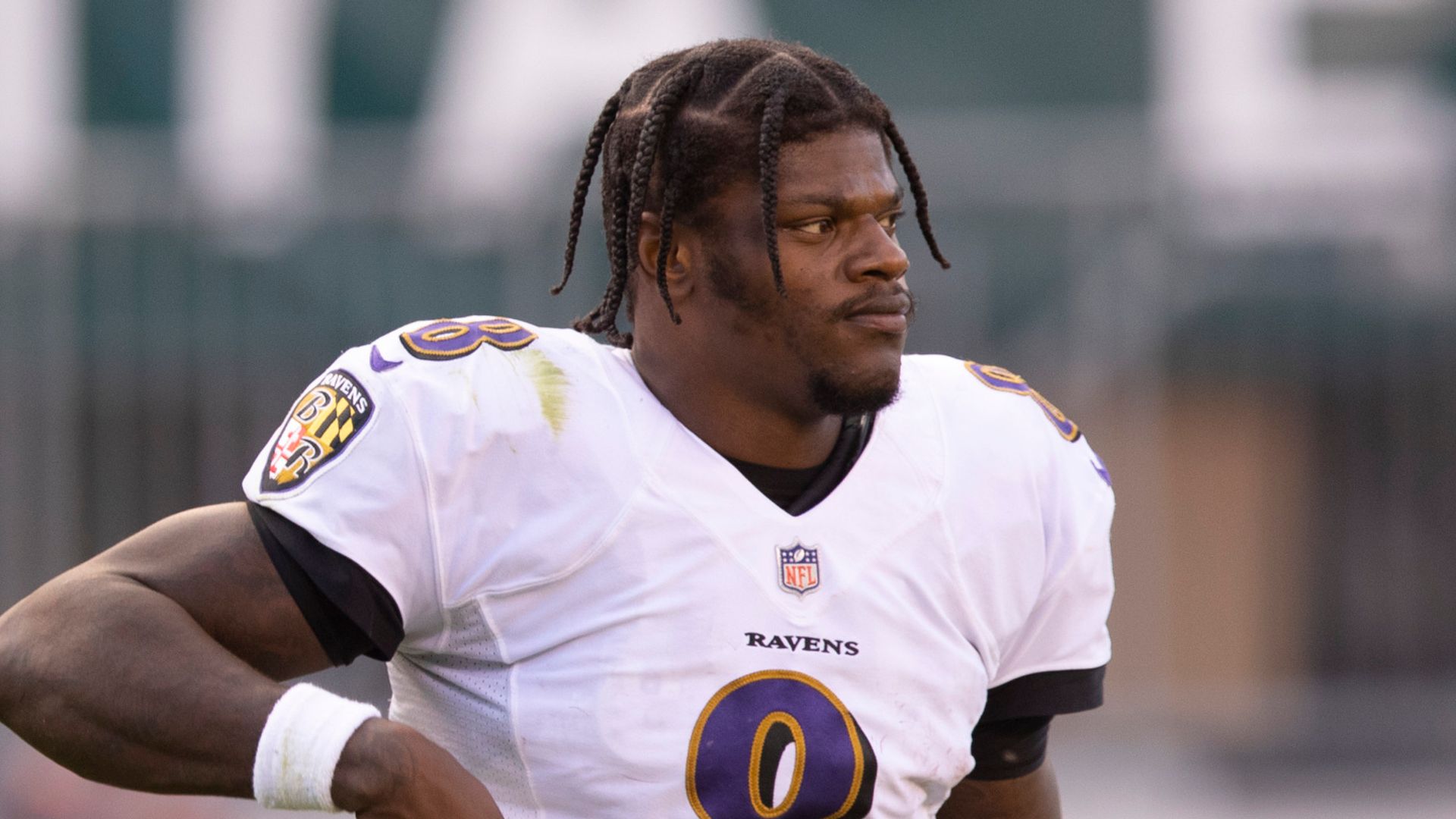 Baltimore Ravens quarterback Lamar Jackson – the NFL’s MVP of the 2019 season – is their latest player to test positive for COVID-19; Baltimore’s Thursday night game against the Pittsburgh Steelers was rescheduled to Sunday and is due to take place at 6.15pm

Baltimore Ravens star quarterback Lamar Jackson has tested positive for coronavirus and will not play in their game on Sunday against the Pittsburgh Steelers, NFL Network’s Ian Rapoport has reported, per sources informed of the situation.

Their matchup against the Steelers was originally scheduled for Thanksgiving Thursday, but was moved to Sunday at 6.15pm after the outbreak of cases in Baltimore.

According to ESPN, Ravens coach John Harbaugh told his team Thursday that due to safety precautions, players will not be allowed back in the training facility until Monday at the earliest.

The week began with the news that running backs Mark Ingram and J.K. Dobbins were added to the list, along with nose tackle Brandon Williams. In the days that followed, six more players – including defensive end Calais Campbell – and several staff members were added, with the league’s reigning MVP Jackson now the latest.

Rapoport added that veteran quarterback Robert Griffin III, whose last start came against Pittsburgh in a successful Week 17 outing last season, is slated to take over in Jackson’s place.

On Wednesday, the Ravens disciplined a staff member who didn’t inform them of COVID-19-related symptoms and had not consistently worn a mask or tracking device, as required by NFL protocols.

NFL Network’s Tom Pelissero reported Thursday that the NFL will continue to monitor developments but, as of now, there’s no change to the status of the rescheduled Steelers clash.

Should it go ahead, the Ravens-Steelers game will be avialable to watch as part on Sky Sports’ NFL Sunday coverage, live via the red button on Sky Sports NFL from 6.15pm-6.30pm and then on Sky Sports Arena from 6.30pm.

The Arizona Cardinals will play a game without Larry Fitzgerald for the first time since the 2014 season when they face the New England Patriots this Sunday after the future Hall of Fame receiver tested positive for COVID-19.