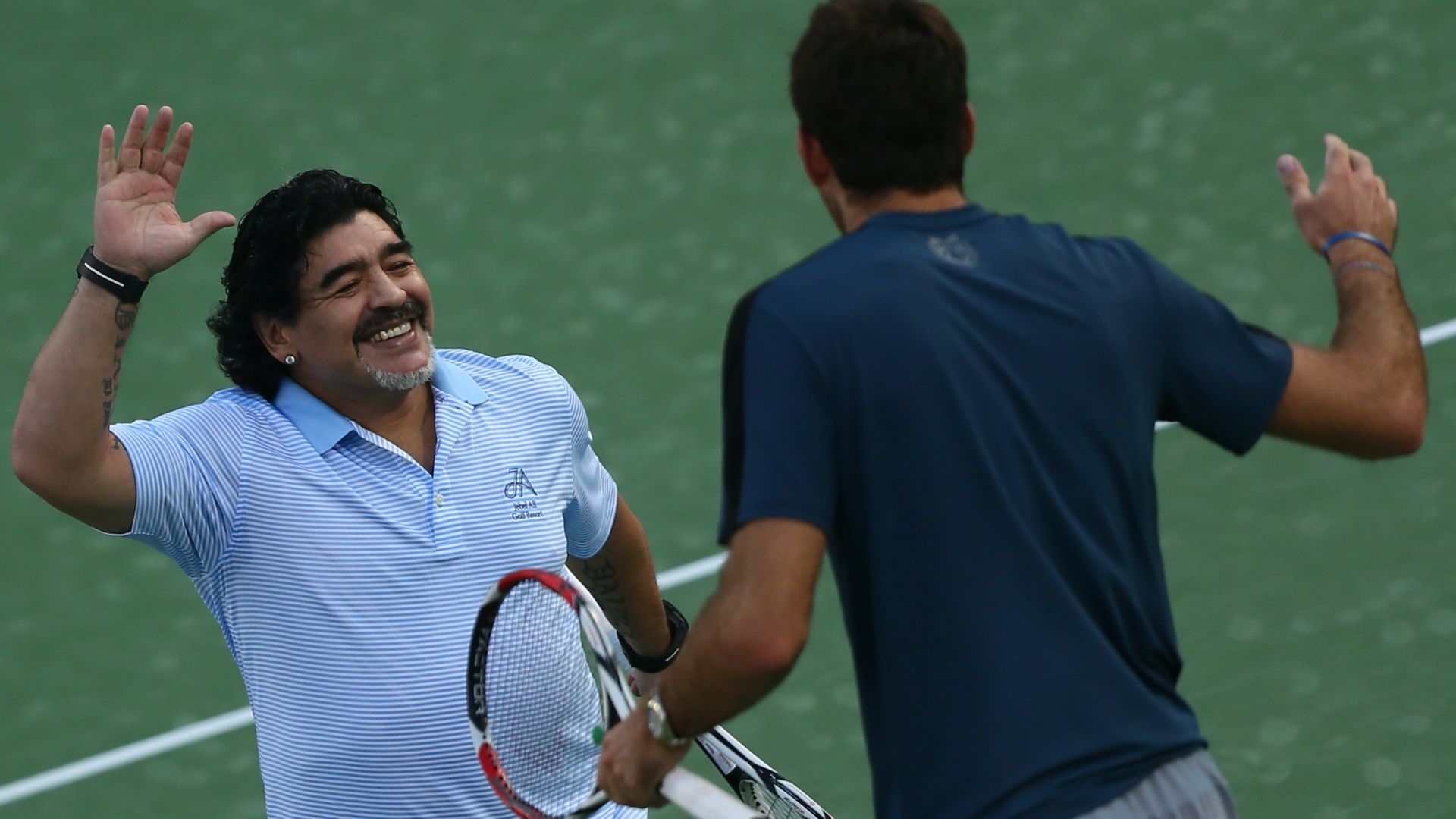 Andy Murray, Rafael Nadal, Diego Schwartzman and Juan Martin del Potro among those to pay tribute to Diego Maradona, who led Argentina to World Cup glory in 1986. The No 10 was regarded by many as the greatest footballer in the history of the game

Andy Murray led the tennis world in paying tribute to footballing great Diego Maradona who died at the age of 60 on Wednesday after suffering a heart attack.

Two-time Wimbledon champion Murray shared the memory of his meeting with Maradona, who played 91 times for Argentina.

Former world No 1 Murray wrote on Instagram: “I was lucky enough to meet Maradona once at the O2 Arena. He had come to watch the tennis there. He spoke to me for a couple of minutes in Spanish with unbelievable energy, passion and expression.

“Unfortunately I barely understood a word but that didn’t seem to matter. He was diminutive in size but clearly a larger than life character/personality with a tonne of charisma.

“The following day I was given a signed Argentina (shirt) which he left for me that you can see in the 2nd picture which reads..’To my friend Andy with all my love and hope that you soon become #1′

“Numero uno were the only words I understood from our conversation.”

Spaniard Rafael Nadal was among a plethora of tennis players past and present who were quick to pay tribute to Maradona.

“Today the world of sports in general and football in particular has a void,” Nadal said on Twitter.

“One of the greatest sportsmen in history, Diego Maradona, has left us. What he did in football will remain. My deepest and most heartfelt condolences to his family, the world of football, and to all of Argentina.”

The men’s ATP Tour remembered Maradona, who took Argentina to World Cup glory in 1986, with a social media post saying “A champion and icon loved by all”, accompanied with a picture of Maradona with Roger Federer.

Argentina’s Diego Schwartzman, who said recently his parents named him after Maradona like many others in the country after the World Cup victory, paid tribute in a social media post.

And former US Open champion Juan Martin del Potro joined fellow Argentineans in mourning the loss of Maradona, widely regarded as one of the greatest soccer players of all time.

“I feel like you’re returning to where you belong, to HEAVEN. For me you will never die,” said del Potro.