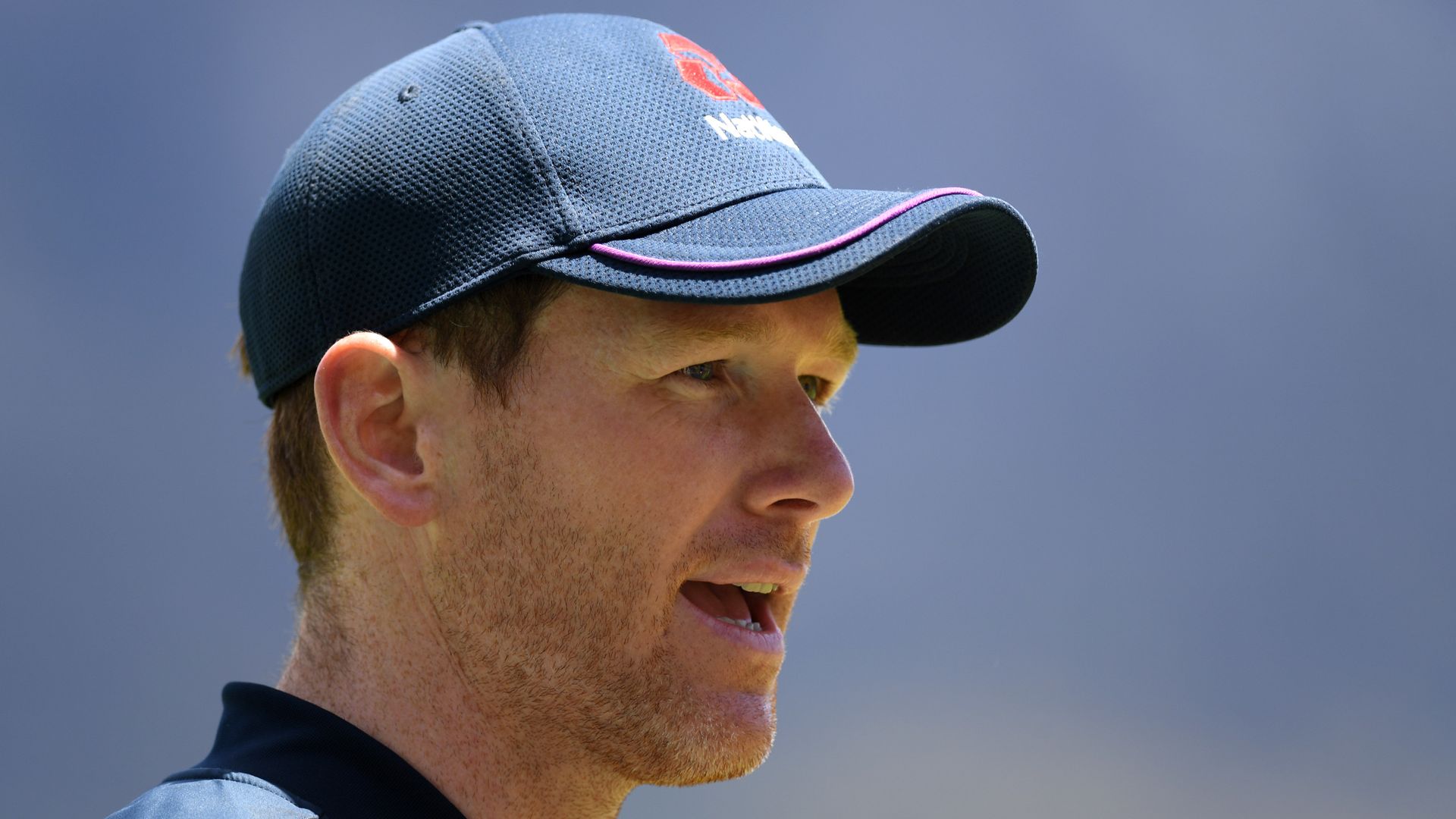 Skipper Eoin Morgan urges England players ahead of three-match series on Sky Sports to keep a flexible and open mindset against South Africa, and to build a winning trend that will contribute to winning a World Cup in India in 2021

England captain Eoin Morgan is relishing the chance to finally be able to select from a full-strength T20 squad for the three-match series against South Africa.

Morgan, 34, is keeping his XI for Friday’s opener under wraps but has a wealth of options to pick from as England step up their preparations for next year’s ICC T20 World Cup in India.

One of the most pressing decisions is the composition of the top order and Morgan said on Thursday that while winning the series is clearly important, his primary focus is getting batsmen and bowlers in the right roles – starting with a top-order where Jason Roy, Jos Buttler, Jonny Bairstow, Dawid Malan and Sam Billings are all vying for a slot along with the skipper.

“We do have some headaches, which we’ve had for some time now, but when we talk about having T20 cricket, we’ve had few and far opportunities to have a full squad together,” he told Sky Sports Cricket.

“Even this summer when we played against Australia we had as full strength a squad as we possibly could apart from Ben [Stokes] being away, but right here and now is as strong as it has been for a very long time.

“The challenge for myself and the selectors is to try and get the best and most productive formula of team out there, to try and utilise the potential that we have.

“Having that flexibility and open mindset, not just based on this series but moving forward towards a World Cup, we’re trying to build a trend so that guys can identify with roles that are best fitted to them, to hopefully contribute to winning a World Cup in India.”

Stokes’ return helps to balance the side but also muddies the middle-order selection, where all-rounders Sam Curran and Moeen Ali are vying for a slot.

The seam-friendly conditions in South Africa would seem to give Curran an advantage, but with the World Cup to be played on the subcontinent, the option of an extra spinner in the shape of Moeen Ali gives Morgan pause for thought.

“Looking ahead to the World Cup we will probably need the option of two spinners. Then again, if we have the luxury of two all-rounders in the side (in these conditions) in Ben and Sam, that is also huge.

“Winning at the moment would be great, but it is more important that we get the players roles right and they get comfortable in them. Then the results will look after themselves.”

Morgan led England to their first 50-over global title in 2019 after masterminding a four-year cycle of preparation that emerged from the aftermath of a humiliating showing in the 2015 World Cup.

As a leader he remains passionate about learning and growing as an individual – traits he expects his players to mirror – but he admits that the T20 schedule allows fewer opportunities for the squad to gel in comparison to the 50-over format.

“There are a lot of moving parts in comparison,” Morgan reflected. “In the 50-over World Cup preparation we spent a lot of time together, growing an identity as a group, which isn’t possible in T20 cricket – everything is short, sharp, guys need to be adaptable and open-minded and willing to commit to whatever team plan we are trying to implement.

“The benefit of going through that process with the 50-over team is that guys know that if we commit to a plan we can execute it and hopefully pull it off.

“So given there are two World Cups in the next two to three years, we’ll be looking to compete if not win one of them.”