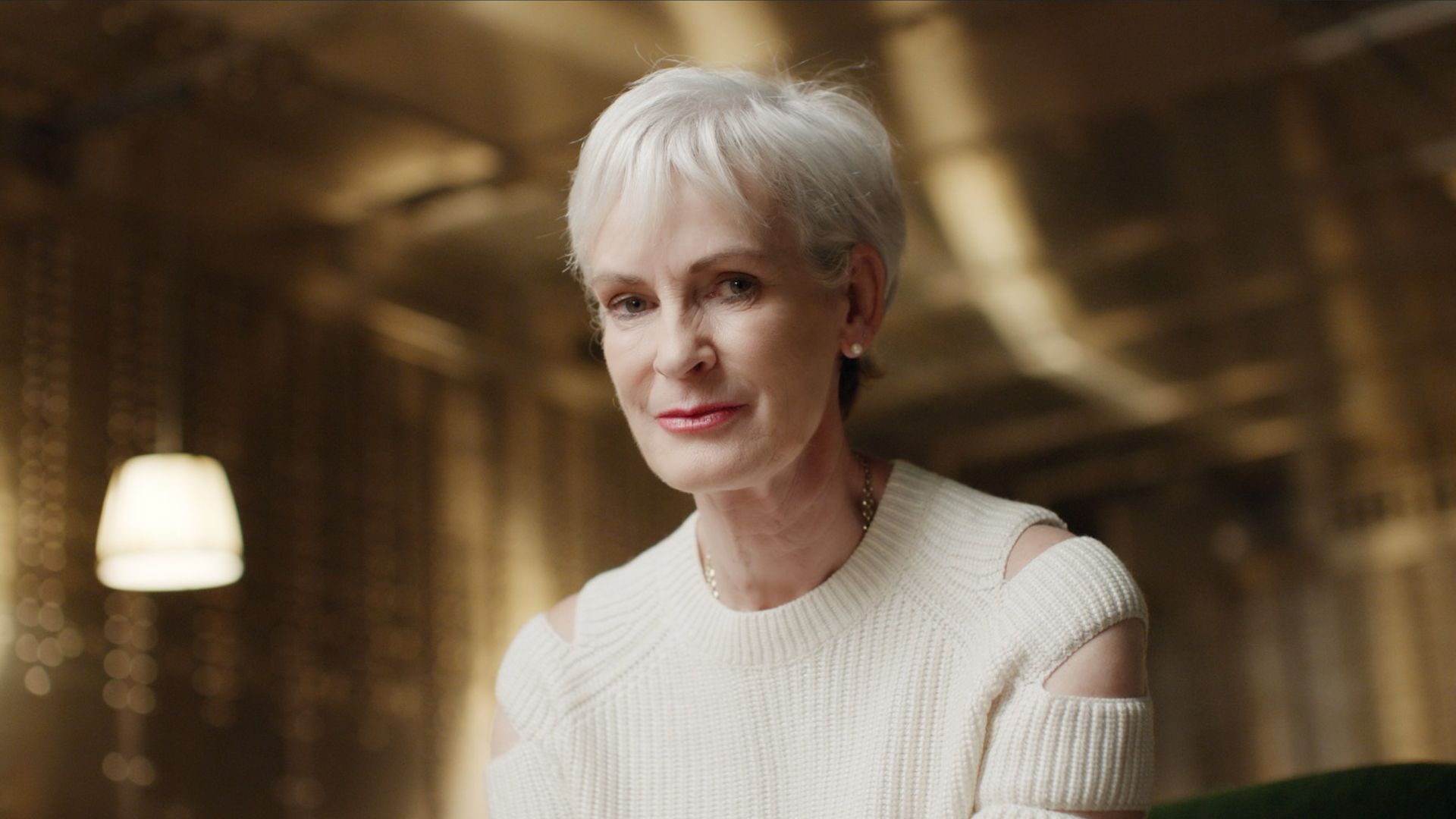 “If you tell me I can’t do something, I will go out of my way to prove you wrong.” Judy Murray has not, and never will, take no for an answer, particularly when it comes to things that she’s passionate about.

She is the type of person who does not just talk about doing something, she makes it happen and has done so throughout her professional career.

In Sky Sports’ new docuseries ‘Driving Force’, Murray will be interviewing some of the biggest names in sport and exploring stories of success, discrimination and acts of achieving the impossible.

Before she does, the first episode looked at her own tennis career and its impact on her, the misperceptions surrounding her being a ‘pushy mother’ and women’s roles in sport.

“Judy Murray has done so much for sport and so much for women. She’s a little bit of a disruptor – you always need that little disruption to make people think.” Billie Jean King.

Steph Houghton, Dina Asher-Smith and Victoria Pendleton are amongst the names interviewed by Judy Murray to explore stories of success, discrimination and achieving the impossible.

Some may not be aware that Murray was a competitive tennis player herself, and one who had aspirations to reach the top of the elite game.

When she was young, she did a ‘deal’ with her dad to let her take a year off after her exams to see how far she could get in tennis. At the end of it, she was ranked No 8 in Britain however, at the time, only the top six were selected to be part of a squad based at Queen’s Club in London.

Murray said that missing out was “a bit of a killer” and as a result, she suffered from a lack of further opportunities. Looking back, it was that lack of opportunity which formed a drive within her.

“Her determination was totally her own determination; it didn’t come from any other sources.” Roy Erskine – Judy Murray’s father.

Fast forward some time and after Jamie Murray’s arrival in February 1986, Andy Murray was born in May the year after. Murray moved back to Dunblane to be nearer her parents and with two young children, she didn’t feel she could go back to work.

“My job went and the car went with my job,” she recalled. “So, I suddenly found myself back in Dunblane and the only people I knew were my parents and their friends. I was starting from scratch.”

With the strength of character that her father highlighted, Murray looked at the situation head-on and decided to do something about it.

“I went over to re-join the tennis club and discovered that there was still nothing going on. I started to hit with some of the older teenagers and would do a couple of hours coaching a week when my mum looked after the boys.”

While the boys were still small, Murray, who wasn’t charging for sessions at the time, decided to exchange lessons for assistance with looking after them. Then, as they grew up, Jamie and Andy would join in and thrived in the sporting environment.

“In the sessions that were put on, Andy and I were the youngest of the group,” Jamie said. “We were happy to spend hours there, running around playing a bit of tennis and other games.”

“It was just good fun, we used to compete a lot,” Andy added. “It was all about enjoying playing sport.”

A perception held by some is that Murray was, and perhaps still is, a ‘pushy mother’.

“I think that people still have the misconception that I was a tennis coach and therefore I brought them (Jamie and Andy) up to be tennis players… nothing could be further from the truth,” she said.

“They grew up, in and around, a really great sporting environment. It wouldn’t have mattered what sports they wanted to try, they would have been able to have been pretty good at them.”

The fact that Andy did just as much football as tennis until the age of 14, and that Jamie had a three handicap in golf when he was 15, highlights that it was sport which was integral to their lives, not just tennis.

“We weren’t getting pushed back to tennis. It ended up being our decision,” Andy recalled. 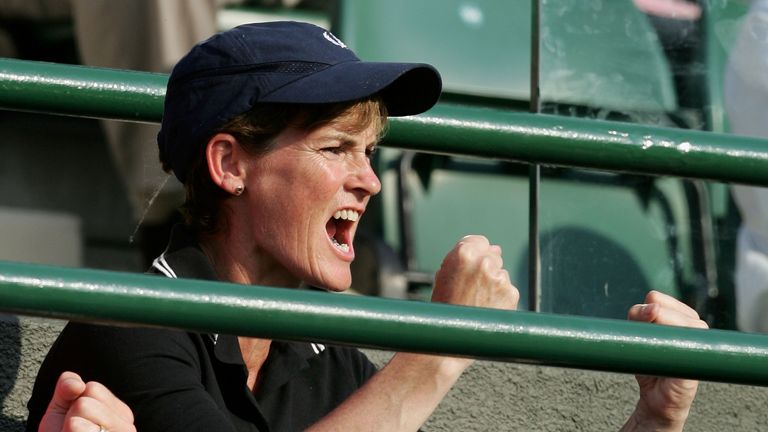 I think that the biggest misconception about my mum is that she was this pushy parent who forced us into tennis to create two tennis champions.

The misconception that both Judy and Jamie highlight, stayed with the former as her sons emerged onto the international tennis scene.

The passion that she showed while watching them courtside, coupled with her drive to support them in any way possible, led to a picture being painted and hammered home.

“They created this impression of me of as the pushy mum, I used to read everything because I wanted to know what people were saying.

“I remember going to one of Andy’s matches and they had done a slo-mo of me clapping. I had a vest top on, now I’m quite slim but it doesn’t matter how slim you are, in slow motion everything wobbles.

“I was watching it on the highlights and thinking, ‘what are you doing to me?’

“From then on, I sat with my elbows in and clapped like a sea lion. It made me feel that I couldn’t be myself because I was just going to get picked apart.

What hit me, was that the amount of press attention I gained had a lot to do with the fact that I was a mum of competitive sons, which is quite an unusual dynamic. You don’t often get the mums and sons; the nature of tennis meant that I was in the public eye without asking to be.

“Had it been their dad doing the same thing, he probably would have been applauded for it,” Anne Keothavong commented about Murray’s support of her sons. With Martina Navratilova adding her perspective on the issue.

“It’s amazing that the same qualities are applauded in men, but diminished if women do them.”

As words continued to be written about Judy, and Andy, with regard to his development as a singles player, she took it upon herself to take a bespoke PR course. The course was yet another sign of her proactivity.

“I wanted to understand it because Andy was being picked apart; he was too skinny, his shorts were too big, he hadn’t shaved, or his hair was a mess.

“When you see your child being picked apart like that… [it’s horrible] he was young, competitive and trying his best. That was one of the hardest things to deal with, learning how to handle it and live with it.”

The impact of the consistent criticism manifested itself in her actions at the 2013 Wimbledon men’s final, which was a monumental day for the family and for British tennis.

“I didn’t sit in the [players’] box because it’s a really uncomfortable feeling with people sitting alongside you and supporting the other person. If you’re me, then it feels like they’re working against your child.

“When Andy won, it was total relief rather than joy. It’s one of the things that I look back on and wish I could have enjoyed more,” she admitted.

“He managed to find his way up through the crowd and come through our side of the players’ box. The reason that I stayed in my seat was that I’d had so many years of being branded the pushy mum, a nightmare and someone who always pushes themselves into the limelight, which I don’t.” I just wanted to go and give him a hug, but I just thought that I’d get people saying that I was pushing my way in. He started to go back down again and then everybody in the crowd started to shout.

“She’s knocked down walls that I never thought anyone would get through. But, that just shows her personality, her drive and her love for the game. She’s determined to make a difference”. Sue Barker

Murray hasn’t ever let these misconceptions stop her from being a driving force in tennis and someone who is vocal about building the game at the grassroots level and for women across the board.

“When I took on the Fed Cup role, I learnt that you have to work an awful lot harder to make things happen on the women’s side of the game,” she said.

“I’ve got so much to share and I’m not going to be here forever, so for me [sharing knowledge] is a big thing.

“I think that every sport has got a challenge or getting girls in, and a bigger challenge of keeping them in when you get them in. The age that you tend to lose girls from sport used to be between 14 and 16, it’s much younger now between 11, 12 and 13.

“Girls are growing up much quicker. Unless you have people, who understand how to create an environment in which girls can thrive [you’ll struggle]. For me, the people to create that are women, because we were once girls.

“We’ve got to make sure that there are opportunities at every step of the ladder, so more women are working at the top of the game and are given the chance to do that.

“I’d like to have a legacy, in bricks and mortar to Andy and Jamie, where I can share the 30 or so years of experience that I’ve had in the tennis world. There’s no point just talking about it, I want Scottish tennis to be in a stronger place.

“You can’t do that unless you’ve got really strong people. I’d love to be able to pass on my passion and my drive by building a workforce for the future.”

Watch the full episode of ‘Driving Force’ with Judy Murray On Demand now. The second episode of the series will feature Steph Houghton and be live on Sky Sports on November 30.