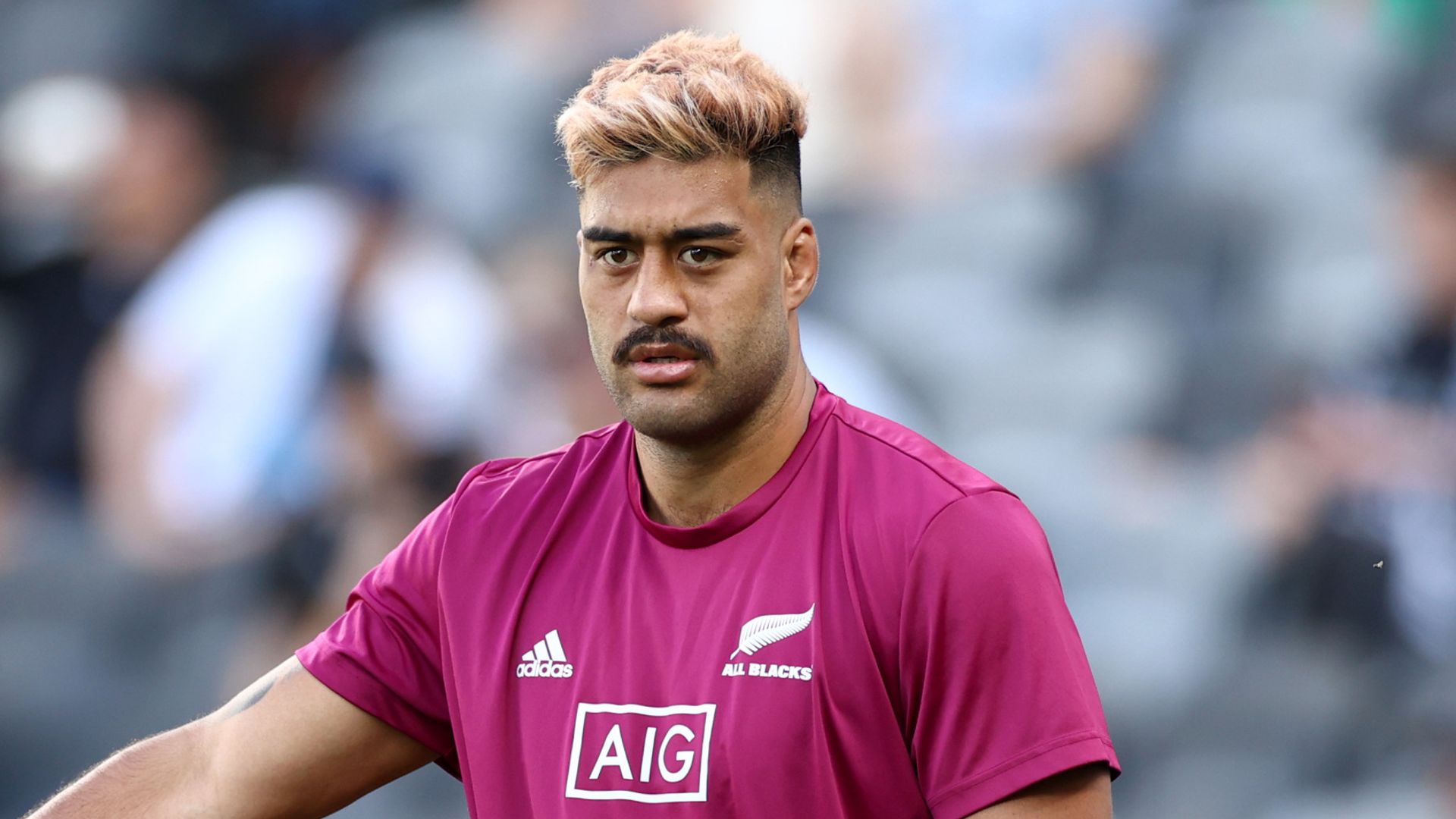 Watch Argentina vs New Zealand on Saturday; coverage begins on Sky Sports Arena at 8:15am, Main Event at 8:30am, kick-off 8:45am; All Blacks make three changes from side beaten by Pumas for the first time

New Zealand coach Ian Foster has made just three changes to the side beaten by Argentina in their previous Tri-Nations game for Saturday’s rematch with the Pumas but made it clear he expected significant improvement from that defeat in Sydney.

The All Blacks were totally outplayed by the Pumas on November 14 as the South Americans earned a stunning 25-15 victory, their first against the three-time World Cup winners.

The shock All Blacks defeat came a week after they lost 24-22 to Australia in Brisbane, and the rare back-to-back defeats sparked intense criticism of Foster and the team back home.

Foster, who has retained his entire backline from the first Pumas match but made three changes in the pack, revealed there had been some frank discussions with the players about their performance.

“We have made sure that we have had some hard conversations where we didn’t feel that we were up to our level,” he said ahead of the Sky Live clash.

“What happened two weeks ago was we weren’t smart enough. We didn’t use enough of our kicking options. We didn’t maximise our opportunities in the early phases and we didn’t go to where the space was.

“[This week] was a chance for the group to go out and learn from an experience that didn’t go our way and to apply those lessons.”

Loose forward Akira Ioane, lock Scott Barrett and tighthead Nepo Laulala are the only changes to the starting XV, with Foster opting to freshen up the forwards and add some size with Ioane’s selection.

While the Pumas won the collisions in Sydney, Foster said physicality had not been something they had specifically addressed over the past two weeks.

“The physicality is a constant work on, but we believe if we get some better decisions and more variety then that will take care of itself,” he added.

Ledesma had made only minor tweaks to his side for last week’s clash against the Wallabies after the breakthrough win over New Zealand in their tournament opener, but drew fully on his squad for Thursday’s team announcement.

Nicolas Sanchez, who has scored all of Argentina’s 40 points in their first two matches, remains at fly-half with inspirational captain Pablo Matera and Marcos Kremer retained in the back row and Guido Petti at lock.

Hooker Julian Montoya, who enjoyed great success at turning over the ball against New Zealand and Australia, is the other player to back up at the Hunter Stadium, reflecting the emphasis Ledesma’s tactics place on disrupting opposition ball.

Winger Juan Imhoff has been ruled out for the rest of the tournament with a torn hamstring, forcing one of the 10 changes, and is replaced on the left wing by Santiago Cordero.

Emiliano Boffelli, who missed the win over the All Blacks with injury, returns at full-back with Ramiro Moyano rounding out the back three on the right wing in his first test since last year’s World Cup.

Felipe Ezcurra will start at scrumhalf in place of Gonzalo Bertranou and there will be an entirely new centre partnership in Juan Cruz Mallia and Jeronimo de la Fuente.

Lucas Paulos will earn his first cap in the second row in place of Matias Alemanno, who drops to the bench after two impressive outings at lock.

The All Blacks can seize the advantage in the Tri-Nations if they beat the Pumas with a bonus point in Newcastle, with all three sides on six points.

The final game in the tournament is on December 5 between the Wallabies and Pumas.