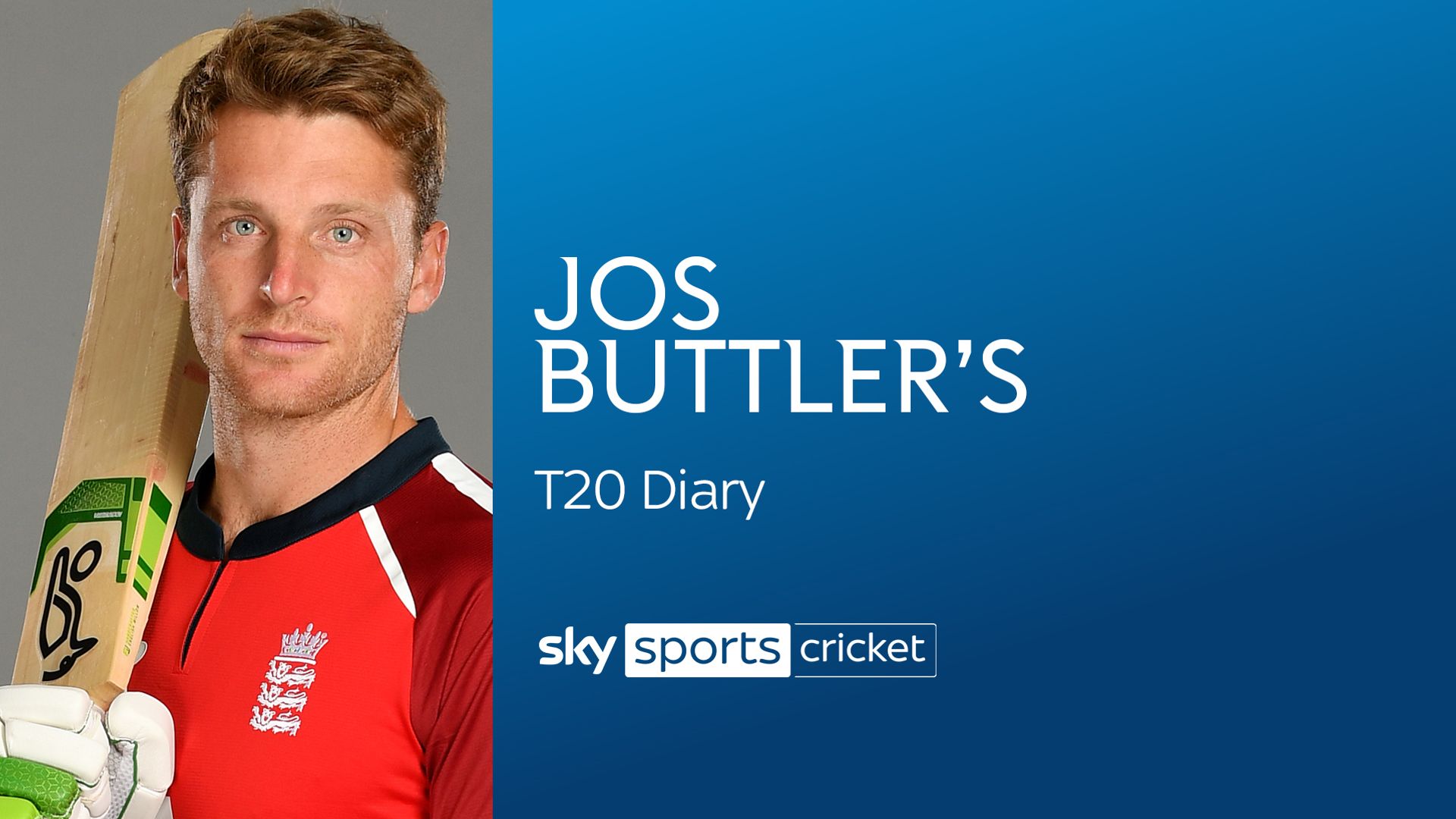 In his first Sky Sports column, England star Jos Buttler discusses the imminent white-ball series against South Africa, the potential return of crowds in 2021 and the good things about life in the bubble…

South Africa have got some fantastic players and I think it’s going to be a great series, starting with the first T20I on Friday.

We had a really exciting T20 series against South Africa back in February with some really high-scoring games, a couple of them played at altitude. Potentially, it might not be quite as high scoring but we’re really looking forward to the challenge.

I know there has been a lot of debate from outside about where I should bat in the T20 side, I’ve opened in the last few T20 games I’ve played for England and did so again in the warm-up game so I’m definitely preparing to be opening the batting.

It’s a job I’ve loved doing and I’ve loved having the opportunity to do it. But obviously we’re blessed with a whole host of talent who can do that role brilliantly well so it’s up to the coach and captain to decide the team combinations.

It’s just great for the team to have so much competition for places, not only at the top of the order but all throughout the side.

The warm-up games have been really good exercises for us. A group of us having been at the IPL playing competitive cricket very recently but for the guys who haven’t played since the summer, it is important to get that workload in and play outside in match scenarios ahead of the series.

Also, just that time on your feet, getting used to being in the field for a period of time and building that match-specific fitness is really beneficial.

We have such a competitive squad and that means you get really high-quality matches; you’re facing excellent bowlers and the intensity in the games is brilliant because people know that they’re pushing each other all the time to make the squad and the final XI and pushing our team to become even better.

A trademark of good sides is that they always have good players missing out, we have that and that competition for places drives improvement and performance throughout the squad. That’s a really healthy place for us as a team and can only benefit us.

We’ve heard this week that some fans will be able to return to stadiums in England from next week, which is hugely encouraging.

Hearing those sort of things is great for us and you can feel excitement from everyone because we get such a buzz out of playing in front of fans and playing in front of a crowd. When you look back at highlights that are on TV, the emotion and energy that a crowd brings to the game, you really miss it.

I think the quality of cricket behind closed doors has been really high, but I’ve certainly missed that engagement with the fans and the effect they can have on the emotion of the game. Obviously, it’s baby steps but encouraging signs.

You notice it, especially at tournaments like the IPL. I played against a couple of the South Africa fast bowlers while I was there and faced a 97mph delivery from Anrich Nortje.

Do you feel the difference between 92-93mph and 96-97mph? Sometimes. I just think that guys like him bowl fast! Some days they bowl faster than others or it feels faster but you’re not thinking about that, you’re just trying to play the ball as best you can.

It was probably only after the game when someone said that it was the fastest ball in IPL history that I thought ‘wow, he really was bowling quick!’ Maybe if a crowd was involved and aware of just how fast someone is bowling then that heightens the sense of everything involved in the situation.

Obviously, we’re building towards the T20 World Cup in India next year and given that before the coronavirus pandemic we were expecting to play the tournament in Australia this year, we’ve had to adapt our plans.

As I’ve mentioned one of the big strengths of the team is our depth of talent and a variety of players as well, so we should have a lot of bases covered. The grounds in Australia are generally bigger than in India and perhaps the pace bowlers would have had more of an impact too.

We played the last T20 World Cup in India and enjoyed that tournament, just missing out at the final hurdle but going back, we’ll have lots of fond memories and hope of a really fun and successful tournament.

Spin bowling will play a big part, as it always does in T20 cricket, and we’re fortunate to have Adil Rashid in our side. Adil has been such a key performer for us for a number of years, he’s been our leading wicket-taker for a long time so it’s really fun to watch him bowl.

He’s an exciting person to keep wicket to because you know he can create chances on both sides of the bat. He has been back to bowling as well as he can for a while now after his shoulder problems and is someone who we all love having in the team.

The plus points of life in the bubble

We get asked a lot about the challenges of staying in bio-secure bubbles for long periods of time and it can be tough – but on the plus side, you don’t have to pack your room up every couple of days!

I love this team as well and the guys who are in it. I think everyone has a great relationship in the side and when you’re locked down together, time spent at dinner and around the bar when you don’t have the option of going out, everyone stays together even more.

It is a really fun thing for us as a side, everyone gets on so well that it’s actually a little bit like being back at school, going off with all your mates and having a bit of fun – so it’s not all bad!