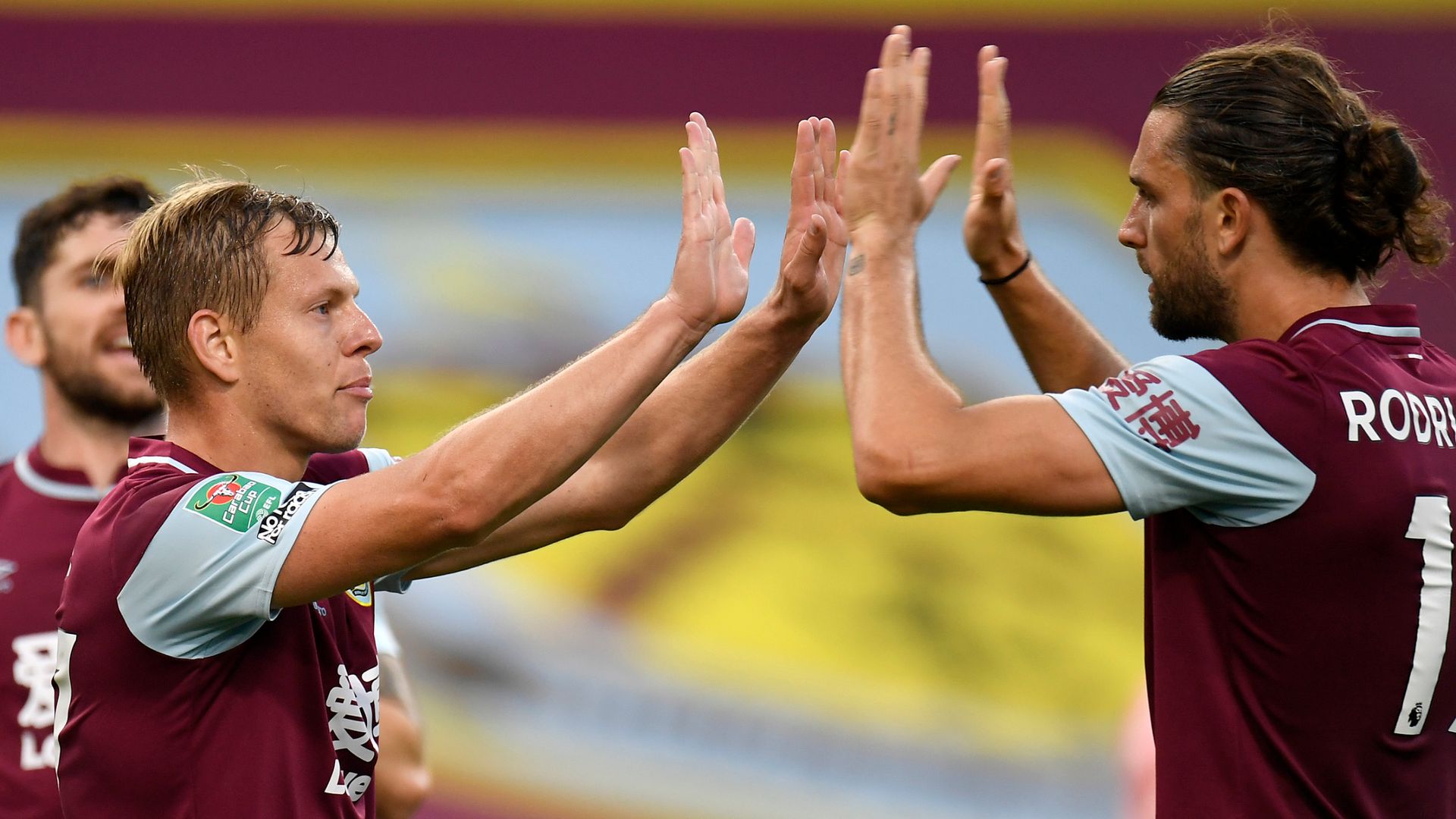 Burnley have extended the contracts of strikers Jay Rodriguez and Matej Vydra to June 2022.

Rodriguez rejoined the club he started his career with in July 2019 in a £10m deal from West Brom and has gone on to score 11 goals in 47 appearances for Sean Dyche’s side.

Vydra made the move to Turf Moor from Derby the previous summer after winning the Sky Bet Championship Golden Boot for finishing as top scorer in the division in the 2017/18 season.

The Czech Republic international has struggled to establish himself in the Clarets’ starting line-up but has already scored twice for them this season in the Carabao Cup.

Rodriguez told the club website: “I’m really pleased. I’ve enjoyed my time here with a great bunch of lads and, obviously, being in my home town with my family and friends is an added bonus.

“On the football side I’m enjoying playing, want to play more and still have a lot to give. I feel fresh, fit and ready to go.”

Vydra is also enjoying his time at Burnley and is keen to continue contributing to the side as they look to build on the 1-0 win over Crystal Palace on Monday night and climb the Premier League table after a slow start to the season.

“It’s really good for my family to be settled and to know that we will be here for another year,” he said.

“It’s been a successful time for the club while I’ve been here, playing in Europe and doing well in the Premier League.

“I get on well with all my team-mates here and it’s a good group to be part of. I still want to play my part and that’s something I’m aiming to keep doing.”

The strikers join midfielder Ashley Westwood and captain Ben Mee in committing themselves to the Clarets with new deals.