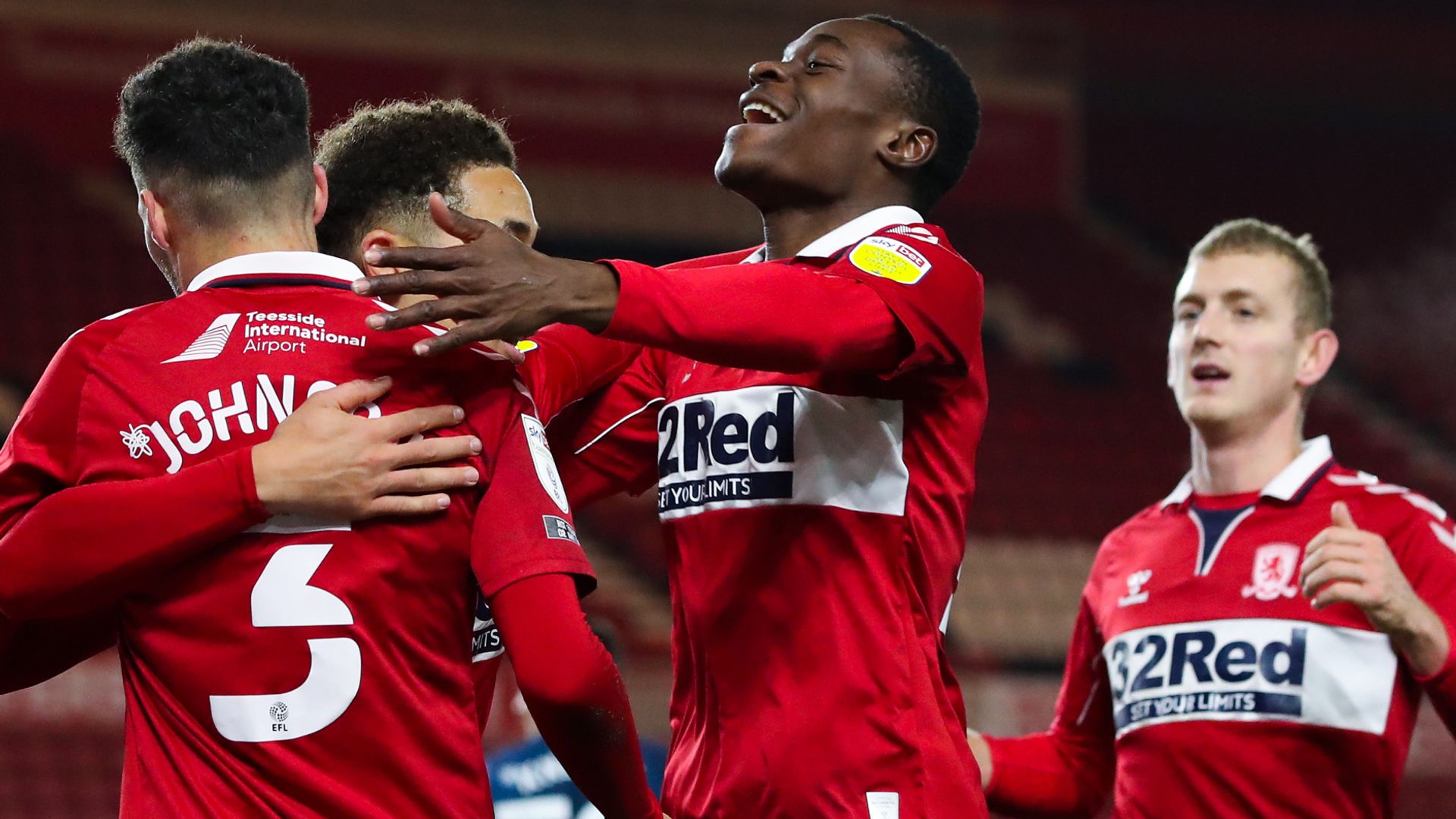 Middlesbrough piled more misery onto struggling Derby as they racked up their biggest victory under Neil Warnock with a 3-0 win at the Riverside Stadium.

Britt Assombalonga’s first-half strike fired the Teessiders into the lead, before a second-half own goal from Matthew Clarke and a curled finish from Marvin Johnson enabled them to bounce back from a weekend defeat to Norwich.

Middlesbrough climbed to seventh in the Sky Bet Championship, while Derby remain rooted to the bottom as their problems intensify.

Wayne Rooney might want a permanent managerial position but, on this evidence, he will have quite a task on his hands if he is offered the role.

Warnock handed a Boro debut to Duncan Watmore, who was signed as a free agent earlier this month following his summer departure from Sunderland, and the hosts began brightly, carving out a good opportunity inside the opening five minutes.

Marcus Tavernier released Patrick Roberts down the right, he squared the ball to Assombalonga, and Derby goalkeeper David Marshall got down well to turn the Middlesbrough skipper’s low effort around the post.

The Rams started the game at the foot of the table, but they gradually began to get to grips with their opponents and manufactured a couple of first-half chances.

Rooney, part of Derby’s interim management team that was appointed in the wake of Phillip Cocu’s dismissal, saw a first-half effort blocked by Dael Fry, before Tom Lawrence created a pocket of space on the edge of the 18-yard box, only to then to scuff a poor shot straight through to Marcus Bettinelli in the Middlesbrough goal.

Nathan Byrne curled a decent effort wide of the post on the half-hour mark, but Derby’s leaky defence has been their downfall all season, and they were conceding again three minutes later as Boro claimed the lead.

Jonny Howson’s cross flicked off the head of Andre Wisdom, enabling Watmore to nod the ball back across the area. Assombalonga reacted quickest, and muscled ahead of Clarke to bundle home from close to the goalline.

It was Assombalonga’s second goal of the season, and a third almost arrived a couple of minutes later. Roberts’ free-kick from the left was not cleared, but after swooping on the loose ball, Assombalonga dragged a low shot just past the right-hand post.

Derby’s management team threw on Louie Sibley for Martyn Waghorn at half-time, and the substitute almost made an instant impact.

Just 45 seconds of the second half had gone when he found himself in space in the left of the area, but his low strike flew wide of the upright.

Sibley threatened again shortly after the hour mark, firing in a well-struck shot from 20 yards that Bettinelli did well to parry down to his left.

That was as good as things got for the visitors, with Middlesbrough doubling their lead to make the game safe in the 71st minute.

They went close 60 seconds earlier when Marshall produced a fine save to deny George Saville, but the Derby goalkeeper could do nothing when centre-half Clarke diverted Johnson’s low cross into his own net.

Boro added a third goal with seven minutes left, with Johnson breaking down the right before stepping inside to curl an excellent finish into the left-hand corner.