Brooklyn based Alex Vargas, Giovanni Scuderi and Melissa Parker recorded stoppage victories this past weekend in Tampa, Florida, as the Team Havoc represented all continued their respective undefeated streaks.

Long Island native Vargas finished the year with a record of 9-0, 3KOs, with his victory coming inside the first 30 seconds as he wasted no time in walking his opponent down and stopping him in the opening stanza after a barrage of effective shots. 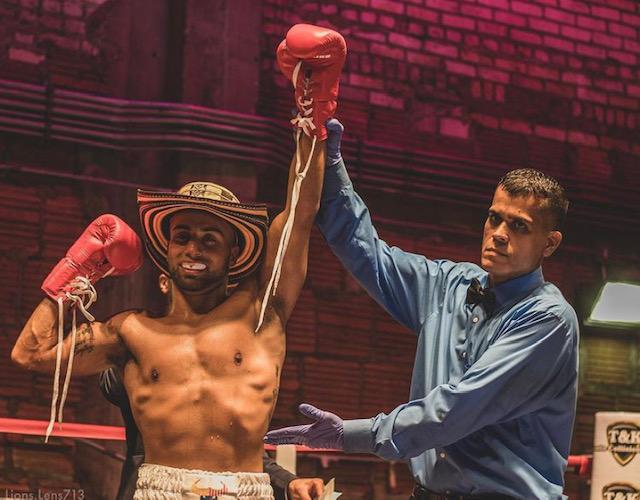 Scuderi also picked up another win in the opening stanza, as the towering Sicilian used his uppercut effectively to stop his opponent in a hard-hitting manner, with the referee bringing the fight to a halt in a timely manner. Scuderi moves to 3-0, 2KOs and returns to the ring on December 19 in Greenville, South Carolina.

Amateur standout and former US Marine Parker made it 2 wins from 2 as a professional, as she forced the fight to a closure in the final round of her six-round contest. A calculated barrage of punches overwhelmed Parker’s opponent on the night, with the referee stopping the contest in the final scheduled round. Parker now 2-0, 1KO, steps up to title action in her next bout on December 19.

Team Havoc’s chief Andre Rozier gave his take on the weekends proceedings. The Brooklyn native said, “I was extremely happy with the performances of the team. Alex Vargas got his second stoppage in consecutive fights and he’s really growing as a fighter and it’s great to see. Alex will step up in 2021 and I’m very excited to see how he progresses in the new year.

“Giovanni Scuderi is a consummate professional. He is always working hard and in the gym. He never misses a day and his improvements we have seen in camp have been reflected in his performance. Gio will box again before the years out and I expect another hard-hitting display.

“Melissa Parker will be a world champion I believe in 2021. We aren’t playing around with her. She got some well-needed rounds in at the weekend which I’m happy about against a tough opponent. We are fast-tracking her into title action and I look forward to seeing her back in action before the year is out.”