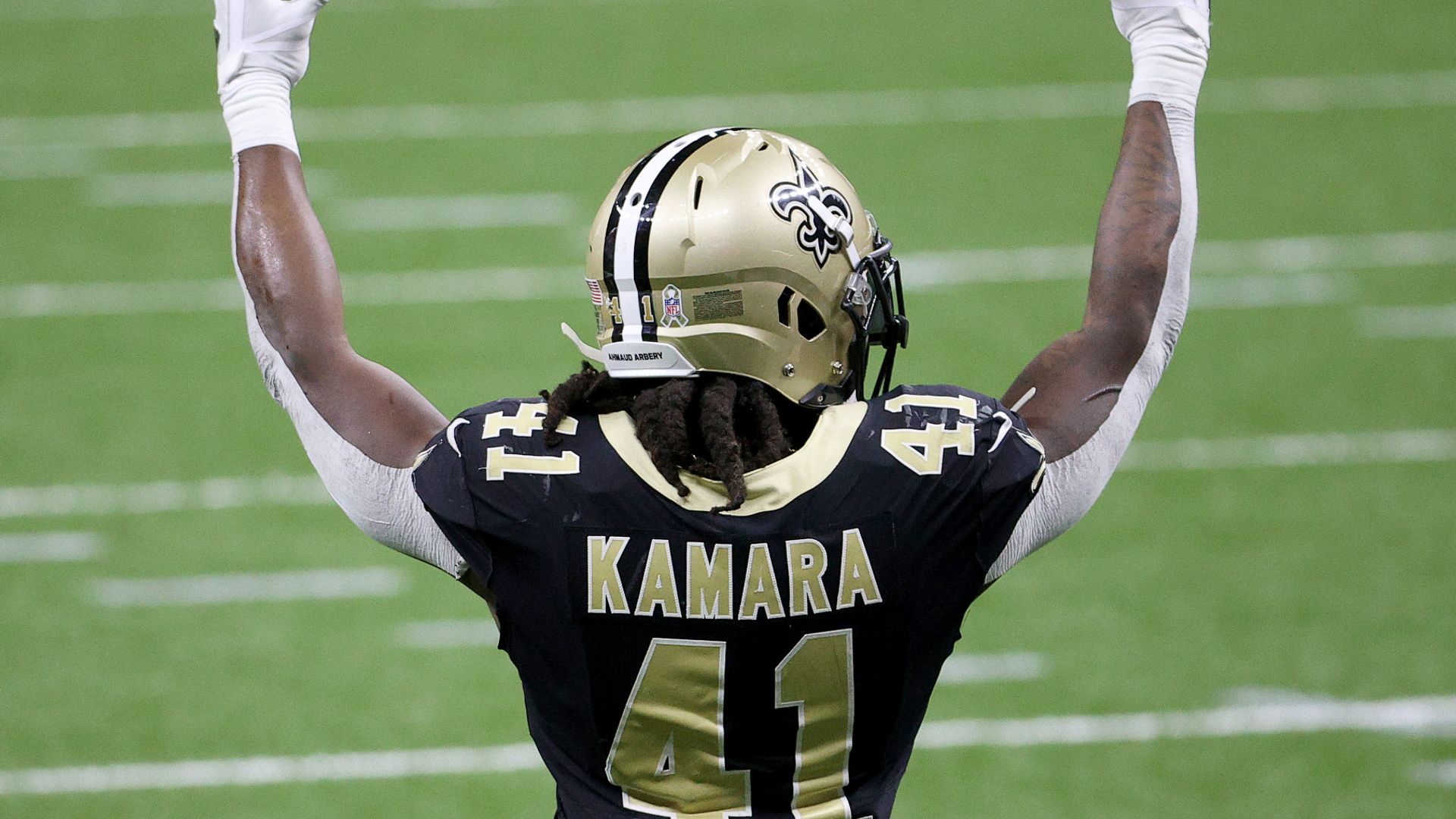 Good Morning Football’s Kay Adams has hailed New Orleans Saints running back Alvin Kamara as “a special player”, considering him to be the MVP of the 2020 season.

Adams, joining Sky Sports’ NFL Overtime (Tuesdays, 9pm) to give her top NFL Fantasy tips ahead of Week 12 in the NFL, said that Kamara has been her star performer this season.

“I’m in three leagues – well, four, but I never set my line-up – and I have Alvin Kamara in all of them,” Adams said.

“Number 41, I consider him to be MVP. He kept this team going when Michael Thomas was sidelined and they had defensive pieces missing.

“Kamara is a special player, in fantasy and real life on the field.

“[Carolina Panthers running back] Mike Davis too, he came out of nowhere, I picked him up off waivers after the Christian McCaffrey [injury] news and it really paid off.”

As for a player to watch out for in NFL Fantasy for the final few weeks of the season, Adams picked Houston Texans quarterback Deshaun Watson.

The Texans are 3-7 on the season, a major disappointment for the AFC South winners the past two seasons, but Watson has still been performing to a high level.

“I’m very excited about the Texans; it’s a sad story that it’s a lost season for this team; they have Deshaun Watson, who is a great quarterback,” added Adams.

“They traded away DeAndre [Hopkins], they fired their coach [Bill O’Brien]; there has been a lot of ups and downs there.

“But what they did to the Patriots [last Sunday] was sort of unbelievable; Watson, 344 yards, two TDs through the air [and one on the ground].