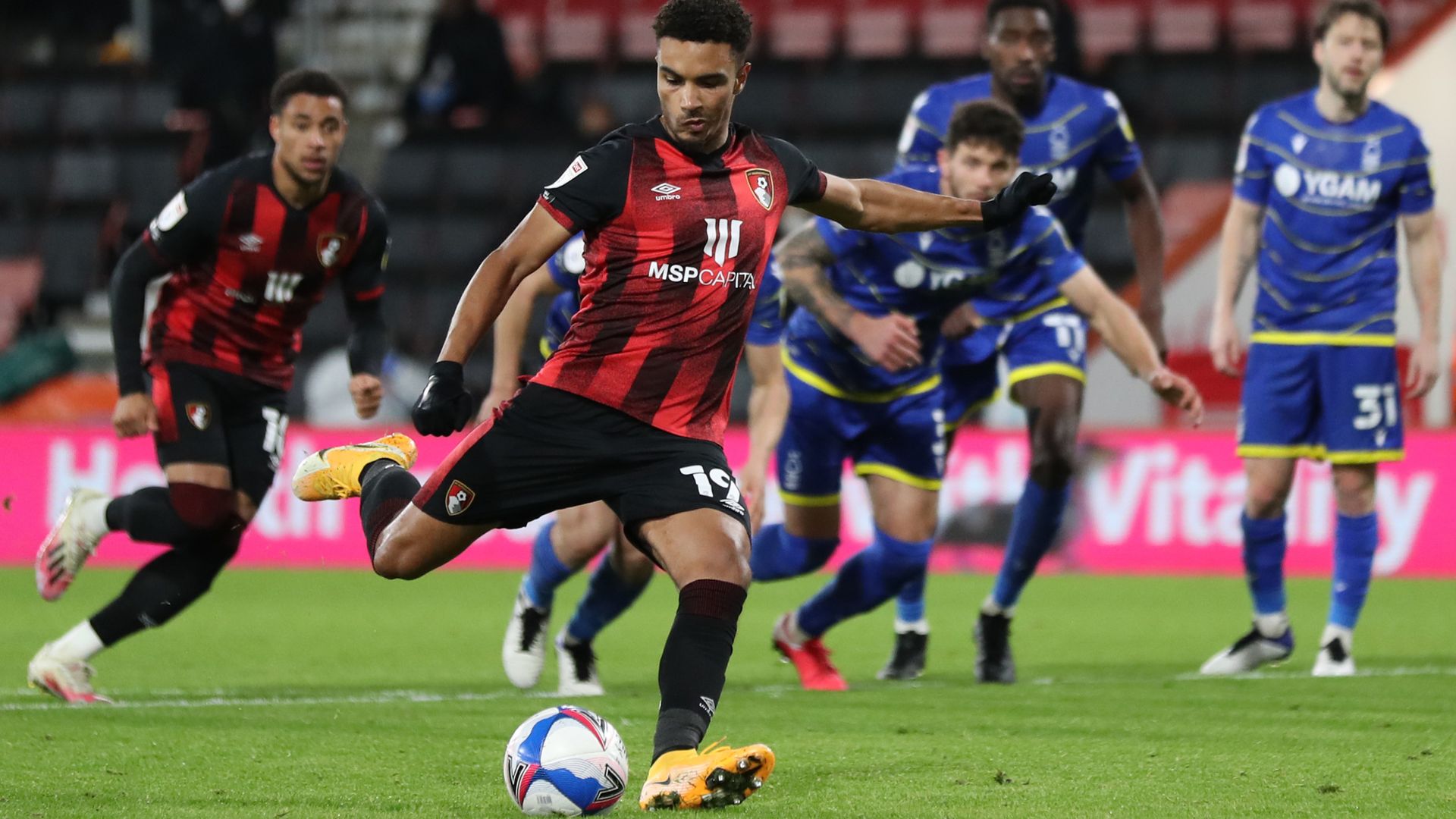 Junior Stanislas scored twice as Bournemouth kept up their push for an immediate Premier League return with an impressive 2-0 win over Nottingham Forest.

Stanislas scored early in each half to help Jason Tindall’s men maintain their unbeaten home record this season as Forest’s travel woes continued.

Bournemouth were the victims of a fast start during Saturday’s 4-2 comeback win at home to Reading but it was roles reversed as the hosts took the lead after only three minutes.

Seconds after the returning Harry Arter had blazed over the crossbar, Stanislas slotted the Cherries in front with his first goal of the season.

Samba made a smart save at his near post to prevent Arnaut Danjuma doubling Bournemouth’s lead in the 14th minute after the Dutchman had taken two defenders out of the game with a mazy run.

Forest had another narrow escape 12 minutes later when Brooks dragged a shot inches wide from the edge of the penalty area after bamboozling the Forest back-line with clever footwork.

Bournemouth thought they had extended their lead on the stroke of half-time after more Brooks magic.

The Wales international jinked his way to the byline before cutting the ball back for Stanislas, whose goal-bound effort through a crowded six-yard box was hacked off the line by Scott McKenna.

Stanislas passed up a glorious chance to double his and Bournemouth’s tally moments after half-time when he dragged a shot wide after once again being teed up by Brooks.

Stanislas then made amends by converting from the penalty spot after Jack Colback had been penalised for bringing down Dominic Solanke.

It took until 20 minutes from time for Bournemouth goalkeeper Asmir Begovic to be seriously tested, with the Bosnia and Herzegovina international making a flying save to turn Sammy Ameobi’s powerful strike over the crossbar.

Moments later Ryan Yates wasted a golden opportunity to reduce the arrears when he headed over from four yards after being picked out by substitute Anthony Knockaert’s pin-point cross.

Bournemouth, who defended well in the closing stages, could have had a second penalty in stoppage-time when Solanke appeared to have his heels clipped by Forest captain Colback.

Chris Hughton’s team have now picked up just one point from their last 12 available away from the City Ground, while the Cherries continue their promotion push under Tindall.