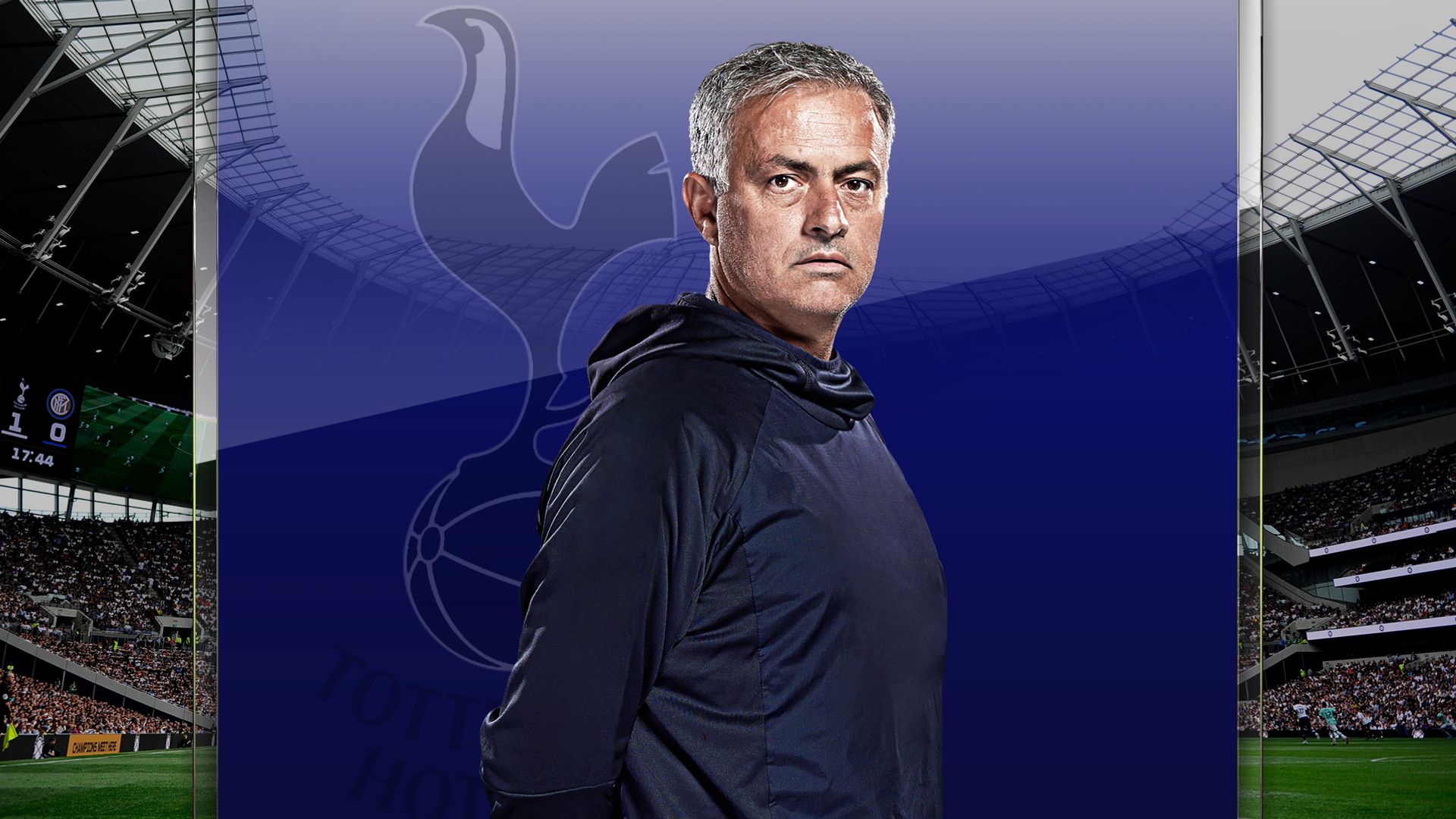 Jose Mourinho has been accused of letting modern football pass him by. But with stubborn defences a rarity this season, is the game standing still for him at the moment?

Tottenham sit top of the Premier League with 20 points from nine games, beating Manchester City on Saturday with a vintage Mourinho performance – they managed just 33 per cent possession as they soaked City’s pressure and hit them on the break.

In a chaotic season so far, Spurs are beginning to look solid. With fatigue ripe, and pressing sides being caught out, will this season’s title go to the best defensive side? And is that perfect for Mourinho’s style of play?

The perfect climate for Jose?

“What’s quite scary about Spurs is that they were two last-minute conceded equalisers away from being four points clear.

“In our first podcast of this season I think we were stunned at just how bad Spurs were against Everton, losing 1-0. They were woeful all over the pitch, and I thought this would be a tough season for Mourinho. They are proving a lot of people wrong. Pierre-Emile Hojbjerg that day was atrocious, he could not trap a bag of sand, but now he looks like the sort of monster in midfield that wins you trophies.

“We have spoken a lot over the last few years about what Jose has lost. We have asked: has football moved on from Jose? In actual fact, this season I think football may just be standing still for Jose, and it all works in his favour.

“And what I mean by that is: teams who play sensibly, take less risks and manage games will be among those challenging this season. Spurs did all three things on Saturday. I think it’s no surprise that Spurs and Chelsea have shut up shop recently and play each other this weekend as two of the most in-form teams in the Premier League.

“Spurs have gone from an entertaining style under Poch to a distinct, hard-to-beat style under Jose. The key there is that it’s distinct and very on trend for this season.

“I’d also say that Spurs’ was essentially a studio when Jose walked in – I questioned whether that documentary was good for the club – but Jose has actually done some good PR recently, he’s pushed the ‘happy’ narrative since day one, I’m not sure we all bought into it, but I would say that I think the Instagram account is an attempt to prove that he can be light-hearted, and although it is just another episode of The Jose Show, I think it’s actually working for him.”

“It was trademark Jose. If you rewind back to when he was Chelsea manager, he criticised teams for parking the bus. He then went to Manchester United and got criticised for parking the bus. I think he’s got a different type of bus at Tottenham… a turbo-charged bus. When you have outlets like Harry Kane and (Heung-Min) Son, the opposition need to be on their guard for the entire 90 minutes.

“What was impressive about Jose Mourinho’s masterclass is that he said he had no players around during the international fortnight, so he plotted this on his own. He had very little preparation with the team himself.

“It’s one thing telling your players: ‘I want you to do this’ but for them to go out and execute it I thought was absolutely phenomenal. The concentration levels you need to execute a plan like that, every player playing their part, I was astonished how they managed to do that, especially to a team like Man City.

“Hats off to Jose, trademark Mourinho.”

Can Spurs win the title?

“Can they? Yes. Will they? I still can’t see past Liverpool. If Tottenham were to do it you would have to say it would be up there with Jose’s best achievements. It would be comparable with Porto winning the Champions League in 2004, and Inter Milan’s Treble in 2010.

“If you look at Jose’s and his managerial career, he seems to have his greatest moments when his team are underdogs and not expected to do big things.

“I just think now, for all the doubts Spurs fans would have had, particularly to do with playing style, Spurs fans are so desperate for a trophy now, and they have the guy who can deliver it. They are in the fight now for the league title itself.

“It would be an astonishing achievement. Who would have thought we would be saying that a year on?”

“I really liked what Jose said about Kane and his man of the match award – Jose said how delighted he was that a striker who has not scored a goal can get man of the match, and suggested it might change the way modern football thinks about strikers.

Maybe he will be responsible for everyone that loves football to change the way people look at a striker. The tendency is to see how many goals a striker scored. But a striker can be MOTM without scoring.

“I completely, completely agree with Jose – your modern striker cannot just be someone who scores goals and nothing else. The idea of a 20-25 goal striker just being a finisher I think is on the way out.

“In fact, more often than not, players who have a decent goal scoring rate but do nothing else are eventually moved out of clubs. By the way, Kane has never been the type to just score goals, he has always been someone who gives his all for the team, but more so now, Kane is becoming the all-round forward, not centre-forward, the all-round forward.

“His touch, strength, intelligence, dropping deep, teamwork, range of passing – and that is before we even talk about his finishing ability. We questioned what Jose’s style of play would do to Kane, and again I will hold my hands up, I thought it was time for Kane to move on. I thought if a Manchester United came in, he should go. But it is all clicking at the moment and he’s becoming an all-round player.”