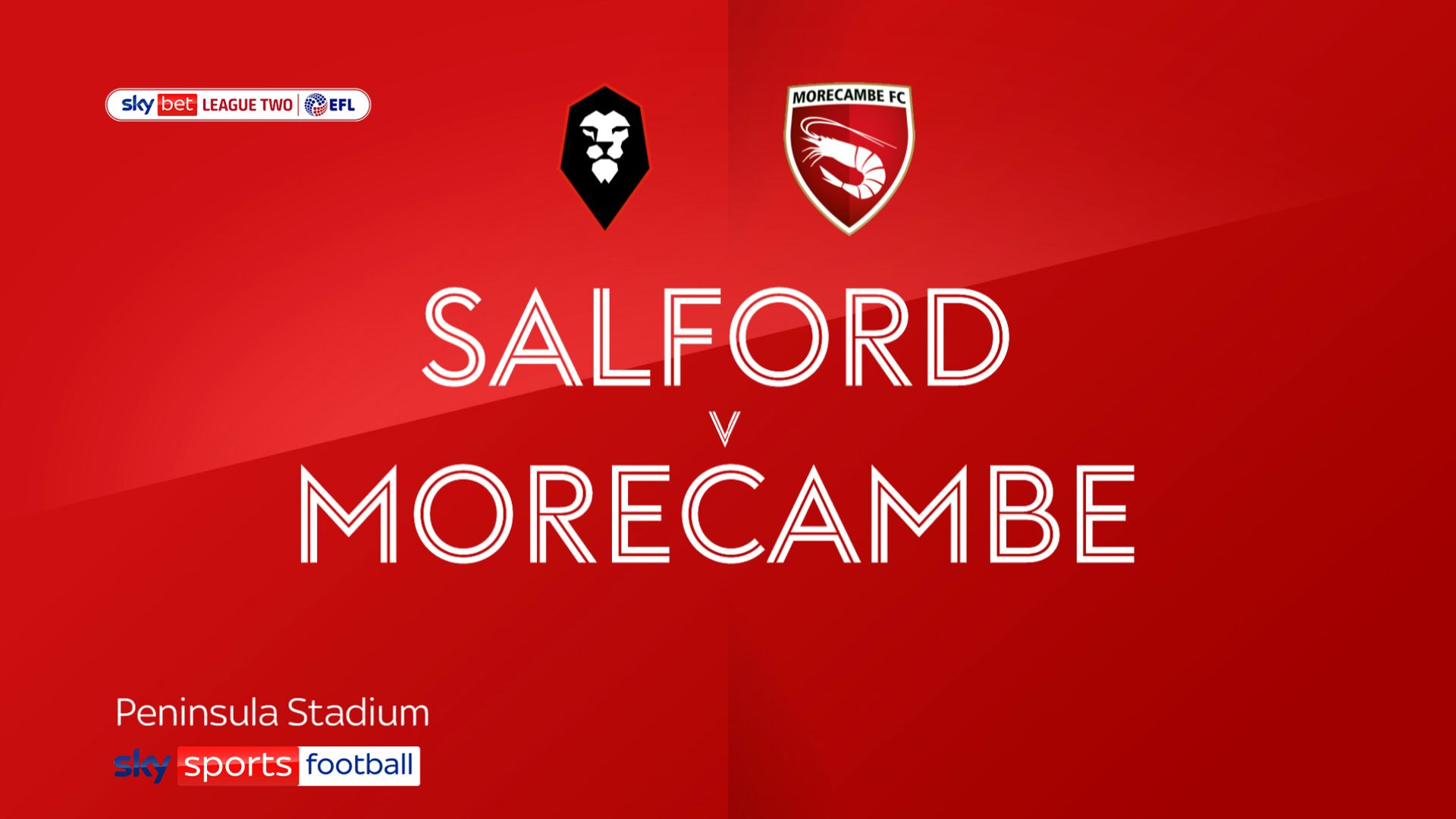 Salford moved back into the League Two play-off places as two stunning Ash Hunter strikes lit up a bruising 2-1 home win over Morecambe.

The Ammies playmaker gave the home side a 41st-minute lead against the run of play with a wonderful dipping curler, and scored again three minutes later with another rocket from outside the box.

The visitors had impressed early but could not find a way past Salford goalkeeper Vaclav Hladky, with a frustrated home side seeing four players booked before the break.

Cole Stockton gave the Shrimps hope early in the second half as he cut in and fired low into the corner, and Carlos Mendes Gomes could have equalised but lobbed over the bar.

Morecambe continued to press with Adam Phillips drilling a half volley just wide and a penalty appeal for handball waved away in stoppage time.

The home side hung on to record back-to-back wins for the first time under new boss Richie Wellens.