It’s been just over a year since IBF welterweight champion Errol Spence nearly died in a horrific late-night Ferrari crash — and the boxer told TMZ Sports how the incident changed him forever.

“Yeah you look at life kinda different,” Spence, 30-years-old, stated. “You find out you’re not invincible, for one … so then you just care for things a lot more, making sure you spend time with your loved ones and things like that.”

“You never know when you’re gonna go. So for me, it’s spending time with my loved ones.”

As we previously reported, Spence — one of the best boxers in the world — wrecked his Ferrari during an Oct. 10 crash that was captured on video. 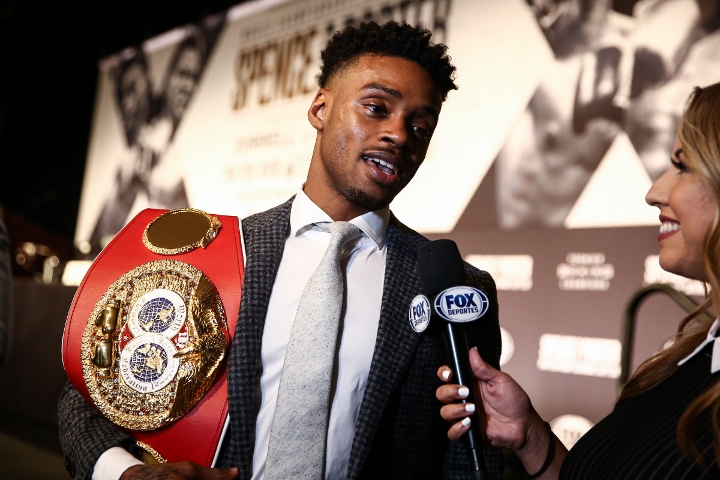 The fact he survived is nothing short of a miracle — considering he was ejected from the vehicle on impact and the car was ripped to shreds.

The reigning WBC and IBF welterweight champ not only fully recovered from his injuries, but began training to defend his titles against Danny Garcia on December 5th as the headline bout of a Fox Sports Pay-Per-View event.

So why rush in against a top opponent instead of taking a warm-up match?

“I didn’t wanna ease back into things. I feel like I’m the top guy in the division. I’m the top dog. So, I wanted probably the next best thing which is Danny Garcia.”

Spence notes he was supposed to fight Garcia before the crash — “So, I decided to continue with it and fight him in December.”

And, if he wins, Spence already has another opponent in mind … four division champion Saul “Canelo” Alvarez.

Spence has said in the past that he would entertain facing Canelo at 160-pounds, but whether or not the Mexican star can still make the weight is another question.

“It’d be an awesome fight at 160 pounds,” Spence tells TMZ Sports … “Especially if we have it at the Cowboys stadium!”