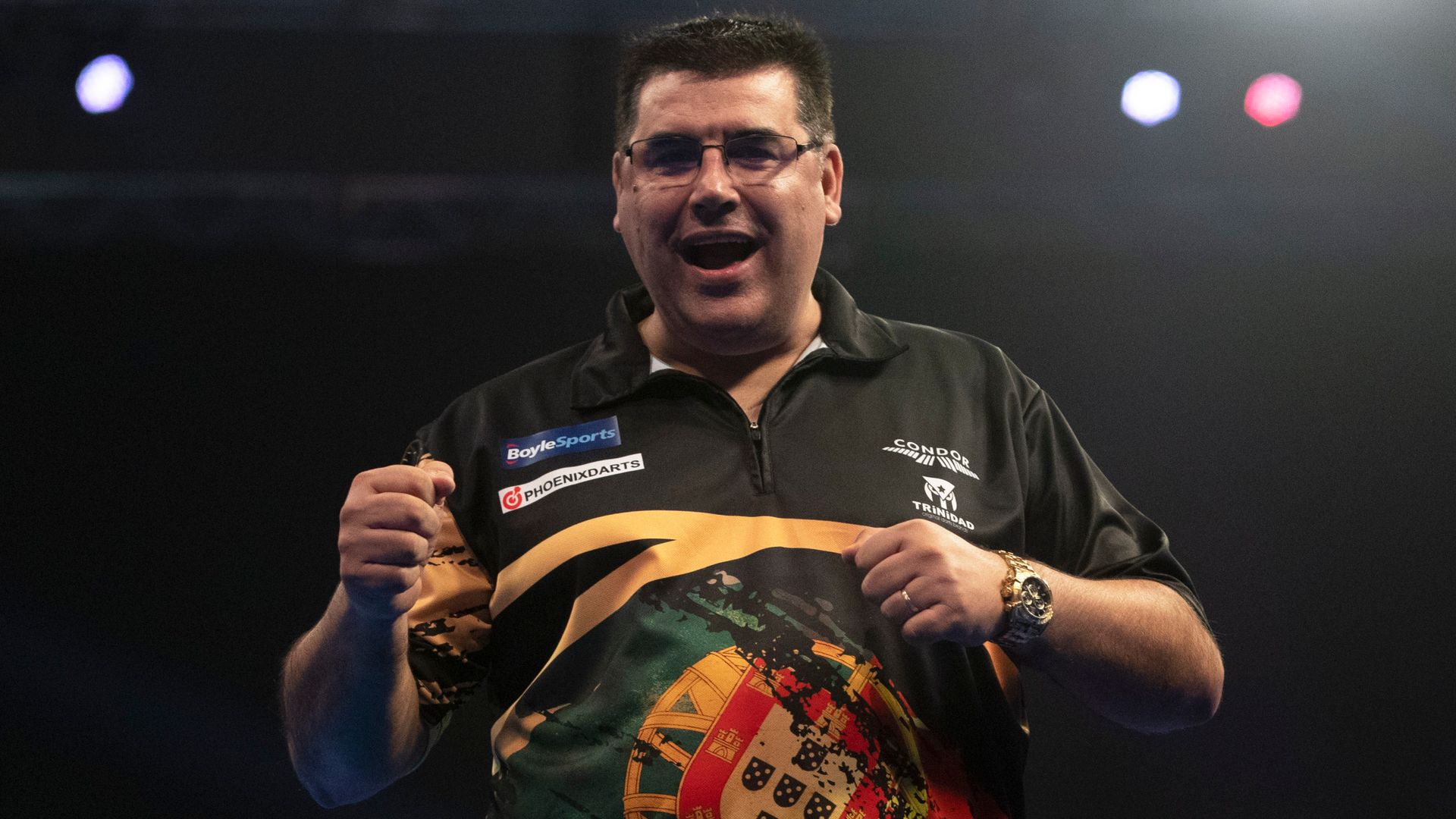 By Paul Prenderville at the Ricoh Arena

A 16-12 victory over nine-time major champion Wade caps a remarkable and whirlwind 18 months for the 46-year-old, who has won three ranking titles since last September but now has a PDC major, the £125,000 first prize, a place in the world’s top 16 and the Eric Bristow Trophy to his name.

Michael van Gerwen and Gerwyn Price’s early exits meant there was always going to be a new name on the trophy and in a week that saw each of the world’s top six fail to reach the semi-final, De Sousa is the sport’s latest new champion.

‘The Special One’ averaged more than 100 for much of the game, and showing remarkable composure in the match of his life conjured up a magical 158 finish to cross the finish line in style and leave Wade to left to reflect on another near miss and a third Grand Slam of Darts final defeat.

Wade remains one short of becoming the third man to win 10 major titles and he looked on as a tearful De Sousa enjoyed the moment of his life – just a couple of years on from leaving life as a carpenter behind to become a professional and secure his Tour Card at Q-School in January 2019.