Hill, who resides in New Orleans, Louisiana, improves to 14-0, 9 knockouts.

The 27-year-old last fought on August 29, knocking out veteran Rondale Hubbert in round 4. The win over Hubbert took place seven weeks after Hill defeated once-beaten Xavier Wilson by unanimous decision. 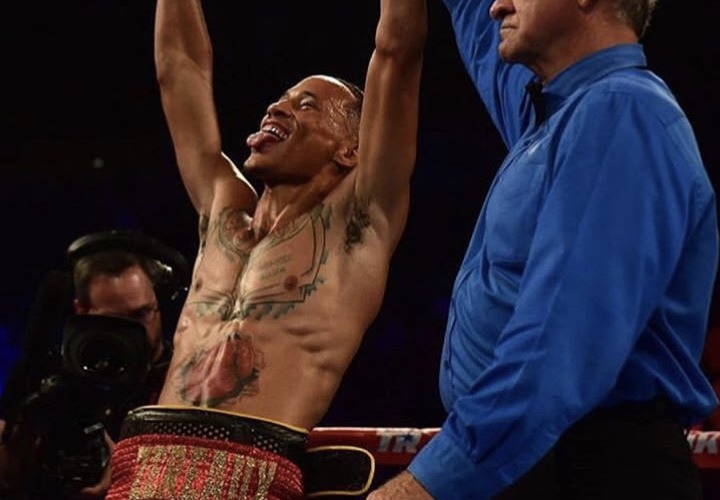 After fighting to a draw in his pro debut in November 2011, Castellon (16-4-1, 12 KOs), who resides in Fort Lauderdale, Florida, would win his next 16 bouts before losing by knockout to journeyman Carlos Garcia Hernandez of Puerto Rico in January 2018. He would lose the next two bouts, both by knockout.

With Floyd Mayweather sitting at ringside, Hill was the aggressor from the opening round, walking down the southpaw Castellon and forcing him to fight off his heels. Hill would at times smithed himself, but would finally connect with several straight and rights cross to the head of Castellon.

Castellon beat the count, and despite being on unsteady legs, fought on. Hill went on the attack, forcing Castellon back against the ropes, landing a barrage of punches until referee Frank Santore, Jr. stepped in and stopped the bout at 1:35.

Hill, who is managed by Adam Glenn, has now stopped seven of his last nine opponents.

Cloud (25-3, 20 KOs), who resides in Tallahassee, Florida, was returning to the ring for the first time in over six years, when he was knocked out in round 2 by then-unbeaten prospect Artur Beterbiev.

The 38-year-old Cloud was the aggressor from the opening bell, backing up Soft for much of the fight. Over a minute into round 3, Cloud landed a double jab, followed by a straight right and a left hook to the head, dropping Soft to the canvas. Soft beat the count, but waved the fight off at 1:29.

Soft, who resides in Rapid City, South Dakota, drops to 4-12-1, 1 KO and has now lost eight of his last nine bouts.

The card was promoted by Lank Promotions.