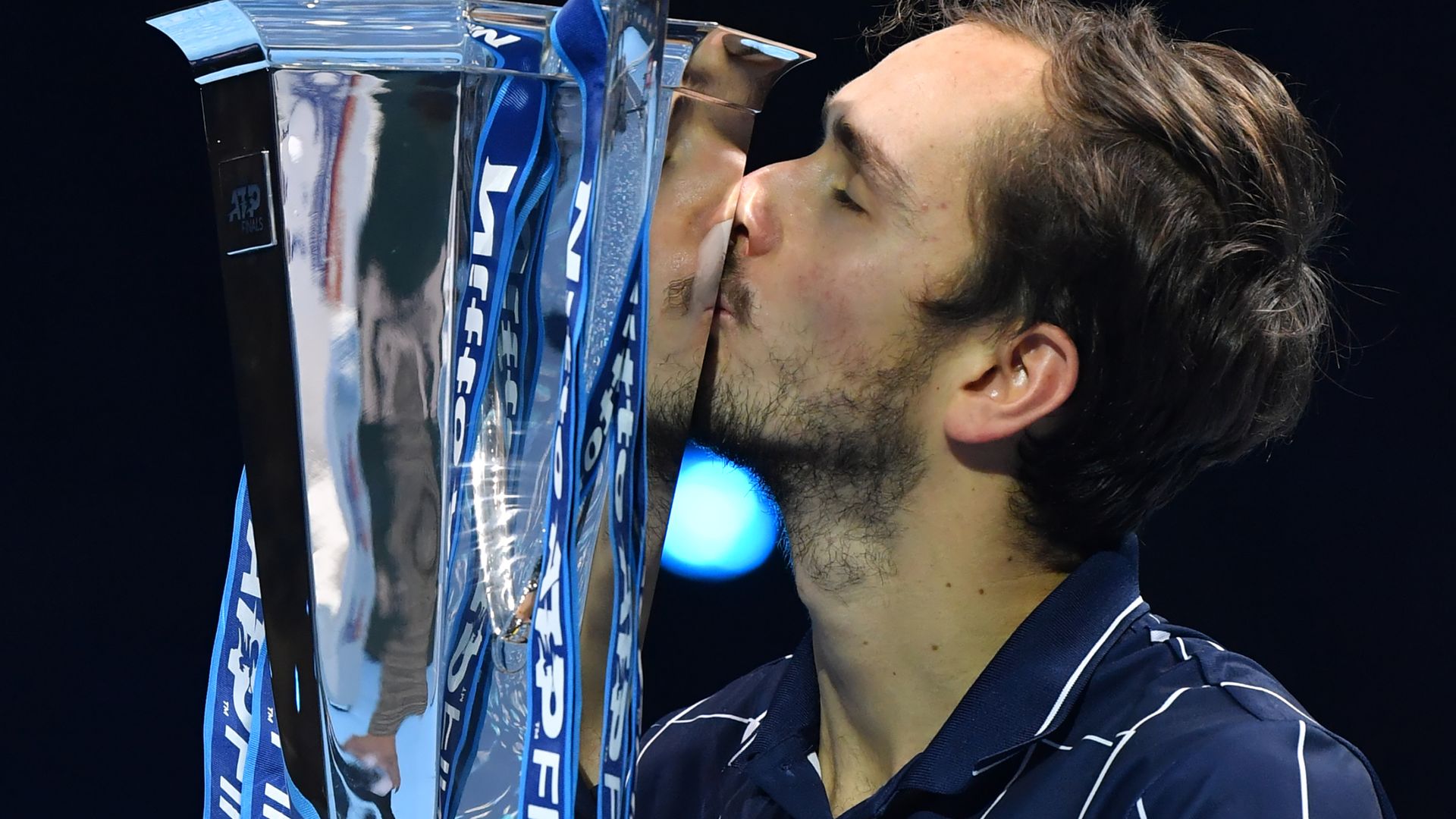 The final ball struck in the 2020 season made Daniil Medvedev a deserving last
winner of the ATP Finals in London but where the next ball is hit remains to be
seen. At least a tournament was possible, which is not yet guaranteed to be the case
for the Australian Open

It’s been an epic time at London’s O2 Arena with yet more thrills and spills, but all good things must come to an end. We look back at the 2020 tournament and it didn’t disappoint with Daniil Medvedev crowned ATP Finals champion.

Medvedev claimed the biggest title of his career with victory over Dominic Thiem on Sunday night.

Thiem was on course to become the first Austrian to win the title, following on from his recent US Open triumph.

However, the relentless Medvedev turned the tide to strike a blow for the new generation striving to shake up the tennis hierarchy.

Magic Medvedev does it on big stage

In doing so, Medvedev became the first player in the 50-year history of the tournament to beat the world’s three leading players at the same event.

Medvedev, who defeated Novak Djokovic in the group stages and Rafael Nadal in the semi-finals, completed a hat-trick of London titles for the new generation as he followed in the footsteps of Alexander Zverev and Stefanos Tsitsipas.

Changing of the guard?

Novak Djokovic, Roger Federer and Rafael Nadal have dominated men’s tennis. They have won an absurd 56 of the last 67 Grand Slam titles between them, including 14 of the last 15 with Thiem finally breaking the stranglehold by winning this year’s US Open.

Nadal has just won a 13th French Open title without dropping a set and he and Djokovic especially will still be the strong favourites going into 2021.

But Thiem, Medvedev, Alexander Zverev and Stefanos Tsitsipas have had more success against the trio than the generations before them.

Federer will be 40 next year and has missed almost the whole season following two knee operations.

Nadal is 34 and Djokovic 33 and both can be shakier in the big moments than they once were. Although you cannot write them off just yet, there’s no doubt the end of an era is nearing ever closer.

London hangs up for the last time

It is easy to forget that bringing the tournament to The O2 in 2009 was deemed a big risk. But close to three million fans made the journey to Greenwich during the first 11 years, making it one of the most successful tennis events in the world.

The ATP had hoped to go out with a bang, especially given it is also the 50th anniversary of the tournament, but instead, coronavirus means no fans were allowed and all fireworks were reserved for the TV coverage.

After moving from Shanghai, the capital has seen eight different winners in 12 years. Nikolay Davydenko won in 2009 before Federer claimed the title the next two years. Djokovic then dominated for four straight years before Britain’s Andy Murray walked away with the title and No 1 in an unforgettable 2016 event.

Grigor Dimitrov, Zverev, Tsitsipas and Medvedev made it six different winners in as many years.

The Italian city has been selected to host the ATP Finals from 2021-2025 with the Pala Alpitour stadium, Italy’s largest indoor sporting arena with a capacity of around 15,000, due to host the biggest indoor tennis title in the world.

Turin will be the 15th city to host the prestigious season-ending tournament since its inception in 1970 and after London’s success, it has a lot to live up to.

World No 1 Djokovic said: “It’s a tournament that has historically moved around and so I’m very excited to see it move to Turin from 2021.”

At the start of the year, nobody would have envisaged what was to come with the tennis season shutting down for six months.

Thiem summed it up when he said they were lucky to be doing their jobs again despite playing under unprecedented ‘bubble’ conditions.

“When the tennis world, our job came back – I mean, luckily it came back – everything was different with life in the bubble, playing without [a] crowd. There were many, many new experiences,” Thiem reflected.

“I think it is still a very tough year for many, many people. We athletes, and I’m speaking of tennis players, we are very privileged to do our jobs.”