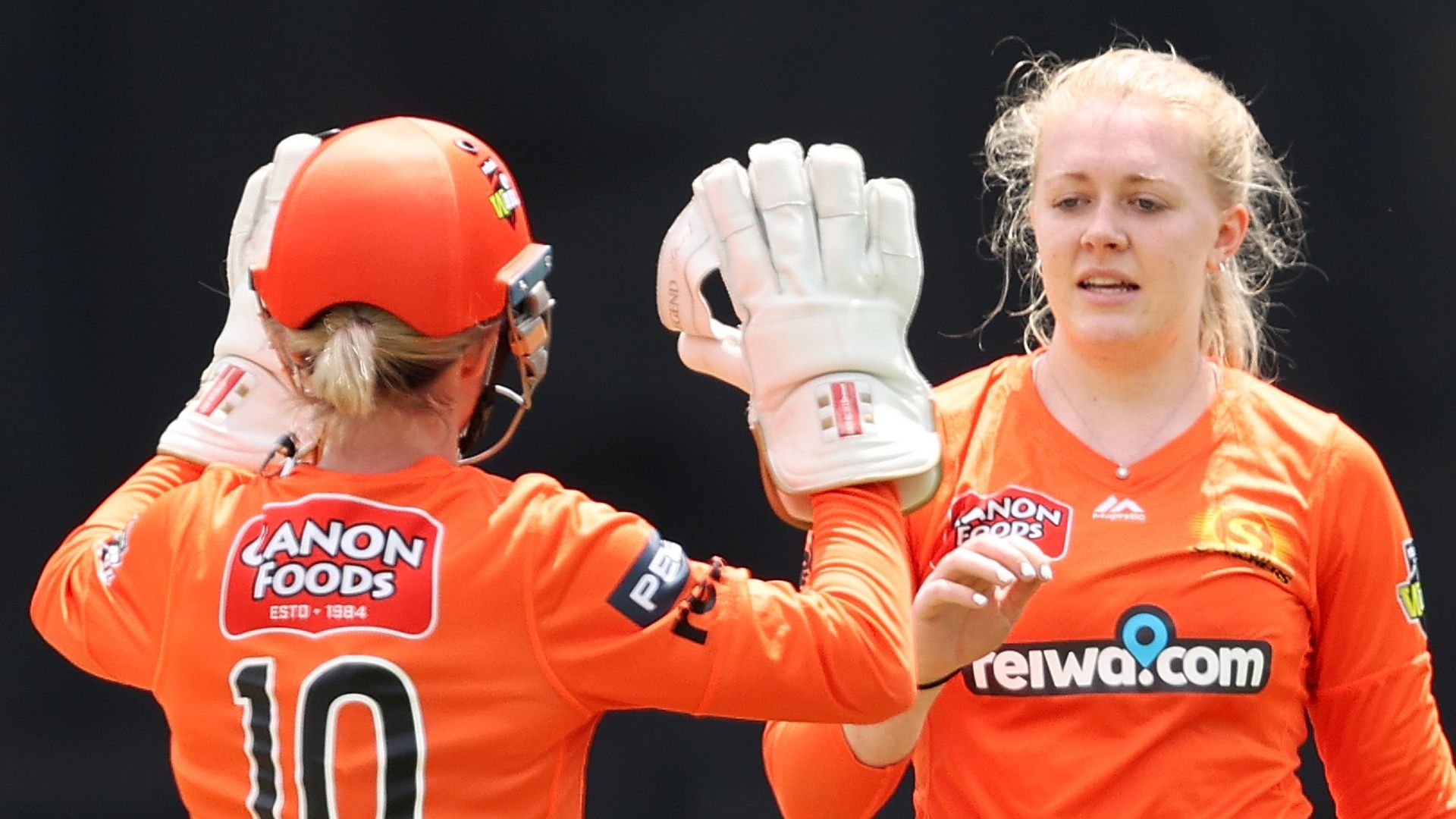 Sydney Sixers out of the running despite Alyssa Healy’s majestic hundred in victory over Melbourne Stars, while Sydney Thunder also qualify for semi-finals with comfortable win against Hobart Hurricanes

Glenn’s figures of 4-18 restricted the Strikers to 159-6 in the final round of league games but, despite an opening partnership of 118 between Sophie Devine (57) and Beth Mooney (60), Scorchers failed to chase down the target.

A middle-order collapse left the Perth side short at 156-7 – but their overall run-rate was still enough to ensure they edged out Sydney Sixers in the chase for a top-four finish.

The Sixers did their best to overhaul their rivals, defeating Melbourne Stars by five wickets thanks to Alyssa Healy’s magnificent knock of 11 from 52 balls – the fourth fastest century in the league’s history.

Stars had posted an imposing 178-4 from 19 overs, built around Meg Lanning’s 77 and aided by Nat Sciver’s breezy 32 from just 13 deliveries.

But Healy savaged the bowling as she and Ellyse Perry (31) put on an opening stand of 150 and Angela Reakes (21 not out) completed a consolation victory for the Sixers with two balls to spare.

Sydney Thunder’s Shabnim Ismail ripped the heart out of the Hobart Hurricanes’ top order with three early wickets to seal her side’s semi-final place as they triumphed by six wickets.

Ismail (3-10) reduced the Hurricanes to 4-3 and, although they recovered to 115-9, it never looked like being enough.

Heat posted 114-6 from 17 overs and that proved more than enough as their bowlers blew away the Renegades for just 76 in reply.