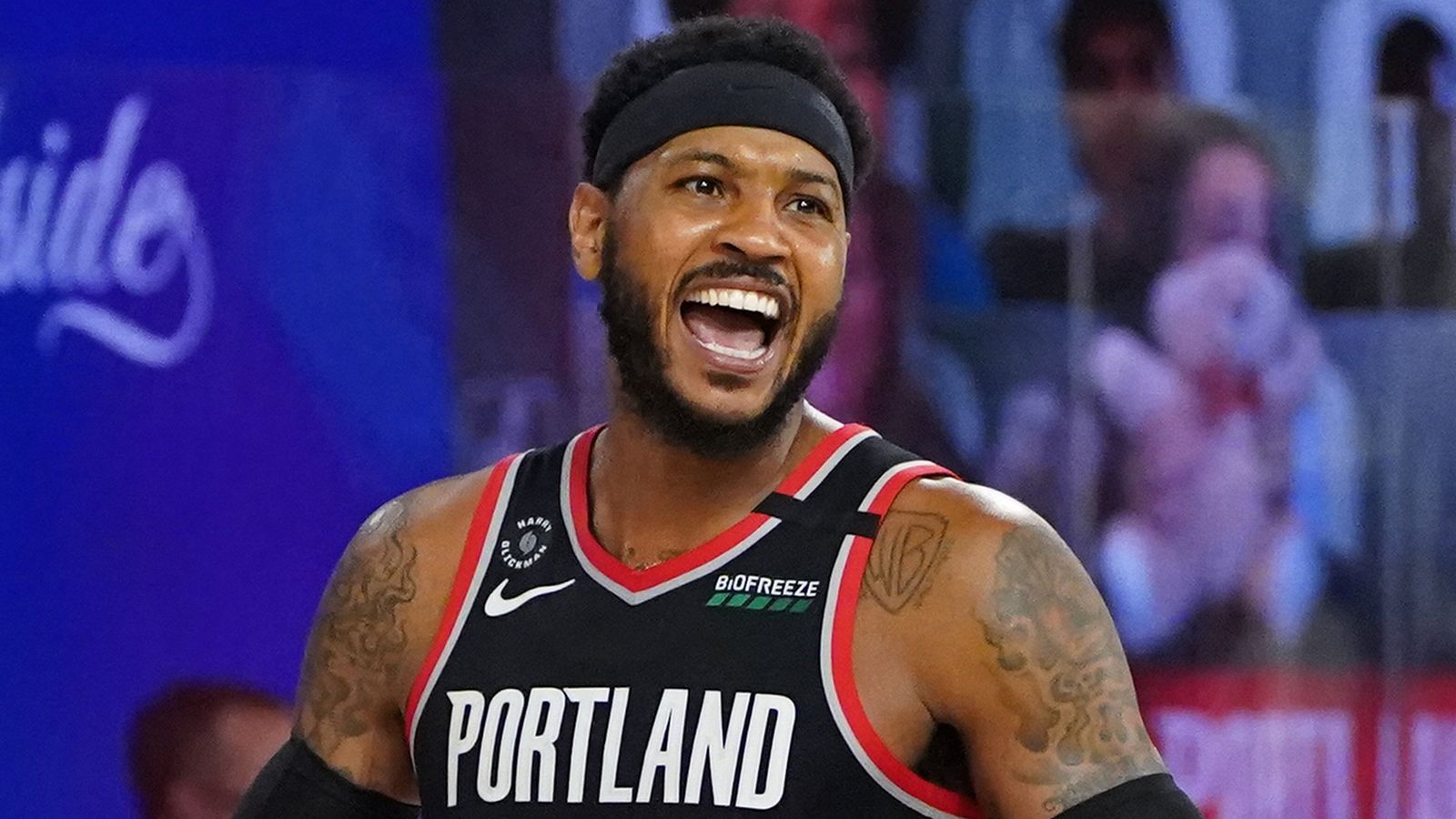 The Portland Trail Blazers have agreed to re-sign 10-time All-Star forward Carmelo Anthony to a one-year contract for next season, according to reports.

The Blazers and Anthony have been a seamless match since agreeing to a non-guaranteed one-year, $2.16m contract last November. The veteran forward, who played in just 10 games the previous year in 2018-19 before being released by the Houston Rockets, rejuvenated his career as the third scoring option on the high-octane Trail Blazers behind guards Damian Lillard and CJ McCollum.

Last season Anthony, after seeing his scoring average dip in each of his previous three seasons, put up 15.4 points over 58 games (all starts) while recording his best shooting marks (43.0 per cent on all field-goal attempts, 38.5 per cent on three-point tries) since his All-Star campaigns with his hometown New York Knicks.

In his previous 17 seasons, Anthony has averaged 23.6 points in his 1,122-game career. The former No 3 overall draft pick in 2003 has played for the Denver Nuggets, Knicks, Oklahoma City Thunder, Rockets and Blazers. Four of his All-Star appearances came in Denver and six were with New York, where he also won a scoring title by averaging 28.7 points in the 2012-13 season.

Two days after being among a group of six players released by the New York Knicks, the team agreed to re-sign starting point guard Elfrid Payton to a one-year, $5m contract for next season, multiple outlets reported on Saturday.

The Knicks also agreed to a one-year, $5m deal with center Nerlens Noel, according to multiple reports.

The 6ft 3in Payton needed only 48 hours to get his job back. Since the NBA’s free agency period tipped off on Friday, several other point guards have agreed to deals — including Fred VanVleet staying with the Toronto Raptors and DJ Augustin heading to the Milwaukee Bucks.

The well-traveled Noel spent the past two seasons with Oklahoma City, averaging 7.4 points and 4.9 rebounds in 61 games (seven starts) for the Thunder last season.

The Knicks will be the 26-year-old’s fourth team since being drafted No 6 overall by the Philadelphia 76ers in the 2013 draft. His 2.9 blocks per 36 minutes ranked 10th in the NBA last season.

The Knicks are rebuilding under new team president Leon Rose and new coach Tom Thibodeau. New York finished the 2019-20 season with a 21-45 record and have not had a winning mark since the 2012-13 season.