As previously reported a few days ago, the heavyweight grudge match between Joseph Parker and Junior Fa has been postponed until 2021.

The fight was scheduled to take place next month in New Zealand, but the entire event was pushed back after Fa was forced to withdraw.

This past Tuesday, abnormalities were found in Fa’s blood tests – and as a result he will undergo surgery.

He is expected to going through a four week recovery period, before being cleared to train again. 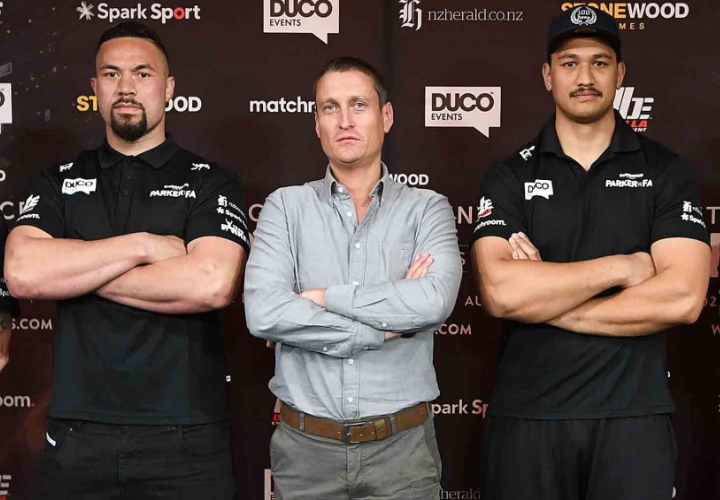 Now both teams are hoping to get the fight carried over a new date, with March being the target.

“The doctor gave us a call on Monday 2pm and gave us some bad news,” says Fa’s manager Mark Keddell to Newshub.

“He basically said that’s that, so I advised Junior that, under those conditions, it would be a bad idea to fight. We could see something was brewing and then, on Thursday, we did some testing with the speed of the bar and there was a massive drop off.

“David Renada the doctor said, ‘no, you’re not getting cleared… it’s done, it’s over’.”

Parker, a former WBO heavyweight champion, had hoped to face Fa – an amateur rival – for quite some time.

“You have to be philosophical,” says Parker’s manager David Higgins. “It’s boxing, it happens, it’s happened before.

“Joseph will be frustrated, but the main thing is we need to get both boxers 100 percent fit. It means that Junior will be at 100 percent and there will be a longer build-up. The buzz will build up, so you have to look at the positives.”

Fa, 19-0 and 10 knockouts, has been out of the ring since November 2019, when he won a decision over Olympian Devin Vargas. Parker saw action back in February, when he picked up a knockout win over Shawndell Winters.