The victory over Gamez marked Vargas’ first fight since October 19 of last year, when he defeated Ezequiel Aviles by technical decision in round 9. The fight took place over five months after losing to WBC titleholder Miguel Berchelt in a one-sided fight that saw Vargas retire on his stool after round 6. 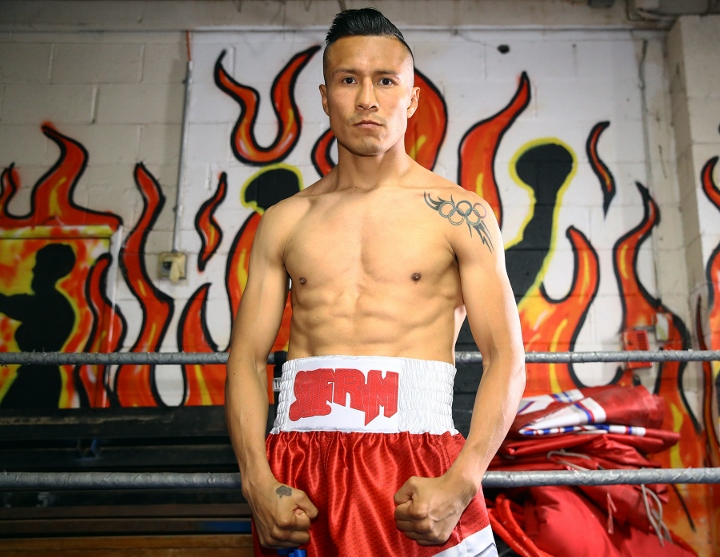 Vargas is best known for his war against Takashi Miura in November 2015, overcoming a knockdown in round 4 to stop the hard-hitting Japanese fighter in round 9. Vargas, who won the WBC title from Miura, was down on two scorecards entering round 9. Vargas would lose the WBC title two fights later to Berchelt in January 2017.

Gamez last fought on July 10, losing by knockout in round 4 to Poland’s Damian Wrzesinski.

From the opening bell, Vargas was the aggressor and more-effective fighter. Gamez was game, but Vargas’ more-accurate punches began to take a toll on him in round 2.

Vargas continued to walk Gamez down entering round 3. Less than a minute into the round, Vargas unleashed a right uppercut to the chin, followed by a left uppercut that dropped Gamez to the canvas against the ropes. After an eight-count began to be administered, the fight was immediately stopped at 1:06.

The 35-year-old, who is promoted by Golden Boy Promotions and managed by Ralph Heredia, is now competing at 135 pounds. Vargas is a consummate boxer-puncher and it would be interesting to see if he can land a significant fight against a contender in the division in 2021 or if he still needs another fight or two for that to happen.

Gamez, who resides in Maracay, Venezuela, drops to 19-4, 14 KOs and has now lost three of his last four bouts.