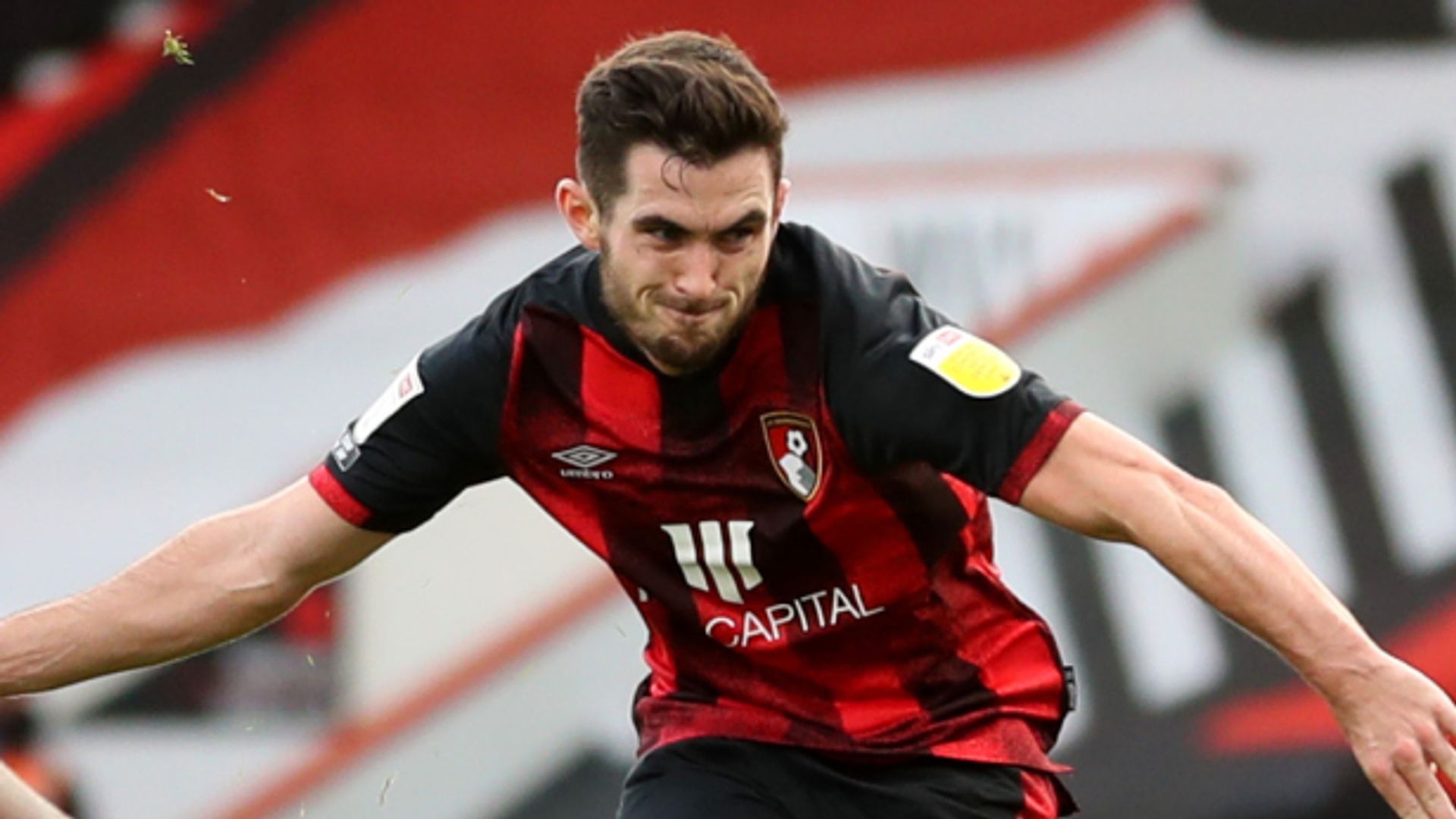 Bournemouth struck four second-half goals to complete a dramatic turnaround and leapfrog Reading at the top of the Championship with a stunning 4-2 victory.

Lewis Cook’s 30-yard strike put them 3-2 ahead with 13 minutes remaining after Dominic Solanke (56) and Arnaut Danjuma (59) had wiped out Reading’s half-time lead.

A Lucas Joao penalty after just four minutes and Sone Aluko’s first Reading goal in two years shortly before half-time had the leaders in cruise control.

But they struggled after the break and Solanke rounded off an impressive second-half display for the Cherries, taking advantage of a Rafael Cabral howler to make it 4-2 with a little over 60 seconds left.

The victory maintains Bournemouth’s unbeaten home record and sees them go top of the table ahead of the 3pm kick-offs, just one point ahead of Reading.

How Bournemouth turned it around in style

It took just three minutes for Reading to put their three successive defeats behind them as Alfa Semedo danced past both Lewis and Steve Cook, before being taken down by keeper Asmir Begovic.

Referee Darren Bond had no hesitation in pointing to the spot and Joao confidently found the bottom corner for his seventh Championship goal of the season.

Bournemouth dominated possession but found it tough to break down a well-disciplined Royals side – and the visitors always looked dangerous on the counterattack.

Their best chance prior to the Royals’ second came via the ever-impressive David Brooks – his low effort from inside the box was comfortable for Rafael, although the move that led to the chance was a precursor for their second-half display.

Reading showed the ruthless edge that saw them run away to a seven-point lead at the top of the table after just eight games on 43 minutes.

Back in the side following injury, Ovie Ejaria slipped a perfectly weighted ball through to Aluko, who had nipped inside of Diego Rico at left-back and finished smartly first-time.

Jason Tindall moved Lloyd Kelly to left-back at the break and that move paid dividends just 11 minutes into the second period. His wicked cross from the left was missed by Liam Moore and met by Solanke, who converted from close range to get Bournemouth back into the game.

Less than three minutes later, Tindall’s men were level. This time Brooks was the creator, sliding a ball inside of Thomas Esteves and into the path of Danjuma, who took one touch before beating the onrushing Rafael.

Both teams pushed for the next goal in an entertaining game that never let up for a minute. But the goal that did give Bournemouth the lead for the first time was special. Lewis Cook has never scored for the Cherries, not that you would have known it following his 30-yard wondergoal.

Cook picked the ball up in the middle of the pitch, opened up his body and fired in brilliant, dipping effort that crashed into the underside of the bar and into the back of the net. While Solanke had his hands on his head in disbelief, Cook simply turned around and smiled.

Reading were not going to lie down and simply accept that this wasn’t their day, though. Begovic gave away the penalty, but produced a match-winning save to deny Joao a second of the afternoon. The striker’s low header looked destined for the corner, only for a combination of Begovic’s hand, head and the post to keep it out.

While his heroics kept Bournemouth ahead, Rafael’s misstep ensured all three points were staying on the south coast with 89 minutes on the clock. He fluffed a clearance as Solanke chased down a long ball, allowing the striker to win the ball back and calmly lift it into the back of the net for his fourth of the season.

It means Reading’s previously watertight defence have now shipped 15 goals in their past five games after conceding just once in their first seven. For Bournemouth, their second successive win sends them top and with the likes of Brooks, Danjuma and Solanke firing, promotion back to the Premier League at the first time of asking looks a real possibility.

Man of the match – David Brooks

David Brooks was superb for Bournemouth. He is getting fitter with every game and he has quality that we know all about. I don’t think he’ll be in the Championship for much longer, regardless of how that is.

But I was spoilt for choice today, so many attacking players were superb for both teams

Bournemouth are at home again on Tuesday night as Nottingham Forest make the trip to the south coast – that is live on Sky Sports Football and Main Event with an 8pm kick-off. Reading are in south London on Wednesday evening as they take on Millwall at The New Den.