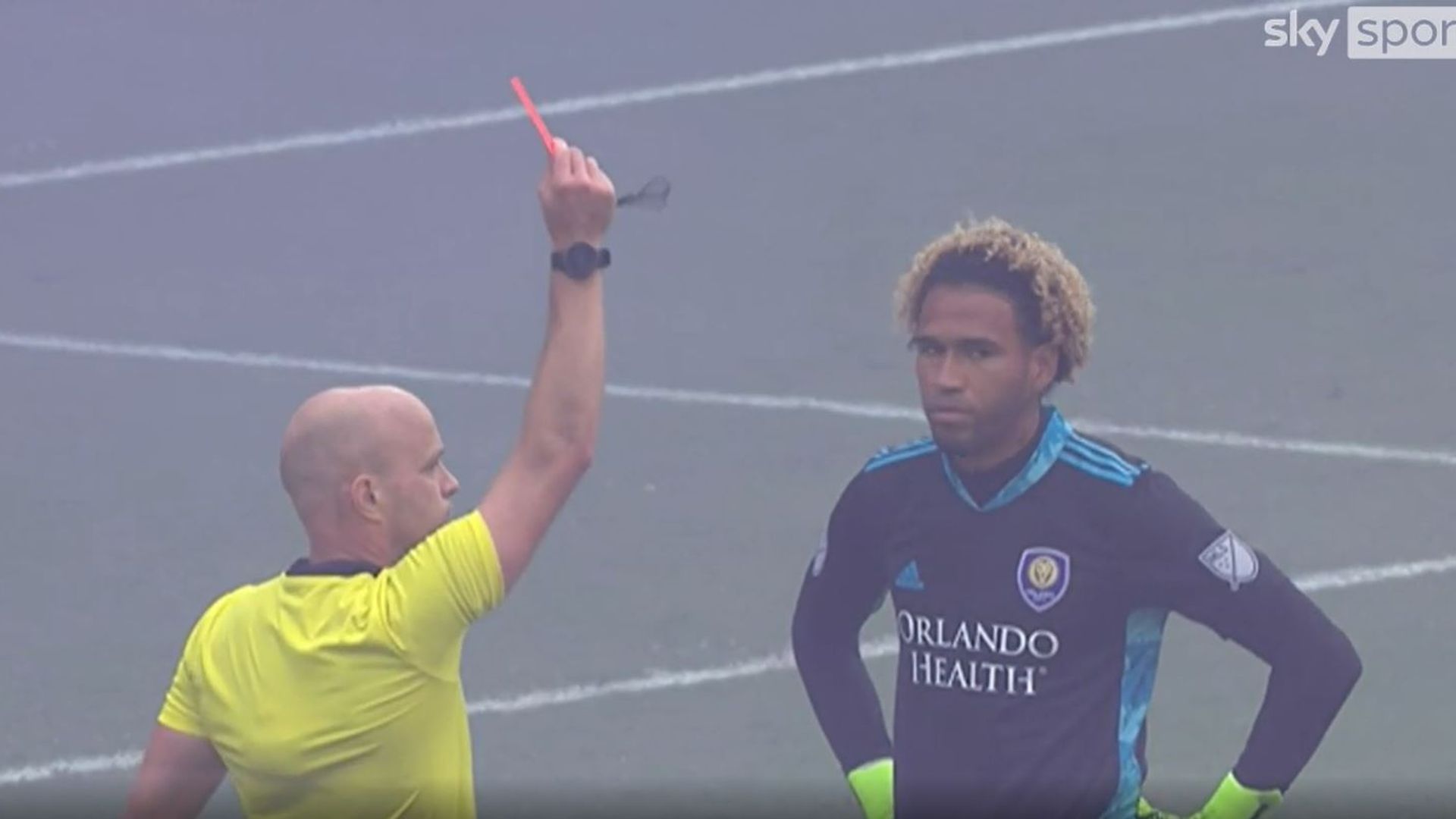 Orlando City won their MLS play-off with New York City FC in an amazing penalty shootout that saw a red card, an illegal sub, and a defender in goal.

After a 1-1 draw in normal time, Pedro Gallese was shown a second yellow for moving off the line before saving Valentin Castellanos’ penalty, with Gallese thinking he had won the match.

With the MLS still using 2019/20 IFAB laws, referee Allen Chapman did not enact the dispensation to warn a goalkeeper in a penalty shootout for an offence rather than book him.

Furthermore, 2020/21 laws will stipulate that players cannot carry cards into a penalty shootout, but on this occasion, the laws, or lack thereof, caused chaos.

Orlando manager Oscar Pareja was then grabbed from the changing room after being informed that the penalty had to be retaken, prompting Orlando to bring on sub goalkeeper Brian Rowe.

But, as he prepared to face the retaken penalty, referee Chapman was alerted by VAR to the illegal sub and made Rowe leave the pitch. Unless there is an injury, a goalkeeper cannot be subbed on in a penalty shootout.

Defender Rodrigo Schlegel then went in goal, but could not save Castellanos’s penalty, before former Man Utd man Nani saw his spot-kick to win the game saved.

In another twist, Schlegel did then save Gudmundur Thorarinsson’s penalty, with Orlando’s players celebrating after thinking they had won the shootout, with the scores still at 5-5.

Orlando’s Benji Michel finally put an end to the chaos with the winning kick.

Orlando will now play in the Conference semi-finals in their first appearance in the play-offs.

Watch the chaos ensue in the video above

Benzema out of Real’s trip to Inter as Casemiro returns