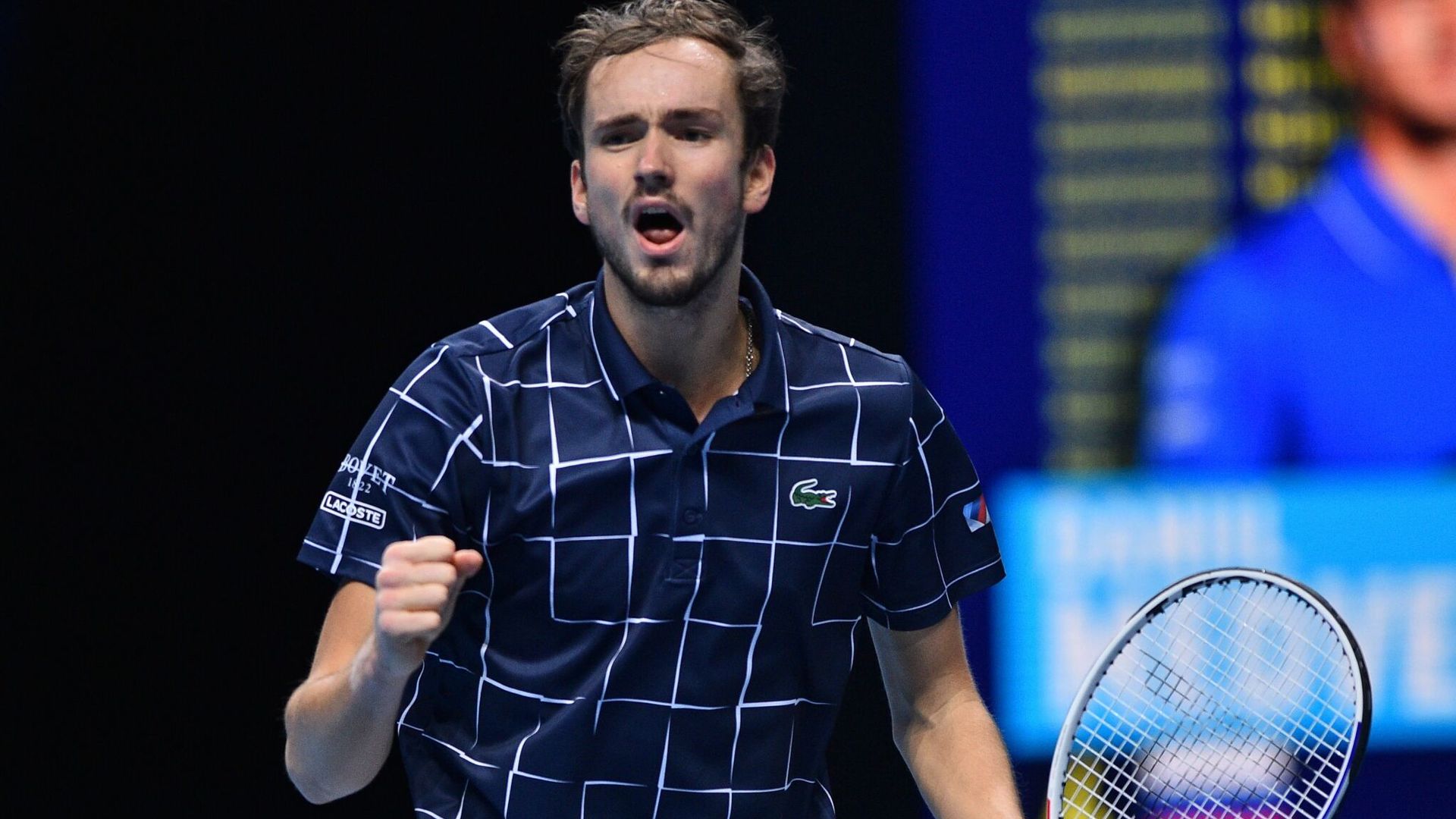 Daniil Medvedev is the first player in almost two years to come back from a set down and defeat Rafael Nadal; the Russian denies Nadal a shot at the biggest title that he’s yet to win by completing an incredible victory at the O2 Arena

Daniil Medvedev battled back from a set and 5-4 down to defeat Rafael Nadal and make it through to a showdown against Dominic Thiem at the season-ending ATP Finals at London’s O2 Arena.

The Russian denied Nadal a shot at the biggest title that he is yet to win, defeating him 3-6 7-6 (7-4) 6-3 to reach the final for the first time in his career.

Victory maintained his record of not having lost a match this week and, coupled with his victory at the Paris Masters earlier this month, he is now on a nine-match winning streak.

Nadal served for the match at 5-4 in the second set having been 4-1 down but could not take his opportunities.

Despite making just 42 per cent of his first serves in the opening set, Nadal became the first player to take a set off Medvedev in London this week.

After making his first 16 first serves, a loss of concentration from Medvedev handed Nadal the opportunity he was craving in the eighth game. The 20-time Grand Slam champion probed and then pounced before serving it out in 47 minutes.

The signs looked ominous for the Russian with Nadal having won his last 71 matches where he won the first set since losing to Nick Kyrgios in Acapulco in February 2019. The Spaniard was also an impressive 24-0 in 2020.

But Medvedev, who came into London having claimed the Paris Masters title, hit the reset button to hit back immediately.

He opened up a comfortable 4-1 lead and even had a break point chance to make it 5-1, but Nadal showed his immense fighting qualities to drag it back to 4-4.

The last time Nadal and Djokovic lost on the same day was at Indian Wells in 2017.

Nadal vs Federer, Djokovic vs Kyrgios.

Nadal looked on course after making another breakthrough and looked hot favourite to close it out on serve. But the 24-year-old Russian broke to love after a horror service game to make it 5-5.

It was settled in a tie-breaker where an all-action Medvedev got a bit of good fortune with a shanked lob en route to sending the contest into a deciding set shoot-out.

Nadal wobbled first as Medvedev converted on his third break point opportunity with a fine overhead to take a 4-3 lead. It was left to the unbeaten Medvedev to seize his opportunity and he did not let go.

Medvedev will bid to become the second player in history to win the ATP Finals title a year after making a winless debut – since Novak Djokovic in 2008.

A glance at the Grand Slam winners’ list will show that the old guard are still rightful leaders of the pack but the snapping at their heels has more bite now, particularly from Medvedev and Thiem.

Benzema out of Real’s trip to Inter as Casemiro returns