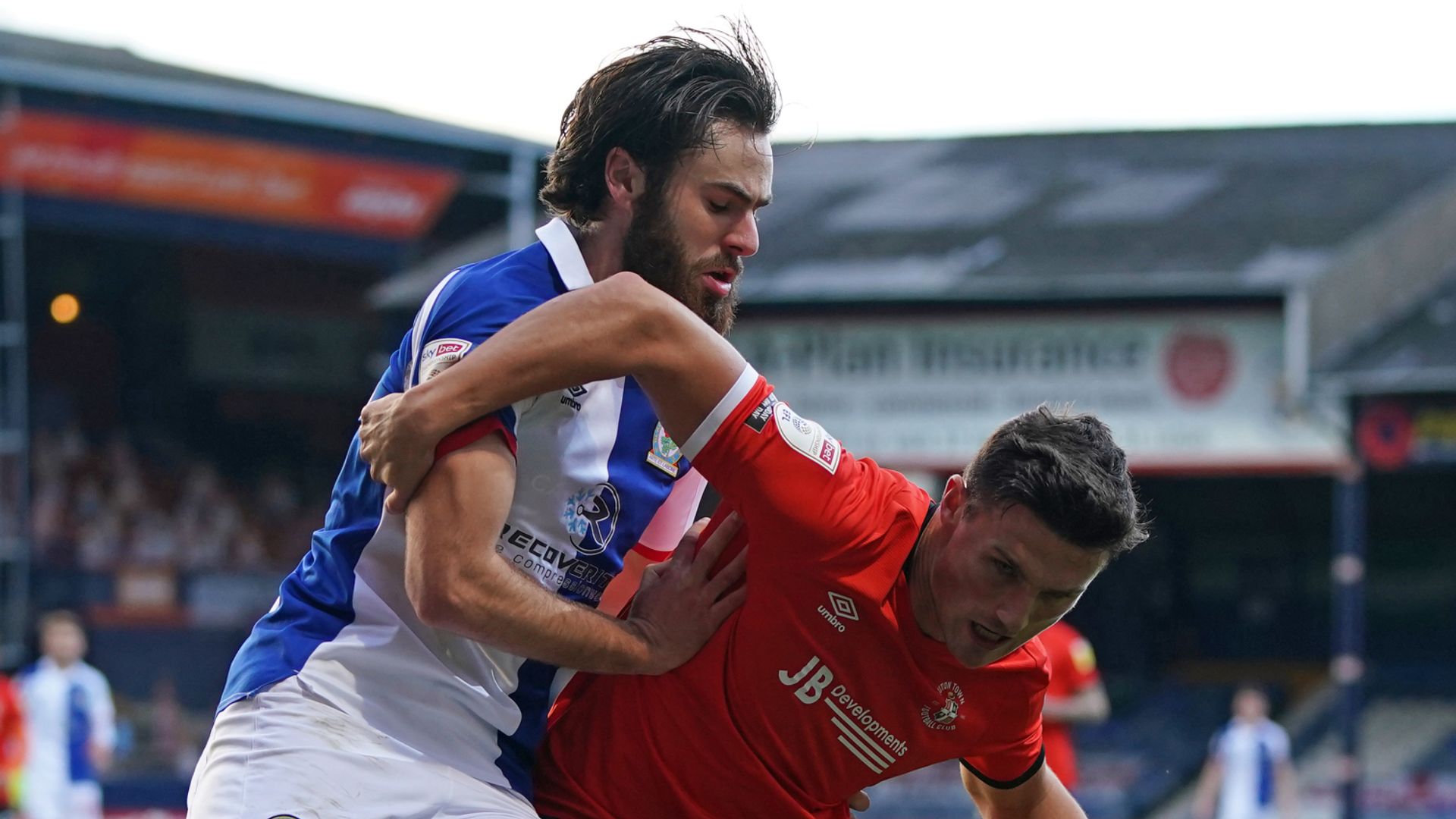 Luton and Blackburn played out an absorbing 1-1 draw at Kenilworth Road.

Luke Berry had given Luton the lead midway through the second half, but Sam Gallagher replied within minutes.

Elliot Lee’s fierce drive was well blocked by a covering defender, with the rebound also deflected away, while George Moncur unable to beat the visitors back-line with his instinctive blast.

The division’s leading scorer Adam Armstrong thought he had opened the scoring on 20 minutes, converting the rebound after Simon Sluga had saved Scott Wharton’s close-range header, only to be flagged offside.

Hatters defender Matty Pearson was unable to keep his header down from Kiernan Dewsbury-Hall’s corner, with the centre-half then almost glancing Harvey Elliott’s free kick on to the roof of his own net at the other end, Darragh Lenihan nodding the resulting corner into the empty stands.

Harry Cornick’s bouncing effort was easy for Kaminski as neither side could break the deadlock before the break.

In the second period, Moncur went close for the Hatters, his powerful effort batted away by Kaminski at his near post, with the keeper then easily gathering Dewsbury-Hall’s weak attempt from range.

Rovers had a fine opportunity on 56 minutes, when Wharton lined up an effort from 20 yards, but he could not keep it down.

Luton boss Nathan Jones threw on top scorer James Collins before the hour-mark in a bid to pep up his side’s attacking threats.

Joe Rothwell took aim from 25 yards as his swerving effort forced Sluga into an excellent stop, twisting to dive and collect the ball.

Town’s subs almost combined for the opener, James Bree crossing for Collins who could not keep his effort down at the far post.

Armstrong put a decent chance over, when he should have tested Sluga, before Luton led on 69 minutes as Collins’ ambitious cross shot saw Berry steal in to toe poke past Kaminski.

Rovers were not behind for long, though, level just three minutes later as Armstrong leapt highest to head across goal where sub Sam Gallagher stole in to stab into the net.

With 10 minute to go, Luton went close to making it 2-1, Glen Rea’s header requiring a fine stop from Kaminski.

In the closing stages, Town stopper Sluga made a sprawling save from Rothwell, as although Blackburn finished the game much the stronger, they could not grab a winner.