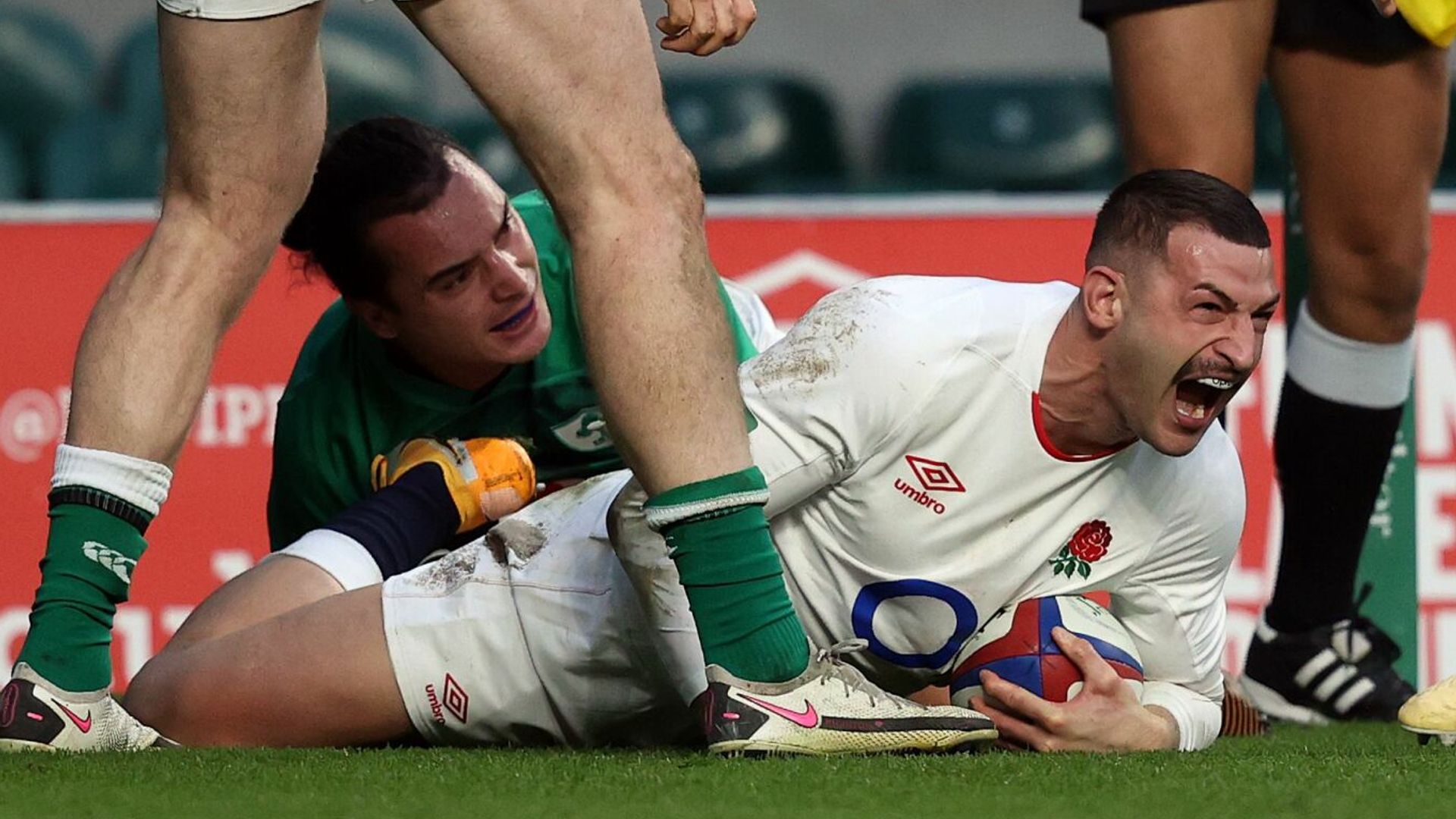 In the pivotal clash of Autumn Nations Cup Group A, England proved too strong for Ireland after exceptional lineout, breakdown and tackle defence. It was the fourth Test in two years between the sides where England have proven comfortable victors, and third in succession at Twickenham.

By Michael Cantillon at Twickenham

A defensive masterclass and Jonny May’s brilliant finishing helped England cruise past an abysmal Ireland 18-7 at Twickenham in the Autumn Nations Cup.

Whether at the lineout, breakdown or in general play, England’s defence was far too strong for Ireland, as it forced errors and turnovers from the visitors time and again.

Wing May notched two tries within the opening period, while skipper Owen Farrell added two penalties and a conversion in the victory, which keeps England top of Group A.

Ireland, who scored a late consolation via Jacob Stockdale, had plenty of visits into the England 22, but their lineout repeatedly malfunctioned, while they were firmly second-best at the breakdown and in the contact area.