154 pound prospect Charles Conwell (13-0) is 2-0 this year with knockout wins in February and in October.

In the October fight, the 2016 United States Olympian stopped Wendy Toussaint in 9 rounds. The bout headlined a ShoBox card, which was televised on Showtime.

The 23-year-old Conwell wasn’t overly satisfied with his performance and hopes to get back in the ring one more time before the end of the year.

“I got the win. I am hoping to squeeze one more in this year and I am just waiting for confirmation. I gave myself a C+, I am hard on myself. I am a tough critic on myself. I could have done more boxing but we got the job done,” Conwell explained. 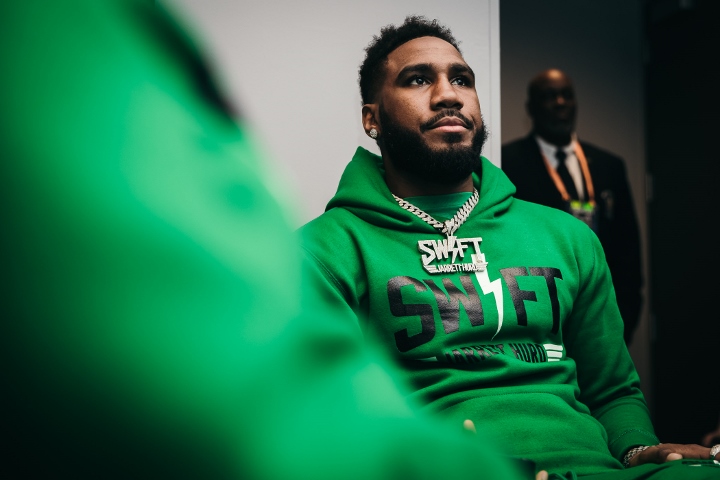 Conwell is still in the developmental stage of his career but believes that he can be fast tracked.

If he had it his way, Conwell feels that former super welterweight champion Jarrett Hurd (24-1) would be the perfect opponent to get him to where he wants to go.

Hurd has talked about possibly moving up to middleweight but Conwell made it clear that the potential fight would have to take place in the super welterweight division.

Conwell believes that Hurd’s come forward, aggressive style is tailor made for what he does in the ring.

“I think his style is made for me and how he fights. I think that would be a good fight for me.  He is there to be hit and I think his last two performances show that,” Conwell told BoxingScene.com.