Fighting might be in the genes for Conor Benn, but if he does fail to reach the same heights as his famous dad, he says it will not be for the lack of hard work. Natural talent is no substitute for learning.

Benn tops the bill at the SSE Arena, Wembley, on Saturday, when he faces Sebastian Formella in a welterweight 12-rounder. It is a huge jump in class for Benn, especially where you consider where he was five years ago. 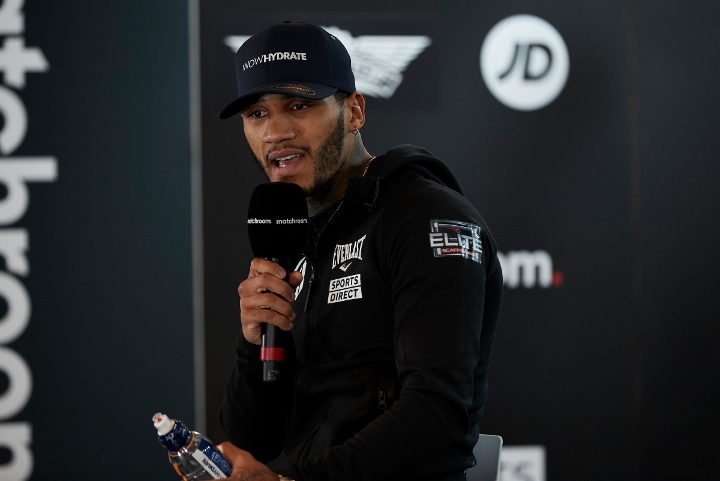 The son of former world middleweight and super-middleweight champion Nigel received a big build-up when he turned professional under Eddie Hearn, but his experience at the time was startlingly limited.

“Ten fights in a shed in Australia,” is how Hearn describes Benn’s experience when he signed him. In his early professional career, Benn had next to no defence.

“When I turned pro it was fun and jokes, it was enjoying the ride, I just got signed by Matchroom and it was hype,” Benn said. “Then it got real.

“And as I went through the levels there were certain things that showed that things needed working on. But it takes you to go through those levels before you can sit down and say it’s real now, I need to work on these things, I can’t just blast everyone out.

Slowly but surely, under the tutelage of Tony Sims, Benn has improved.

“We have never stopped grafting, back-to-back, you never stop learning in this game,” Benn said. “Am I the finished article? No, far from it. We are always working on things I can improved on. With the injuries and the Covid pandemic, it’s given me time to learn, it slowed it all down for me.

“I broke my jaw, I was out for six months, I tore the tendon in my hand, I was out for a year, then this pandemic has been another year. So, really, three of my five years as a pro, I’ve been learning behind closed doors without the pressure from the general public to rush me.”

Benn has been talking to a mind coach in order to filter out all the distractions.

“There are so many things coming into this game as a young novice that you don’t understand,” he said. “We are all insane us fighters, if you haven’t noticed, we’re all a bit mental. The mind is a powerful thing. I’m growing, maturing and it is done under the eyes of the public who have been with me from the get-go. I fight because I enjoy fighting. When I get in there is no pressure on me. You take away that I am Nigel Benn’s son. I do it because I enjoy it.

“From a young boy to a novice fighter, I had a few white-collar fights, that’s the level of fighting I was at. To me know fighting a world-ranked opponent and a really credible boxer.

“I haven’t fought 20-25 bums when really I could have, because I am only 24. I could have had so many more learning fights. But me and my team think now is the right time to step up and believe we are ready.

Hearn says people will be shocked when they see the improvements from Benn. He had hoped to match Benn with Chris Jenkins at Fight Camp this summer, but a deal could not be agreed. Still another all-British match against Josh Kelly, whose long-delayed European title fight with David Avanesyan is due to go ahead on the Alexander Povetkin-Dillian Whyte bill on January 30.

“The improvements are unbelievable,” Hearn said. “He has worked so hard. He was sparring Kell Brook in the warm-uo for this fight.

“Formella is levels above anywhere he has ever been. When you talk about a Josh Kelly fight a year ago, that was a mismatch. Now it could be 50-50.”

Formella went the distance with Shawn Porter in August, so if Benn wins it would move him into a different level. Benn is not getting ahead of himself though.

“Me beating Formella puts me right up there,” he said. “This is a statement fight for me. I have been working so many things. This will answer a lot of questions.

“I really want to become British champion, it was a title my dad never won. But there is no ceiling to my career. When opportunities present themselves, I will take them.”