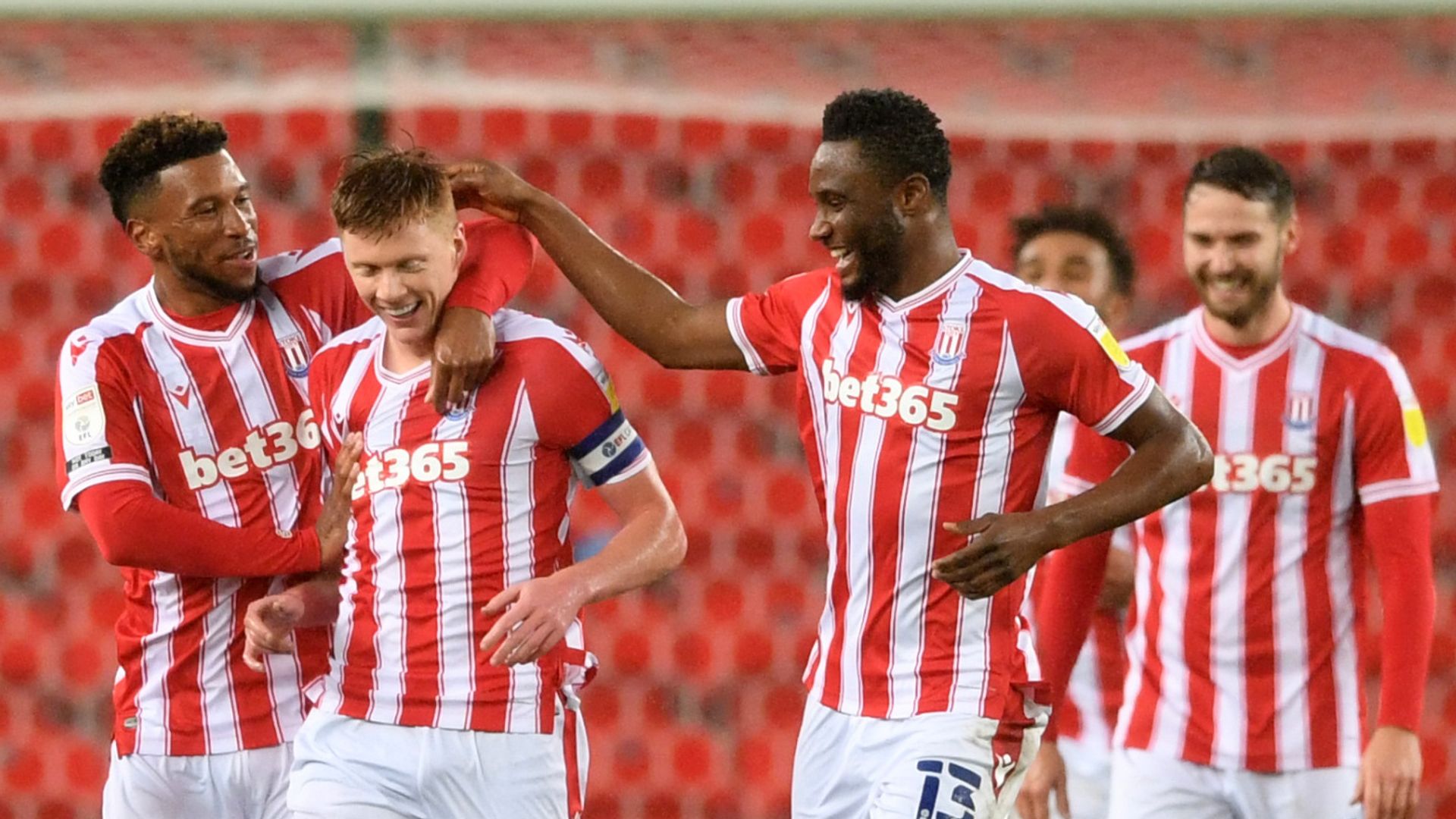 Tyrese Campbell bagged a brace as Stoke beat Huddersfield 4-3 in a seven-goal thriller.

The visitors hit the front through Carel Eiting in the 25th minute after dominating the opening exchanges.

But the Terriers hit the self destruct button as Campbell scored twice inside three minutes with the aid of some slack defending.

Huddersfield briefly drew level through Isaac Mbenza’s cool finish after 40 minutes but found themselves behind at the break after Richard Stearman turned into his own net on the stroke of half-time.

Sam Clucas extended the lead further with a moment of brilliance in the 57th minute before Naby Sarr’s header gave the Terriers hope three minutes later.

Huddersfield started brightest with Fraizer Campbell having shouts for a penalty waved away following a challenge by Harry Souttar after seven minutes.

Campbell was in the thick of the action once again as he was crowded out by Souttar as he tried to get on the end of an Mbenza cross following a flowing move.

Tyrese Campbell blazed well over seconds later for Stoke before Nick Powell had a shot saved by Joel Pereira.

Eiting deservedly volleyed Huddersfield ahead from just inside the box after Harry Toffolo picked him out.

But Campbell levelled for Stoke after Sarr diverted his powerful half-volley into the goal in the 31st minute.

The 20-year-old striker put the hosts ahead just two minutes later when he slotted home from a tight angle after Steven Fletcher played him in.

Campbell nearly grabbed his hat-trick in the 37th minute when his shot squirmed under Pereira but the ball fell to safety.

Mbenza levelled for Town with a first-time finish after getting on the end of Eiting’s slide-rule pass in an entertaining first half.

And the action did not stop there as Stearman turned Campbell’s shot into his own net after a dreadful clearance by Pereira found the Stoke striker, to put the hosts 3-2 ahead at the break.

Fletcher fired wide from the edge of the box shortly after the restart before the referee waved away shouts for a home penalty when Powell went down easily under pressure from Demeaco Duhaney.

Clucas made it four for Stoke with a brilliant jinking run and finish that took him past three defenders after 57 minutes, only for Sarr to head home Mbenza’s cross to get Huddersfield back into the match moments later.

Joe Bursik got down well to keep out Eiting’s near-post shot in the 64th minute, while at the other end, Stearman did well to block a goal-bound Campbell effort as Stoke looked to kill the game off.

Danny Ward failed to find the target with an 83rd-minute header as the visitors could not find the equaliser.