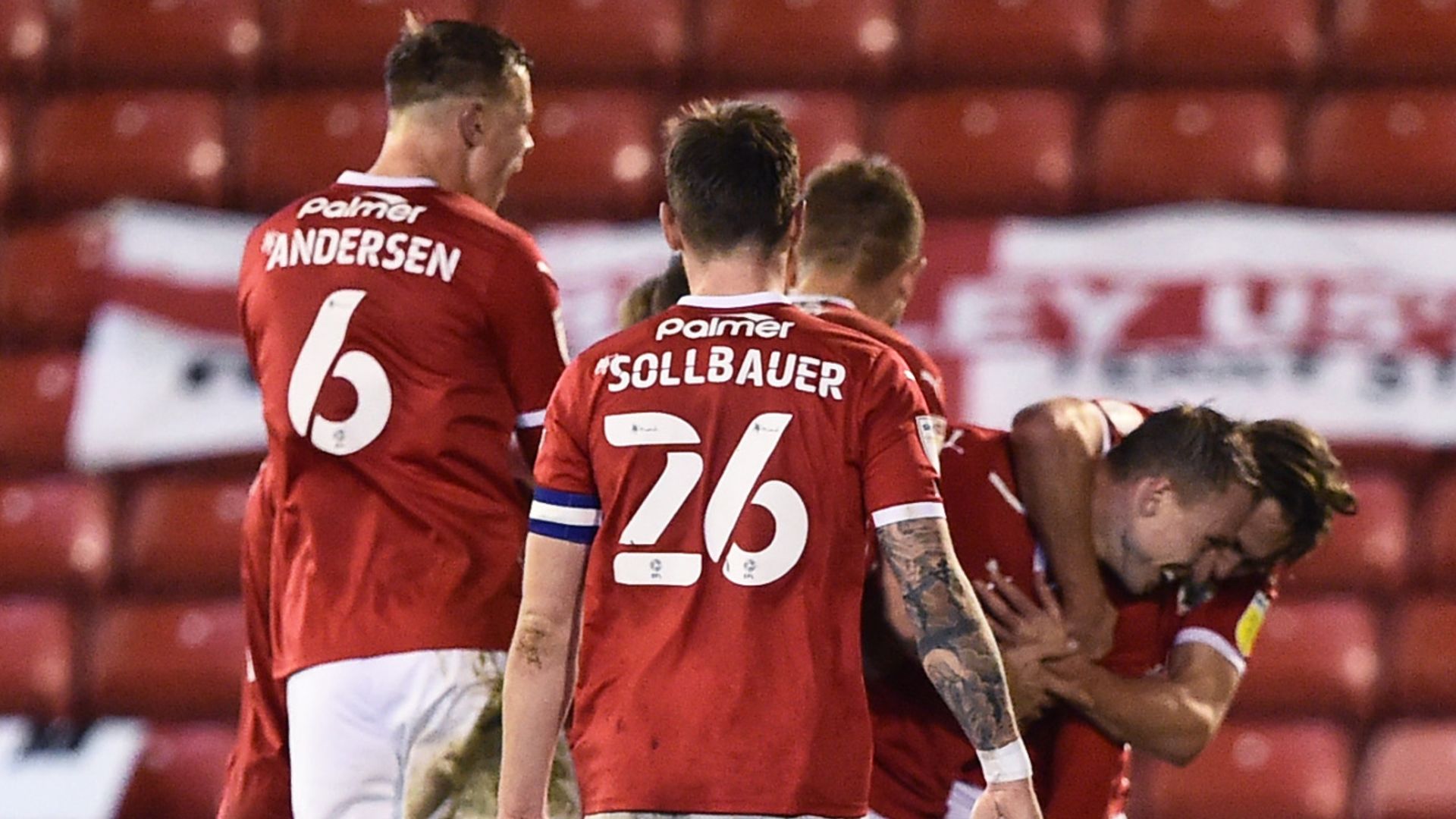 Callum Styles and Cauley Woodrow scored to win a difficult game for the Reds, who climb to 13th in the Sky Bet Championship table.

The Barnsley line-up remained unchanged from the side who beat Derby before the international break.

Woodrow hit the crossbar in the 11th minute when a through ball from Conor Chaplin found the Barnsley forward whose shot from outside of the box was denied by the frame of the goal.

Five minutes after Woodrow had hit the woodwork, it was Chaplin’s turn to fire onto the same spot of the crossbar as Barnsley piled on the early pressure.

Forest’s first threatening attack came courtesy of Miguel Angel Guerrero in the 17th minute when the forward was denied by goalkeeper Jack Walton.

Walton was once again called to the rescue in the 19th minute, with the Tykes goalkeeper thwarting Lolley at point-blank range.

It was then Lolley who sparked a Forest break and nearly scored as they countered in the 37th minute. the forward found Guerrero with a through ball, only for the Spaniard to fire straight into the arms of Walton when one-on-one with the goalkeeper.

Forest forward Lyle Taylor was a whisker away from his fourth goal of the season in the 59th minute. Walton produced another great save to keep out a strong header that looked destined to hit the net.

Barnsley manager Ismael made a change shortly after the hour-mark, sending on Herbie Kane in place of Matty James and Luke Thomas in place of Frieser.

Barnsley hit the crossbar for a third time in the 72nd minute, with Woodrow unlucky not to score as luck continued to go against the hosts.

Forest manager Hughton brought on Luke Freeman for Guerrero in the 73rd minute and the substitute missed with his first effort from outside of the box.

Ismael made two late changes as Victor Adeboyejo replaced Chaplin and Clarke Odour came on for Alex Mowatt in the 81stminute.

But Styles broke the deadlock for Barnsley in the 85th minute with a thunderous strike that flew into the top corner as Brice Samba looked helpless.

A second goal for Barnsley secured all three points when Woodrow finally scored from the centre of the penalty box to make it four wins in five league games for the Reds.