After scoring a huge upset victory over Vasiliy Lomachenko (14-2), Teofimo Lopez (16-0) has a multitude of options for his next ring appearance.  Lopez is expected to return to the ring in the spring. With the victory he now holds the WBA, WBO, WBC Franchise and IBF lightweight titles.

Lomachenko and Lopez clashed on October 17th at the MGM Grand Hotel and Casino in Las Vegas.  Lopez got off to a very fast start and by the time Lomachenko started to have success, he had dug too big of a hole to come back. The final scores were 119-109, 117-111 and 116-112 in what is the highest rated boxing match of 2020. 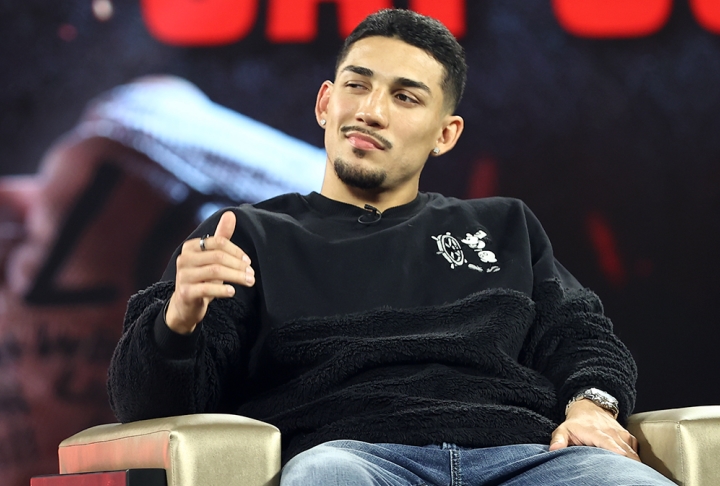 Prior to the fight, the 23-year-old Lopez said that he was leaning towards moving up to the 140 pound division but also left the door open to remaining at lightweight and defending his titles.

His top target is the winner of the Josh Taylor-Jose Ramirez showdown that will produce an undisputed champion at super lightweight.  That fight likely won’t happen until next spring so Lopez will likely remain at 135 for at least one more fight.

“Well I don’t know. He has a mandatory (defense) with this Australian kid George Kambosos. If Ryan Garcia beats Campbell that would be a great fight to make. (Gervonta) “Tank” Davis is a possibility if Davis wants to go to 135. Those are the major fights that he would do. He only wants major fights. He doesn’t want to screw around,” Arum stated.

The Hall of Fame promoter also recently told boxing insider Steve Kim that he is in discussions to potentially hold a Lopez-Kambosos fight in Australia where the COVID-19 pandemic has been controlled more effectively than most of the world and a sizable crowd would be permitted to attend.  A trilogy bout between Joshua Franco and Andrew Maloney for the WBA super flyweight title is also being discussed for the card.