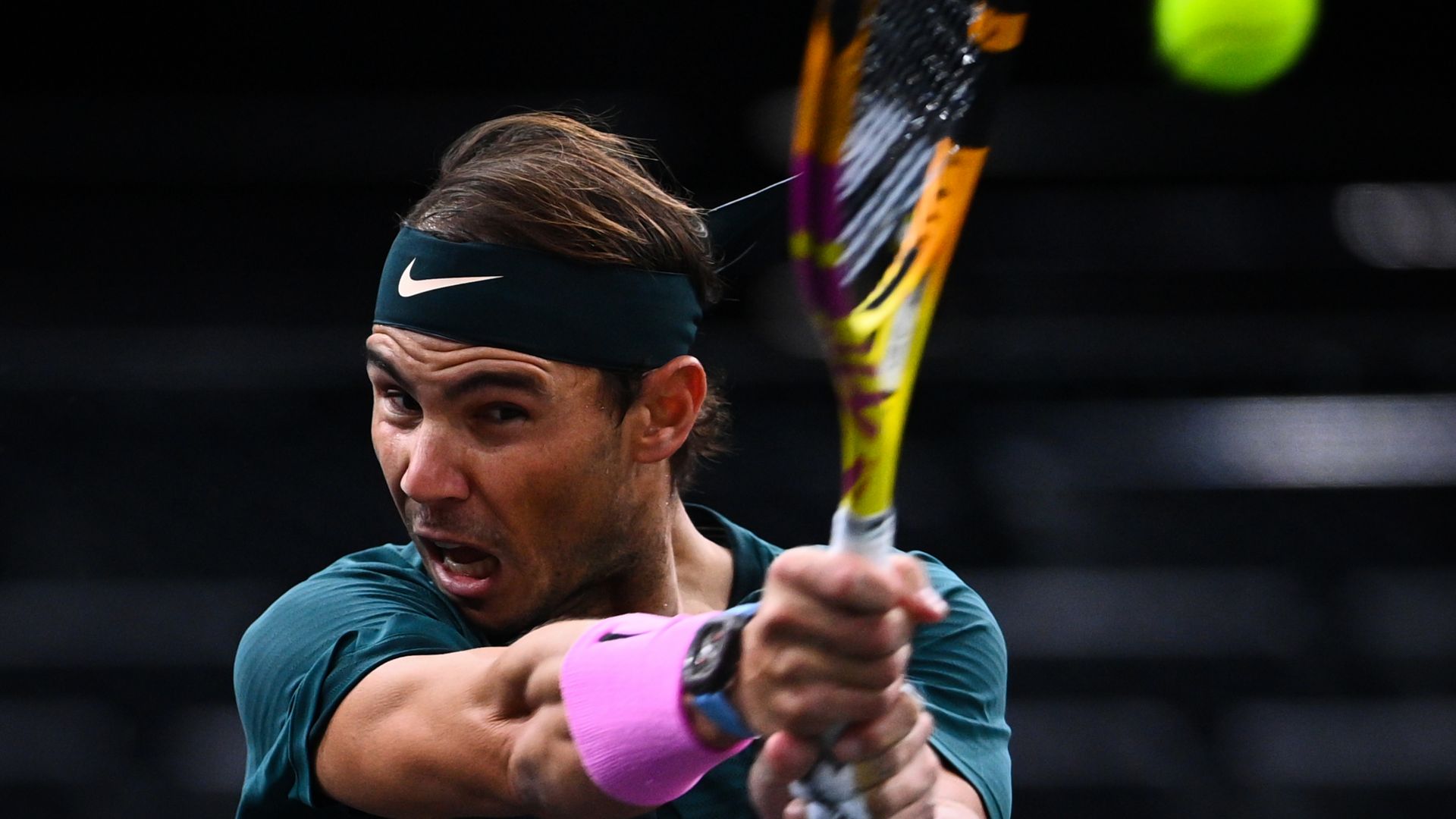 The Nitto ATP Finals start on Sunday in London; world No 2 and 20-time Grand Slam winner Rafael Nadal has qualified for a 16th successive season but has never won the season-ending tournament

Rafael Nadal entering a competition he has never won does not happen often, however on Sunday he will do just that at the Nitto ATP Finals.

It’s not as if Nadal hasn’t had opportunities to finish the season with the trophy in his hands – this is the 16th successive season he’s qualified for the event, however it is his ‘bogey’ competition.

Over the years, we’ve seen that the timing of the Finals, his records leading into it and his unwavering physicality, have all contributed to the world No 2’s challenges at the season-ending tournament.

Physically, Nadal is arguably the most intense player in the world game. He gives every fibre of his body to every point and as a result, he takes his opponent to a level of competition that they cannot match.

However, with that level of intensity comes the potential for injuries and burnout as a season rolls on.

Previous campaigns in London have been blighted by ankle, knee and wrist injuries, all of which have either prevented him from stepping onto court or prematurely halted his progression. Appendix surgery has also curtailed his presence.

Nadal’s injury run; a run that has impacted on this competition so strongly, takes nothing away from him as a player or as a Grand Slam winner. Instead, it’s purely a matter of physiology and on some occasions, a matter of bad luck.

His relentlessness on court and the way in which he breaks physical boundaries often lead us to believe that he cannot be broken. But, his record at the ATP Finals shows otherwise, it’s regularly been just one tournament too far.

A tough last decade at ATP Finals for Rafael Nadal

However this year, with the impact that the global pandemic has had on the ATP Tour, Nadal hasn’t endured such a gruelling and unrelenting season. Instead, he’s had time to train, reinvigorate his body and then attack competitions when they’ve happened.

The manner in which he captured his 20th Grand Slam title at Roland Garros reverberated around the tennis world.

As mentioned already, he has always been relentless but he took it to another level in that final against Novak Djokovic. One wonders what damage that might have done to the world No 1 mentally, and how that could impact Djokovic during their next meeting, which could be at the Finals.

Nadal is a man who often squashes down the importance of numbers and records. He’s certainly not as overt about them as Djokovic, but just because he doesn’t shout about them, doesn’t mean that he’s unaware of them and that they don’t affect him.

The fact that he has just broken Jimmy Connors’ record for the most consecutive weeks in the Top 10 ATP Rankings, and recently secured his 1000th ATP tour win, will have been noted. For someone as competitive as he is, adding the ATP Finals trophy to his collection will be a driver because having a missing piece of the puzzle will not sit well with him.

This year he’s arriving in London fit, and off the back of four “helpful” matches at the Rolex Paris Masters. Yes, he didn’t win the competition however he believes that his work in France has provided a solid base for the forthcoming competition.

“I need to adjust a couple of things, but I am doing well on all the important things,” Nadal said after his semi-final loss. “I have one week and a little bit more to keep working, and I hope be ready for it.”

Nadal’s draw isn’t for the faint-hearted, but neither side of the draw is easy. Group London 2020 means that he must face and beat Dominic Thiem, Stefanos Tsitsipas and Andrey Rublev to automatically progress out of the round-robin stage.

The world No 2 holds positive head-to-head records against all three players and he’s has beaten them all on a hard court before. Some of those victories were on outdoor hard courts (which amends the dynamic slightly) but Nadal still holds the positive reinforcements and memories against each man.

This year he also doesn’t have the race for the year-end No 1 spot in the back of his mind, as Djokovic has already sewn that one up. Instead, he can focus solely on the title.

Of course, the Finals will be very different for every athlete due to COVID-19. The players have many additional elements to think about including regular COVID-19 tests, social distancing protocols, being part of a bio-secure bubble and the fact that the O2 Arena will not be open to fans.

For the eight athletes in the singles draw, these elements aren’t new though. They’ve all been working with this ‘new normal’ since the tour’s resumption and should be getting used to what it takes to be part of an elite tennis tournament in current times.

On court, they’re now well-versed in creating their own energy during points and at key junctures too, instead of relying on the boost a crowd can bring.

It’s fair to say that Nadal doesn’t arrive in London as the nailed-on favourite, his record in the competition and that of others makes that an impossibility.

However, he is arriving in good health, with his unwavering physicality behind him and with a positive body of work from 2020. Perhaps, just perhaps it will be 16th time lucky for the world No 2?