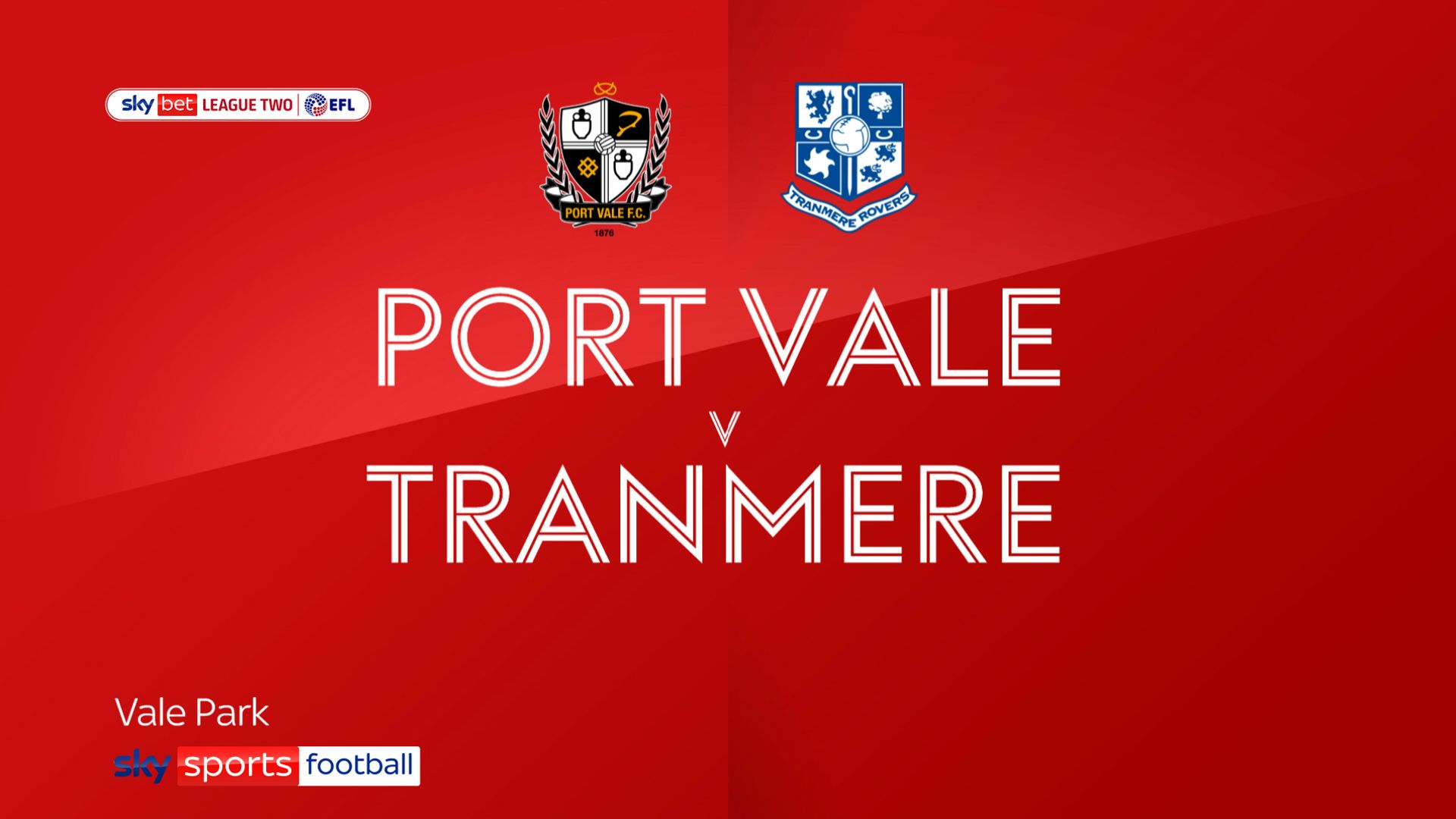 Kieron Morris capped a thrilling game with a 96th-minute winner as Tranmere fought back with two goals in stoppage time to win 4-3 at 10-man Port Vale.

It was the hosts who took the lead, courtesy of Tom Conlon’s 15th-minute penalty.

The midfielder’s charge into the box drew a foul from Jay Spearing and, once referee Carl Brook had waved away the Tranmere protests, Conlon rolled in the spot-kick himself.

That lead was doubled on 24 minutes with a fine goal straight from the training ground. Conlon was again involved, neatly flicking David Worrall’s short corner into the path of David Amoo, who slammed it first time into the roof of the net.

But Tranmere were handed a lifeline seven minutes into the second half, when Vale’s Luke Joyce was sent off for his lunge on Morris.

They took just six minutes to capitalise, with James Vaughan sliding home Corey Blackett-Taylor’s ball across the face of goal.

And with 20 minutes left Tranmere drew level with a penalty of their own. Blackett-Taylor was fouled as a group of defenders converged on him and Vaughan emphatically converted.

But if the Valiants were heartbroken when Kaiyne Woolery struck in the third minute of stoppage time, they were left despairing when Morris then found the top corner of the goal to seal an exhilarating game.