Terence Crawford admits that he hasn’t had the types of unforgettable battles against great opponents that transform fighters into legends historically.

Crawford is still confident that he would be elected to the International Boxing Hall of Fame if he retired without facing the elite welterweights boxing fans want him to fight. The three-division champion also is ranked either first or toward the top of most mythical pound-for-pound lists, yet the unbeaten WBO 147-pound champion feels underappreciated after winning world titles at lightweight, junior welterweight and welterweight. 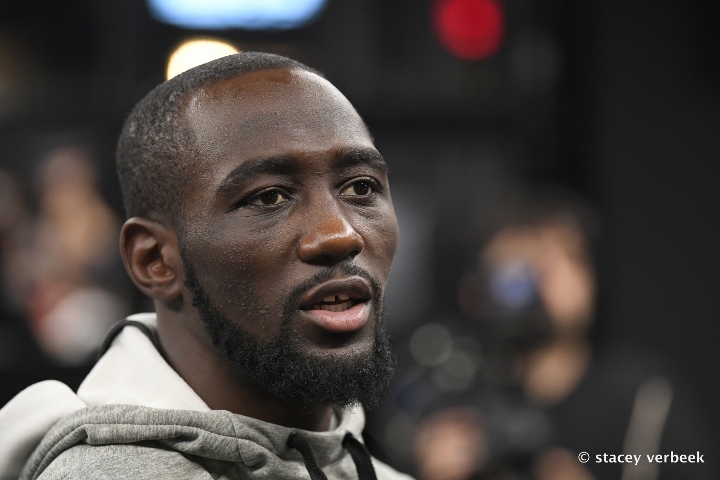 The 33-year-old Crawford expressed how he feels he is perceived by boxing fans and media during an interview with Andre Ward that’ll debut on ESPN on Sunday night at 9 p.m. ET. Crawford’s extensive interview with Ward for a preview show entitled, “Relenteless: Terence Crawford,” will be used to promote Crawford’s optional title defense against England’s Kell Brook (39-2, 27 KOs) on November 14 at MGM Grand Conference Center in Las Vegas (ESPN; ESPN Deportes).

“I’m never gonna get my just due until after I retire,” Crawford told Ward. “It’s not my fault that these guys that I’ve been calling out doesn’t wanna fight me. I was calling out the likes of Errol Spence and Keith Thurman, and I wasn’t even welterweight yet. Let me fight all these guys that y’all saying that I need to fight, and then I’ll prove it to y’all.”

Crawford, of Omaha, Nebraska, wants to finally face Errol Spence Jr. if he beats Brook and Spence defeats Danny Garcia on December 5. The 12-round bout between Spence (26-0, 21 KOs), of DeSoto, Texas, and Philadelphia’s Garcia (36-2, 21 KOs) will headline a FOX Sports Pay-Per-View show from AT&T Stadium in Arlington, Texas.

“We can fight, you know?,” Crawford expressed to Ward. “I ain’t ducking, dodging, hiding from no man on this planet. I’ve just gotta fight who’s willing to fight me, at the end of the day.”