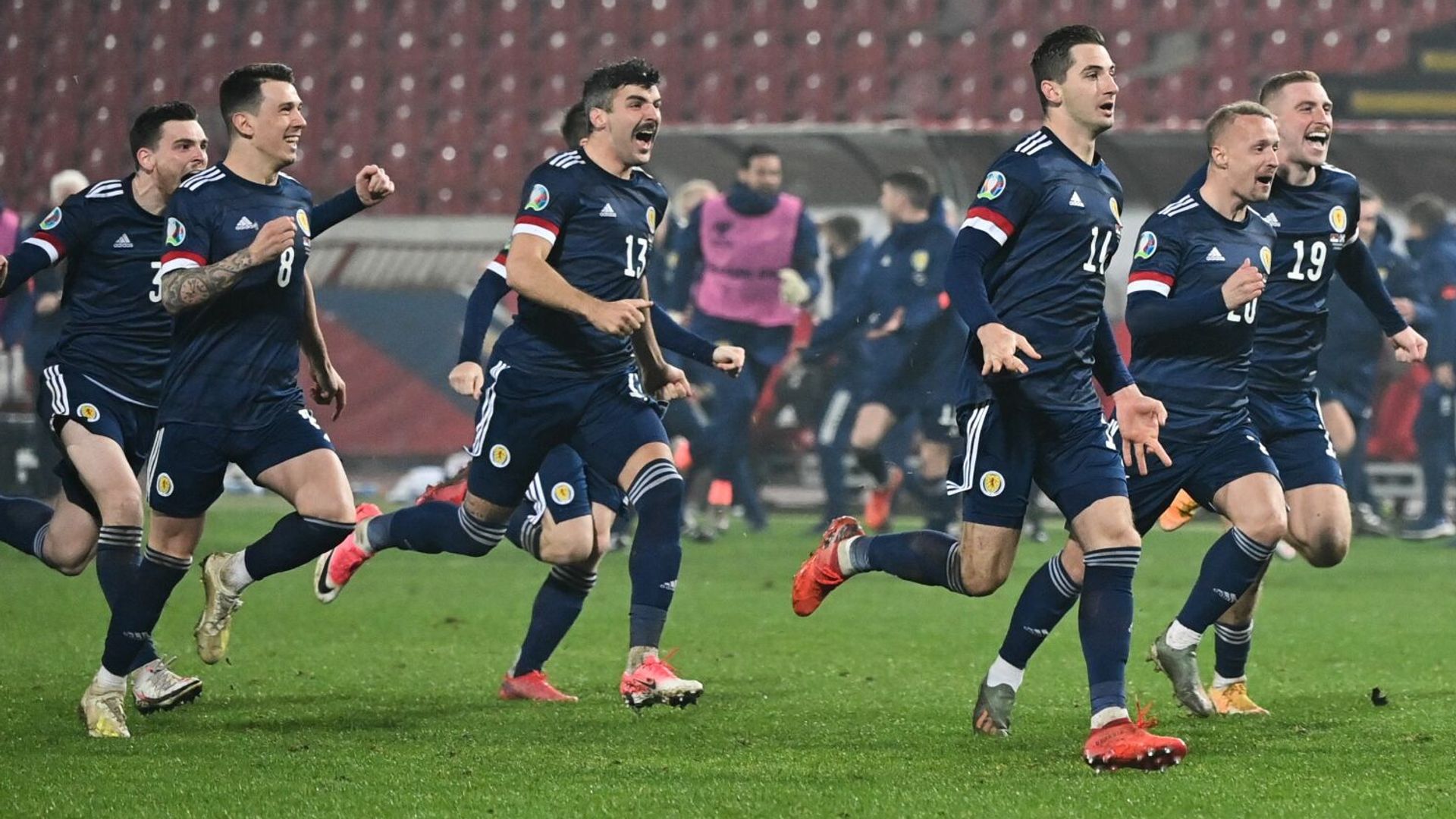 Scotland are expected to receive around 14,000 tickets for their Euro 2020 Group D clash with England at Wembley next summer.

UEFA has confirmed that a visiting team is entitled to 16 per cent of the stadium’s capacity. England – with London as a host city – were allocated 19 per cent and will have an official allocation of 17,000.

More than 45,000 tickets have already been sold for the match in the UEFA ballot.

As Glasgow is also a host city the Scottish FA will receive 19 per cent of available tickets for their other group matches at Hampden Park against Croatia and Czech Republic – just under 10,000.

An official announcement on ticket allocations is expected in January.

Scotland open their Euro 2020 campaign against the Czech Republic on June 14 before travelling to London to face England four days later, with their final group game against Croatia at Hampden on June 22.

Steve Clarke’s side booked their place in next summer’s championships with a dramatic 5-4 penalty shootout win over Serbia in Belgrade on Thursday.

Scotland qualified for their first major tournament since 1998 after David Marshall saved Aleksandar Mitrovic’s penalty following a 1-1 draw over 120 minutes.

UEFA has reiterated its plans to host Euro 2020 in its current format, with host cities across Europe.

Newspaper reports on Saturday claimed that the governing body is in talks with the FA to potentially host the whole tournament in the UK.

But a UEFA spokesman told Sky Sports News: “UEFA intends to hold Euro 2020 in the format and the venues confirmed earlier this year and we are working closely with all host cities on preparations.

“Given the uncertainties surrounding Covid – over which neither UEFA nor the local organising bodies have control – it is currently too early to say whether those games in June and July will have restrictions either on fans or even their staging.

“UEFA’s efforts are currently focused on planning for a tournament in all 12 venues with fans.

“Decisions that run counter to that plan could be made much nearer the time if necessary but there are presently no plans to change any venue.”

There has been no comment from the FA on the issue, but it’s understood there have been no formal discussions on the idea of the UK becoming a solo-host of next summer’s Euros.

UEFA is in regular contact with all the scheduled host countries for the tournament, but it is still absolutely committed to a multi-national event – if the circumstances of the pandemic allow.

Officials at both the FA and UEFA feel discussions over contingency plans are irrelevant at this stage, with so many unpredictable circumstances, and international health regulations likely to change significantly over the next seven months.

Scotland’s penalty-save hero David Marshall is hoping the Tartan Army will be able to cheer them on in person next summer.

Clarke’s side will face the Czech Republic and Croatia at Hampden Park either side of a trip to Wembley to play England next June at Euro 2020 and after a 22-year absence from major international tournaments, Marshall is keen for the fans to be inside the stadiums.

Marshall said: “Obviously I am a certain age now that I can remember old tournaments. It’s been so long and it’s just massively emotional.

“I am just delighted to be there. It has probably not sunk in. You saw Ryan Christie was in tears and it just shows how much it means to the lads to get there.

“Obviously families are willing us on, fans who can’t be here. Hopefully by next summer everybody can get the chance to go.

“The travelling fans over the years have just been incredible. So I’m so happy [and] just desperate that come tournament time, the Covid situation is cleared up and the fans can go and enjoy it.”

As for his dramatic penalty that sent them to the Euro 2020 finals, Marshall did not immediately celebrate in case he was penalised for encroaching.

“Immediately after it was a delay because the ref had said ‘don’t celebrate if you save because there’s a VAR check’,” he added.

“I got the decision before the lads jumped on me, thankfully. I just hoped and prayed that he wouldn’t order a retake because the lads were on their way They didn’t know it was being checked.

“I did feel it was good. I had a tiny bit of doubt but the referee let us know pretty quickly. But when you have waited 22 years, what’s another four or five seconds?”

Robertson: Most emotional I’ve been

Scotland captain and Liverpool full-back Andy Robertson admitted it was “the most emotional he had been after a game” and praised his team-mates’ mentality.

“I don’t think I can [sum it up]. There was so much emotion going into the game, and then you get so close and they end up equalising. You have to pick yourself up for extra-time, which we did. When you get to penalties, you always back Marshy and it’s just whether the lads can hold their nerve, and they managed to do it.

“We’ve come so far with this squad and I back every one of them as they’ve come through a lot of criticism and a lot of negativity at times.

“We’ve stuck together and battled through it. I really hope everyone back home can see the positive side to this as we’re absolutely delighted. I really hope that during a really tough time, we’ve managed to put a smile on a lot of faces.

“It’s the most emotional I’ve been after a game but we can look forward to next summer now.”

The 16th UEFA European Championship runs from June 11 to July 11, 2021, and to celebrate the tournament’s 60th birthday, 12 cities across the continent have been selected as hosts. The 12 cities and stadiums are:

Rome’s Stadio Olimpico will host the opening match on June 11, while England’s national stadium Wembley will stage both semi-finals and the final.