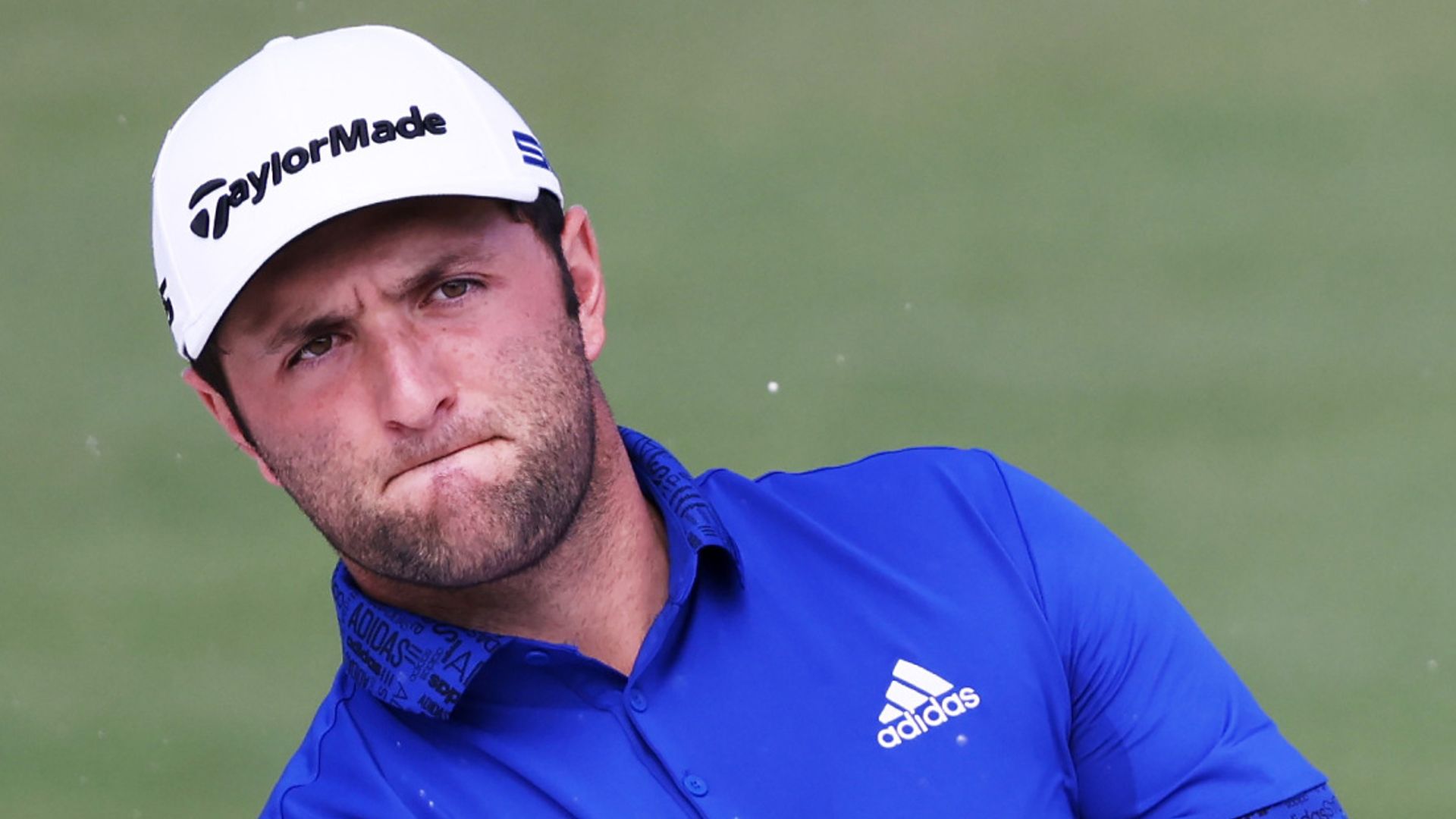 Jon Rahm looking for his first major victory at The Masters and aiming to become the fourth Spaniard to win at Augusta National; Rahm topped an approach shot and then hit a tree on his way to a double-bogey seven at par-five eighth

Jon Rahm saw his Masters hopes dealt an almighty blow after two uncharacteristic errors in consecutive shots during the third round at Augusta National.

The Spaniard held a share of the lead at the halfway stage but had slipped four behind playing partner Dustin Johnson by the time they reached the par-five eighth, where Rahm hit a glorious drive down the right side of the fairway and had a great opportunity to reach the green in two.

Few could have predicted what was to follow, as Rahm inexplicably topped his second shot with a fairway wood and seeing his ball barely get airborne, with his approach racing along the ground and over into the pines on the opposite side of the fairway.

Rahm tried to pitch through a small gap in the greens and force his way onto the putting surface, only for his effort to clatter into a tree and finish in an unplayable lie in a neighbouring bush.

The two shots would have undoubtedly given amateurs watching on Sky Sports The Masters confidence about the state of their own golfing ability, with Rahm visibly frustrated as he was forced to take a penalty drop before eventually finding the putting surface with his fifth shot.

Rahm aggressively raced his 30-foot bogey some five feet past the hole, before holing the effort coming back to post a double-bogey seven and make the chance of winning the Green Jacket significantly tougher.

Click on the video above to see Rahm’s shocker on the par-five eighth!

Who will win The Masters? Watch the final round live on Sunday on Sky Sports. Live coverage begins with ‘Live from The Masters’ at 2pm on Sky Sports The Masters, ahead of full coverage from 3pm. A host of extra feeds will also be available via the red button.