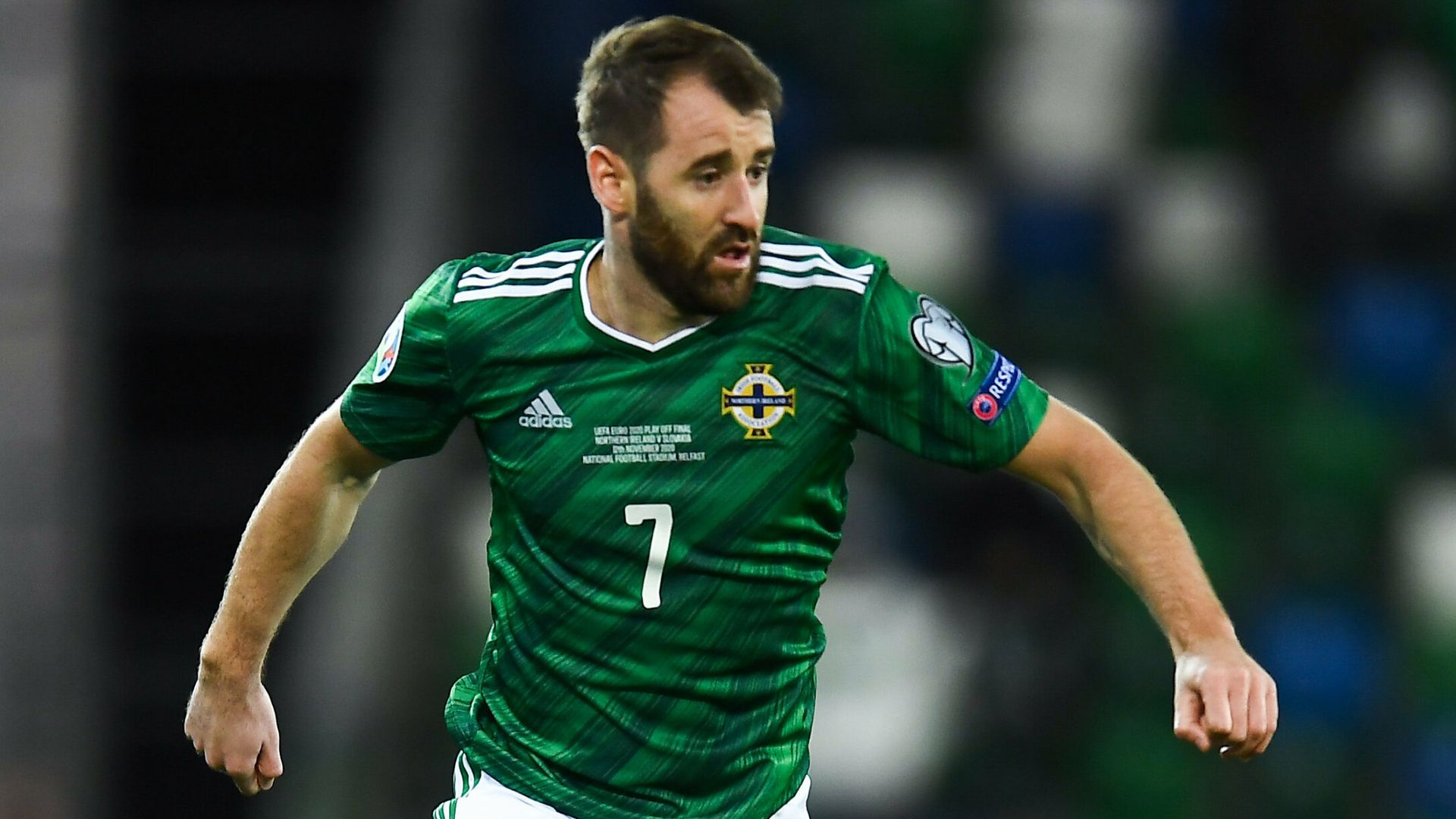 Niall McGinn and Jordan Thompson will not travel to Vienna for Northern Ireland’s Nations League match against Austria on Sunday night, live on Sky Sports, while George Saville has left the camp entirely.

Saville has returned to England for personal reasons, having missed Middlesbrough’s final match before the international window due to a family emergency.

However, Ian Baraclough said all other players were available – including Craig Cathcart and Paddy McNair, who both hobbled off against Slovakia, and Stuart Dallas who played much of the game with an elbow injury.

A string of changes could still be made, with Baraclough and his staff to assess fatigue levels from a physically and emotionally draining 120 minutes of action before making the selection for Sunday’s match.

“Whoever takes to the pitch against Austria has their chance of staking a claim,” Baraclough said.

The Austria match is the first of two Nations League fixtures for Northern Ireland in the next few days, with their final Group B1 game at home to Romania on Wednesday night, live on Sky Sports Mix.

With only one point from four games so far, Northern Ireland are at risk of relegation in a tournament they have never enjoyed, and their fate may come down to their meeting with second-bottom Romania in Belfast depending on results this weekend.

The challenge will be as much mental as physical for Northern Ireland after their Euro 2020 hopes were extinguished in cruel fashion at Windsor Park.

“It’s important to have individual chats with the guys and reiterate they did not let anybody down the other night and, for me, anytime they pull on the green jersey it means something to them,” Baraclough said. “Getting them up for games is never a problem.

“Yes, there’s the disappointment, but you have to put that to the back of you and try and finish these (Nations League) games as strongly as possible.”

The defeat to Slovakia has led to much discussion over whether there could be a changing of the guard within the Northern Ireland squad, but Baraclough has rejected suggestions it represented the end of an era, and is already looking to a World Cup qualifying campaign that will start in March.

“The draw is in three weeks’ time and the next time we get together as a group it will be the World Cup,” he said. “We have quickly tried to shift onto that now.”