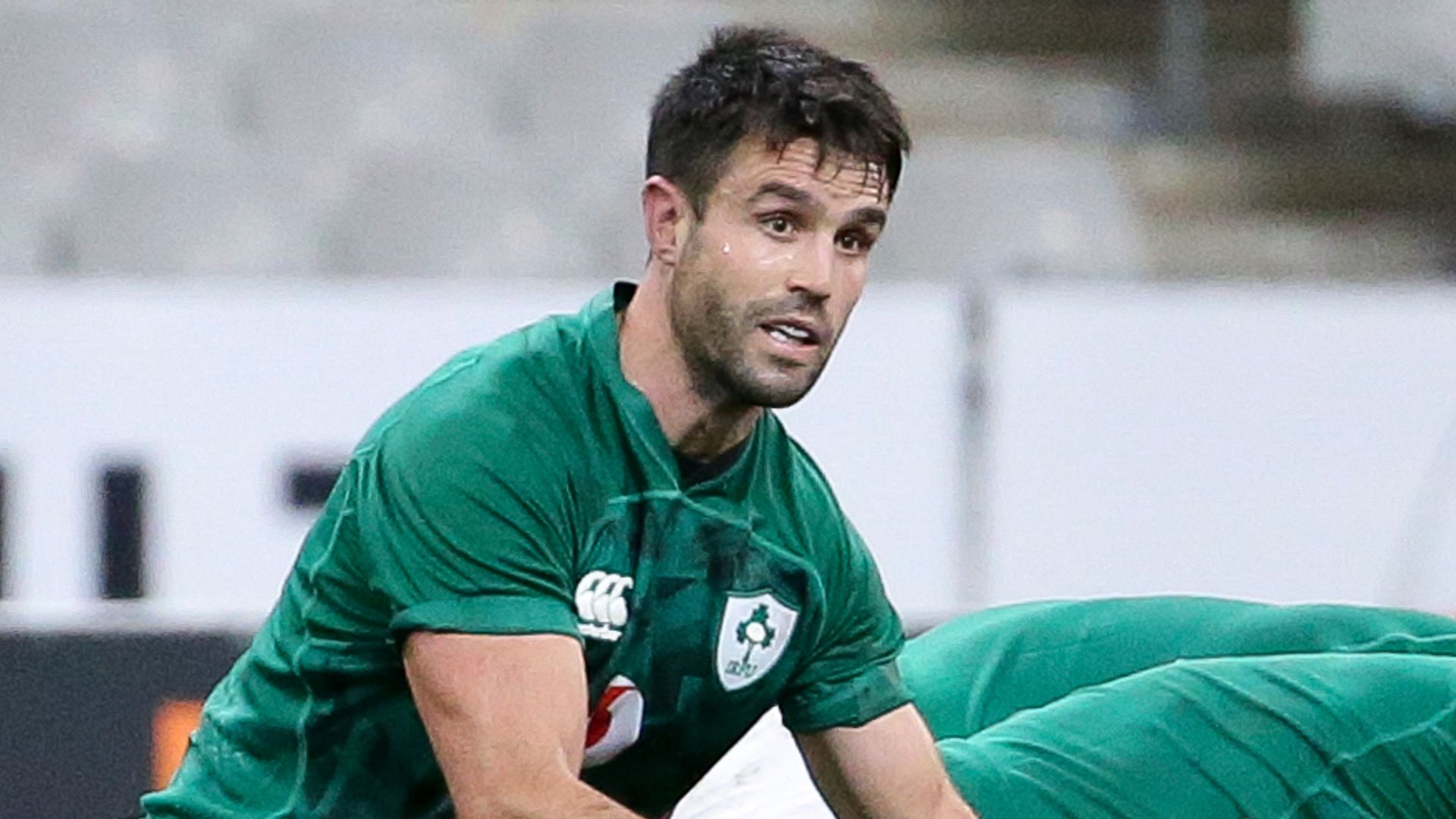 Scrum-half Conor Murray insists Ireland know they must improve on their 32-9 victory over Wales in Dublin if they are to defeat Six Nations champions England at Twickenham, as the two sides meet in Autumn Nations Cup on November 21

Ireland scrum-half Conor Murray admits a repeat of the performance which comfortably dispatched Wales will be insufficient to defeat England.

Andy Farrell’s side travel to Twickenham next weekend after starting their Autumn Nations Cup campaign by breezing to a 32-9 victory over the struggling Welsh on Friday evening.

Ireland’s dominant Dublin success – in a game pockmarked by penalties – was a welcome return to winning ways after they agonisingly missed out on the Guinness Six Nations title following a costly loss to France.

While Murray was satisfied to move on from the disappointment suffered in the Stade de France at the end of October, he offered a frank assessment ahead of taking on Eddie Jones’ men.

“We know already that that won’t be good enough at Twickenham but we’ve got to be realistic, we took a step forward,” said the 31-year-old.

“There’s a good feeling in the dressing room, especially that we left a little bit out there and we can make that extra improvement that we will need to do to play at Twickenham and to get a result in Twickenham.

“We know we’ve great potential in this team and in think everyone is searching to reach that which is exciting.”

Murray began on the bench against Wayne Pivac’s side as Jamison Park-Gibson took the number nine jersey to make his first Test start.

The Munster man was eventually brought on to win his 84th cap in the unfamiliar role of fly-half after injuries forced off captain Johnny Sexton and debutant Billy Burns.

With head coach Farrell seeking to give opportunities to peripheral members of his squad, Murray offered a diplomatic response to losing his starting spot.

“You’ve got to be realistic. Jamison’s been playing really well and he deserved the chance,” said Murray.

“Personally you want to play every game you have a chance of being selected in but I’m happy with where I’m at, I’m enjoying rugby since coming back from lockdown, paying zero attention to the outside noise, which I find really helpful for me.

“It’s just the way it is and you’ve got to be mature enough to deal with that and continue on your journey and learn off the people in the squad.

New Zealand-born Lowe was thrust into the spotlight for Friday evening’s 32-9 Autumn Nations Cup success over Wales having only recently become eligible for Andy Farrell’s side under residency rules.

The winger justified the hype by proving a constant menace to Pivac’s visitors and capping a fine individual display by touching down in the final minute.

“I’ve always wanted to challenge myself on the biggest stage and for this opportunity to come at home in pretty peculiar circumstances, I’m pretty b****y proud in fairness,” he told the IRFU website.

“Weirdly enough, you do dream about scoring on debut, performing on debut. It doesn’t matter who you are, you always go in questioning whether you should be there and to be able to do that, to perform well, it means the world.”