Kell Brook is not bothered with any concerns pound-for-pound frontrunner Terence Crawford might present ahead of their fight Saturday night on ESPN.

“The pressure is on Terence. He’s not fought anyone like me,” Brook told Brian Campbell on the CBS Sports show “Morning Kombat.” “I’m a guy that has fought at middleweight against [Gennadiy] Golovkin. These [muscles], these brownies are coming hard, brother.

“He’s got to show me he’s great. I’ve heard that he’s super great, but he’s got to show me. I’ve seen him. He does everything really well. I can’t sit here and say he does anything bad, but I’m that guy to dethrone him.” 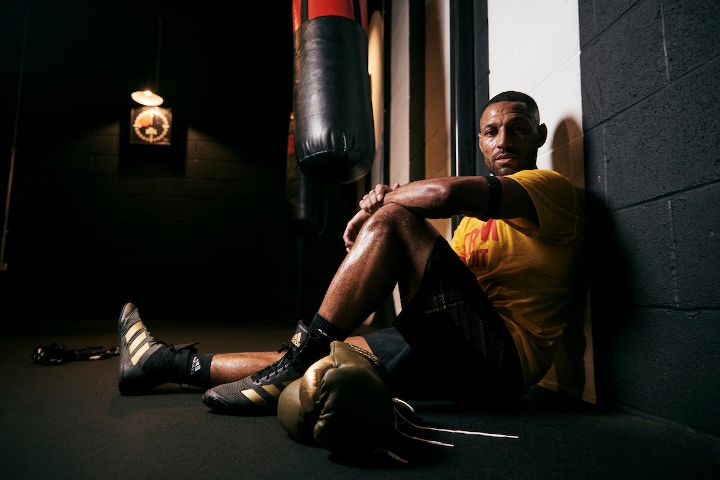 The 34-year-old Brook has shown up against premium opposition in the past, beating Shawn Porter in 2014 via majority decision. However, he fell short in back-to-back fights against potential future Hall of Famers in Errol Spence Jr. 2017 and Golovkin in 2016.

Brook will be prepared for the daunting task against the 33-year-old, three-division champion Crawford by Carlos Pimento, who is replacing Dominic Ingle because the former coach could not commit to traveling due to the pandemic.

Brook believes he will still be receiving quality preparation.

“Carlos Pimento is a great trainer. We’ve been together for ten weeks. He’s been obsessed with Terence Crawford, watching his fights. I don’t generally watch fights, but he’s made me watch Terence,” said Brook.

“I just adapt when I get in there and listen to the trainer. He’s been writing everything down, what he’s seen, and what I can expose. He’s obsessive about this fight. I know I got a good team around me, and the main thing is I’m 100% focused mentally and physically. I’m ready to go in there and give it my all, and I believe I’ll become a world champion.”