Kell Brook has stopped 27 of the 41 opponents he’s faced via knockout, and he strongly believes he has the muscle to pull off the upset against Terence Crawford.

“I can surprise him with the power,” Brook told Brian Campbell on the CBS Sports show “Morning Kombat.” “I’ve got great balance, great accuracy, great jab, and he knows this is a real fight. He knows that.” 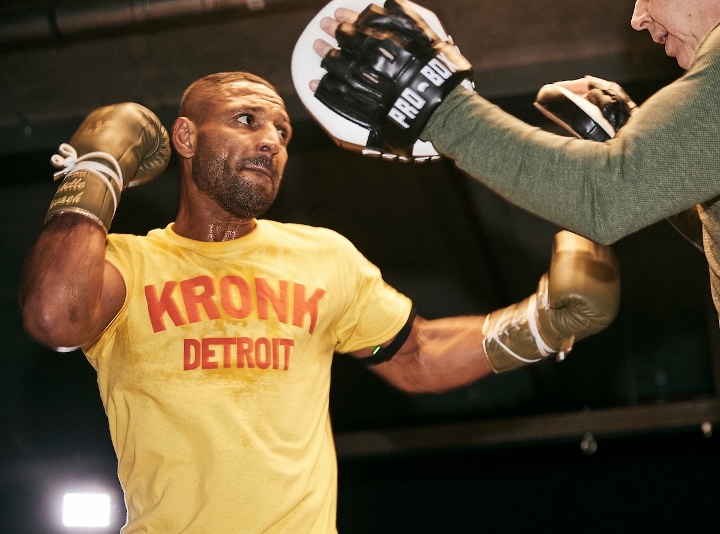 In 2016, he suffered a fifth-round TKO loss to Gennadiy Golovkin when he moved up two weight classes to challenge the Kazakh KO artist at middleweight. Brook dropped back down to welterweight in 2017, where he met Errol Spence Jr. and suffered an 11th round stoppage.

The 33-year-old WBO welterweight champion Crawford (36-0, 27 KOs) will again present a different caliber of class in opposition for Brook.

Depending on who you ask, Crawford and Spence Jr. are the No. 1 and No. 2 welterweights in the world.

Brook recalled his brawl against Spence Jr. and offered reasoning as to what went wrong.

“My eye let me down, and I wasn’t in training camp when I should have. I’m not a fighter that gives excuses. The eye was a big factor. In my fight before, I got the same injury against Golovkin … A little welterweight like me jumped up to middleweight, and I backed him up … I remember looking through the ropes; we invited the surgeon who did my eye to the fight, and I remember going back to my corner, and you could see the problem with the eye. It was the same injury that appeared on the other side of the face, and I was looking over the corner, and [the surgeon] was nodding his head saying, ‘no, don’t do it.’ Obviously, I’ve got that big heart of mine. It just got to me in the end, the eye, the weight, and everything else. And it just wasn’t right. If [Spence and I] did it again, it would be a different story, but let’s sort Terence out first.”

Crawford versus Brook will take place Saturday from the MGM Grand Bubble in Las Vegas and air on ESPN.