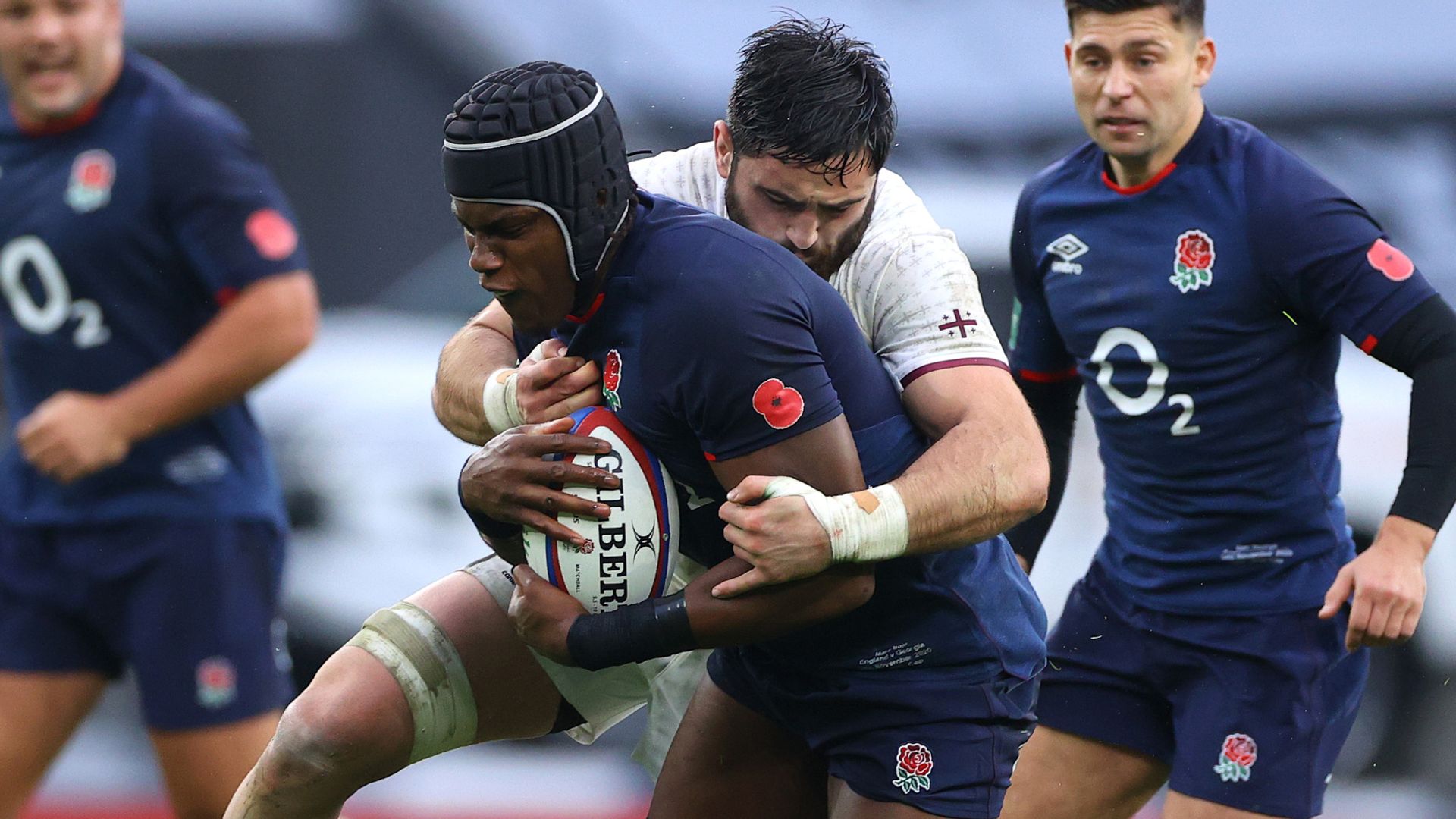 England’s forwards shone the most in their 40-0 victory over Georgia at Twickenham for the visitors’ first ever visit to the home of English rugby. Hooker Jamie George grabbed a hat-trick, while the pack scrummaged well and dominated at the lineout.

15 Elliot Daly: Appeared on the scoresheet and was tidy, but did not light up Twickenham on his return. 6/10

14 Jonathan Joseph: Limped off in the first half with an injury to end an otherwise successful conversion to wing. 6/10

13 Ollie Lawrence: Never saw enough ball to prove he can emulate the power of Manu Tuilagi. 6/10

12 Henry Slade: England didn’t get the best out of him at inside-centre. Rethink needed. 6/10

10 Owen Farrell: Back at fly-half for England and failed to make an impact against dogged opponents. 6/10

9 Ben Youngs: Given a battle by his opposite number but finished the afternoon in credit. 6/10

1 Ellis Genge: Fiery and confrontational, he rampaged into the white wall. 7/10

3 Will Stuart: Contributed to a dominant scrum display as the screw was turned on Georgia. 8/10

4 Charlie Ewels: Repeatedly caught the line-out ball that led to George’s tries. A force in the tight. 7/10

5 Joe Launchbury: Another engine room giant who threw himself at a side who kept on coming. 7/10

6 Maro Itoje: Switched to blindside flanker and was everywhere, making his presence felt in all departments. 8/10

7 Jack Willis: A try-scoring debutant who clearly has a long international future ahead of him. 7/10

8 Billy Vunipola: Started strongly but faded as the game wore on. Not his usual safe self. 6/10

Replacements – Max Malins made his debut off the bench and while Eddie Jones sent on the cavalry, it did not have quite the desired impact. 6/10