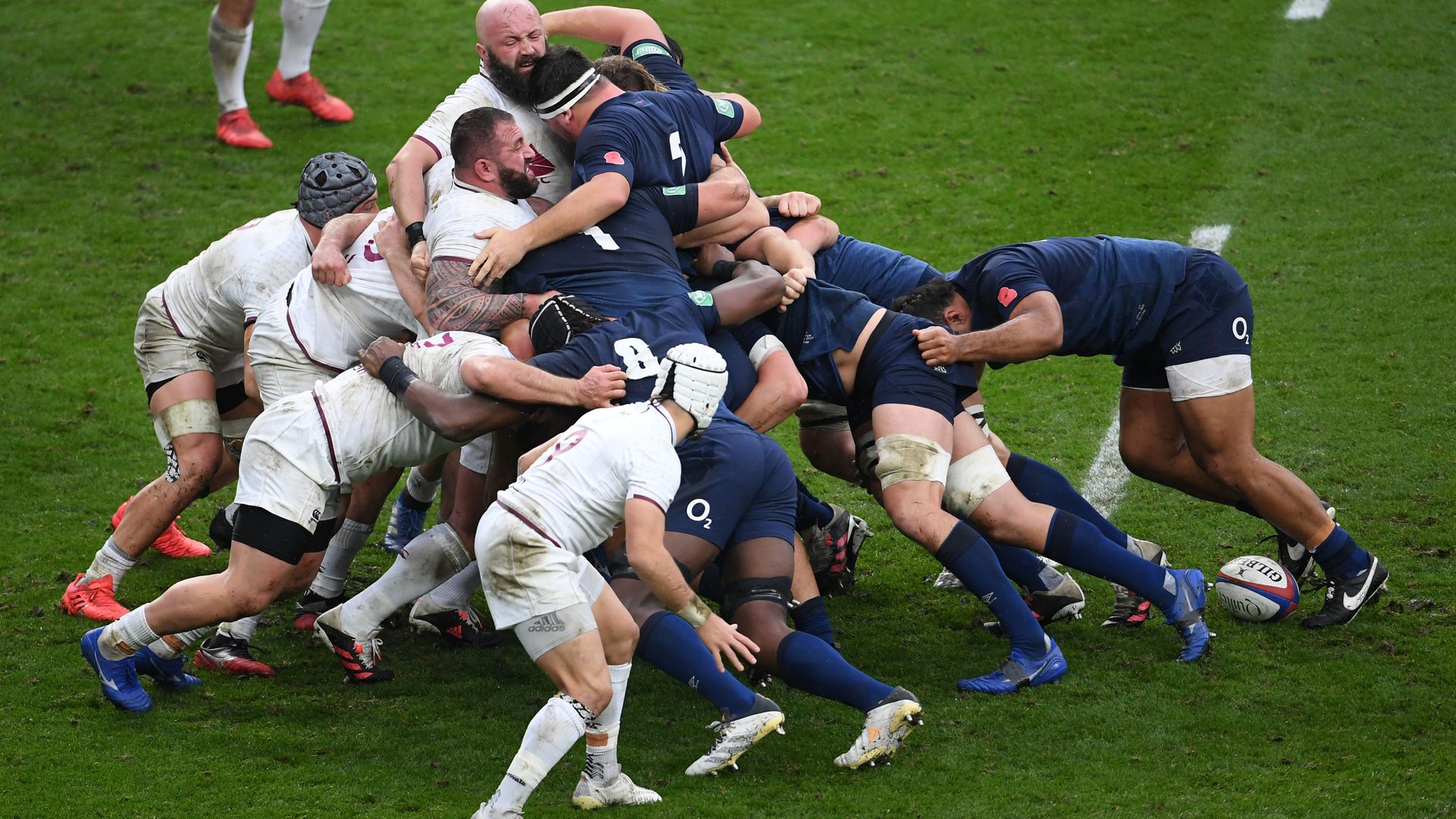 Jones recalled England’s infamous opposed training session with Georgia in February last year after their 40-0 win. “Even the backs got involved in that session….so we wanted to make a point against them that we won’t be stood over, and we did that.”

Eddie Jones insisted England had settled a score with Georgia after launching the Autumn Nations Cup with a 40-0 victory at Twickenham.

A one-sided clash featured a staggering 19 scrums as England looked to take on the underdogs at the strongest element of their game, and they were rewarded by emerging convincing winners at the set-piece.

It avenged an explosive training session in Oxford in February 2019 when the rival packs came to blows during a live scrummaging session, forcing coaches and backroom staff to intervene.

“We always want to win the forwards battle, especially against Georgia,” England head coach Jones said. “All the guys remember the session against Georgia in Oxford.

“It was one of those things when you sit down and talk about scrummaging, Georgia comes to mind. Even the backs got involved in that session. They ran from about 40 metres away to have a go, so we wanted to make a point against them that we won’t be stood over, and we did that.

“It was a good, tough win for us. We enjoyed the game and enjoyed the contest up front. They were always going to come at us through their scrum, so we wanted to take them on there. We got a little bit of an edge there and were able to score enough points to win comfortably.

The starting front row trio of Ellis Genge, Jamie George and Will Stuart earned the plaudits from Jones, as did replacements Mako Vunipola, Tom Dunn and Kyle Sinckler.

Jamie George became the first England hooker in history to score a hat-trick as Eddie Jones’ side coasted past Georgia 40-0.

George emerged as the hero of the day after becoming the first England hooker to score a hat-trick of tries in a Test, each one a finish off a driving line-out, but apart from Elliot Daly’s try there were few fireworks.

The rain took its toll on the second half, but Georgia’s attack was pedestrian and Jones conceded the final score should have been more emphatic.

“Georgia produced a challenge in the set-piece and our set-piece cohesion was absolutely outstanding,” Jones said.

“We probably would have liked to have been a bit sharper in terms of our execution with the ball we won. We probably left another 20 points out there, but we are pretty happy with the display. “The conditions were difficult and it’s something we can keep working on and improving.

“It was quite an unusual game, we had 18 scrums and 12 mauling contests, so that’s 30 contests where you’ve basically got eight against eight which is unusual in Test match rugby.”

In the backs, Jonathan Joseph was enjoying a productive afternoon that included him setting up a try for Daly, only to limp off in obvious discomfort after injuring his back moments after supplying the scoring pass.

However, Jones is “cautiously optimistic” Joseph will be available to face Ireland in next weekend’s Pool A clash.