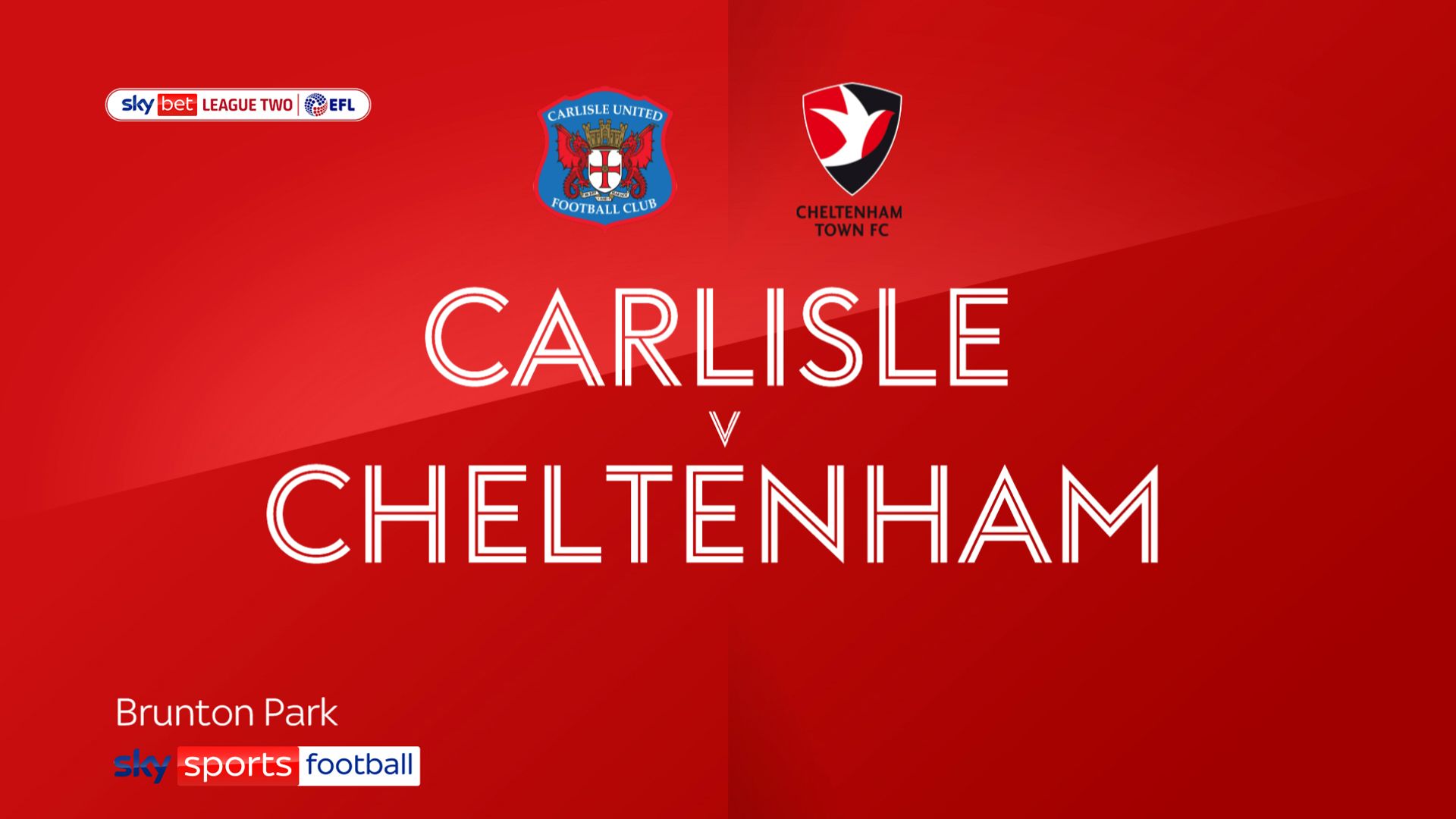 Cheltenham got back to winning ways on the road with a 2-1 win at Carlisle.

The Robins lost their last two league away games, but victory saw them leapfrog the hosts and move into the automatic promotion places in the process.

Will Boyle opened the scoring in the 15th minute as he got on the end of Ben Tozer’s long throw to fire home his second goal in three league games.

And Tozer won the visitors a penalty when he was felled by Jon Mellish with Conor Thomas emphatically doubling the lead.

Star striker Mellish bagged his 11th goal in as many games to slightly make amends for his penalty gaffe as he halved the deficit in first-half stoppage time.

May missed the chance to put the game to bed just after the hour as his 20-yard strike flew just wide.

Down the other end Scott Flinders denied the hosts a last-gasp leveller with a point-blank save to keep Gavin Reilly out.