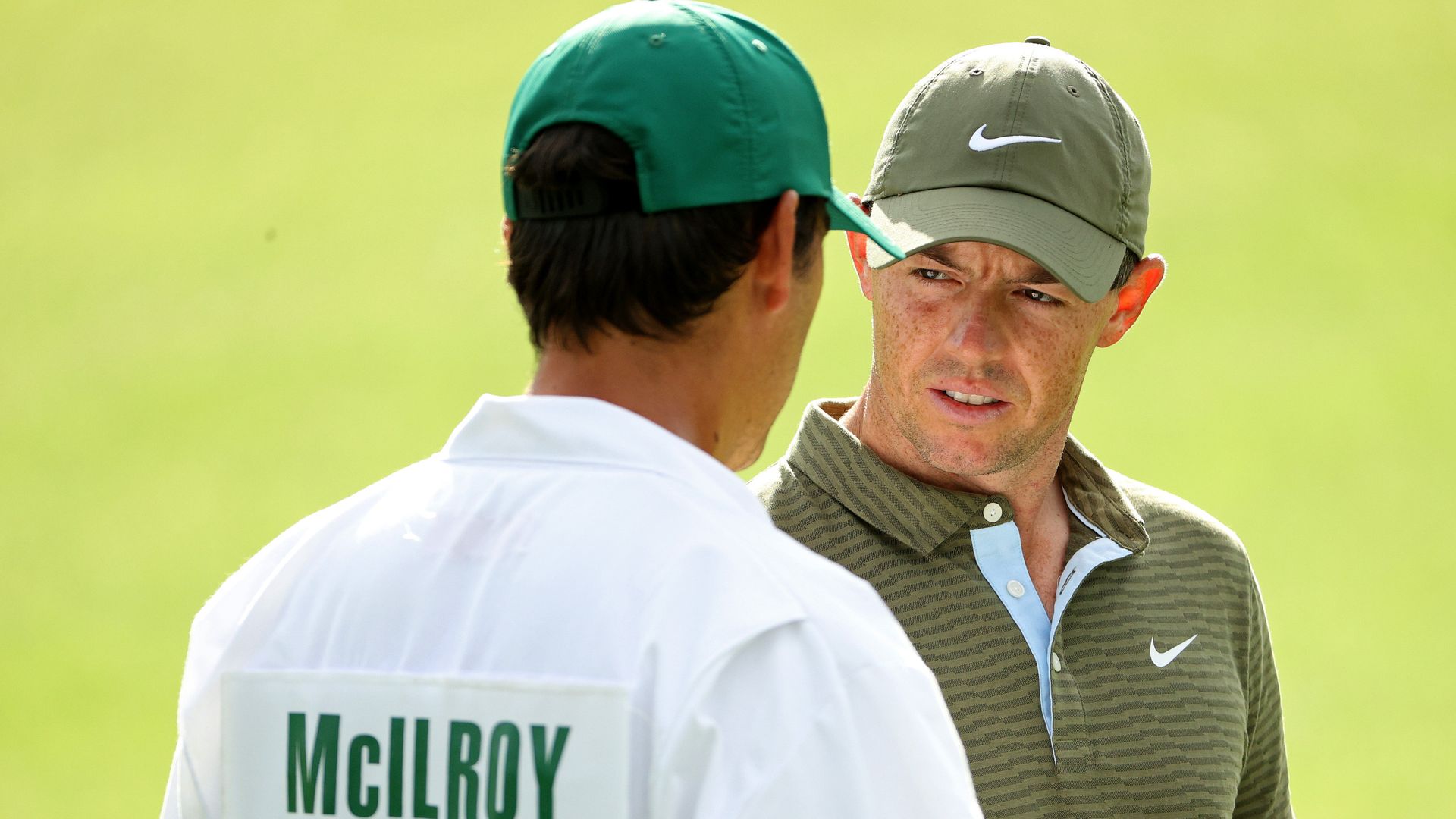 Rory McIlroy followed up opening-round 75 with a six-under 66 at The Masters, leaving the world No 5 six shots off the lead at Augusta National as he chases the career Grand Slam; Watch day three live on Saturday from 12.30pm on Sky Sports The Masters.

Whether Rory McIlroy can win The Masters after opening with a 75 is something many will question, but it was very impressive to see him bounce back in the way he did during his second round.

He didn’t putt particularly badly in the 75, I just thought he played very poorly and didn’t have anywhere near his best stuff, so to come back straight away and shoot 66 at Augusta National was something that was very much needed.

The turnaround reminded me a little bit of The Open at Royal Portrush last year, when he had the horrible first day but delivered that wonderful birdie rush a day later to nearly make the cut. That run during the second round in Northern Ireland showed what McIlroy is capable of and although we saw bits of that at Augusta on Friday, we’ll need to see much more in rounds three and four.

I think he needs to play a lot better over the weekend but what he has done, assuming nobody goes out on Saturday morning and runs away, is he has got himself back in with a chance. If he can follow up his 66 with another in round three, he could easily find himself within two or three shots of the lead.

We saw what he’s capable of in round two with not much more than an average McIlroy game. We know that he’s got another two gears at his disposal and if he can find them over the weekend, then more people will be looking at him as a contender.

There are some very good players ahead of him but there’s also some playing in their first Masters and others not used to being in contention. The ones ahead of him won’t all play well, but the depth at the top of the leaderboard is of such a quality that they won’t all play poorly.

I think he may well need two 66s over the weekend, which would get him to 15 under and will be somewhere close to the winning total. That target is very difficult for McIlroy but certainly something he’s capable, with Friday’s display giving him a huge lift going into the final two days.

I was surprised that Dustin Johnson, with the form that he’s in, didn’t build on his opportunity to build on his lead. He has four top-twos and has finished no worse than sixth on his last six events, so I fully expected him when he got to 10 under to carry on and maybe get to 12.

He hasn’t run away and has gone back into the group on nine under, with those dropped shots at the 14th and 15th giving plenty of encouragement to the chasing pack and bring plenty of players much closer to the lead.

I think the beauty of this tournament is that we had so many big names playing well coming into the week and we’ve still got plenty of those players inside the top-20. The cut is going to be level or one under and the lead is going to be no more than ten shots, so everything is beautifully poised with two days to go.