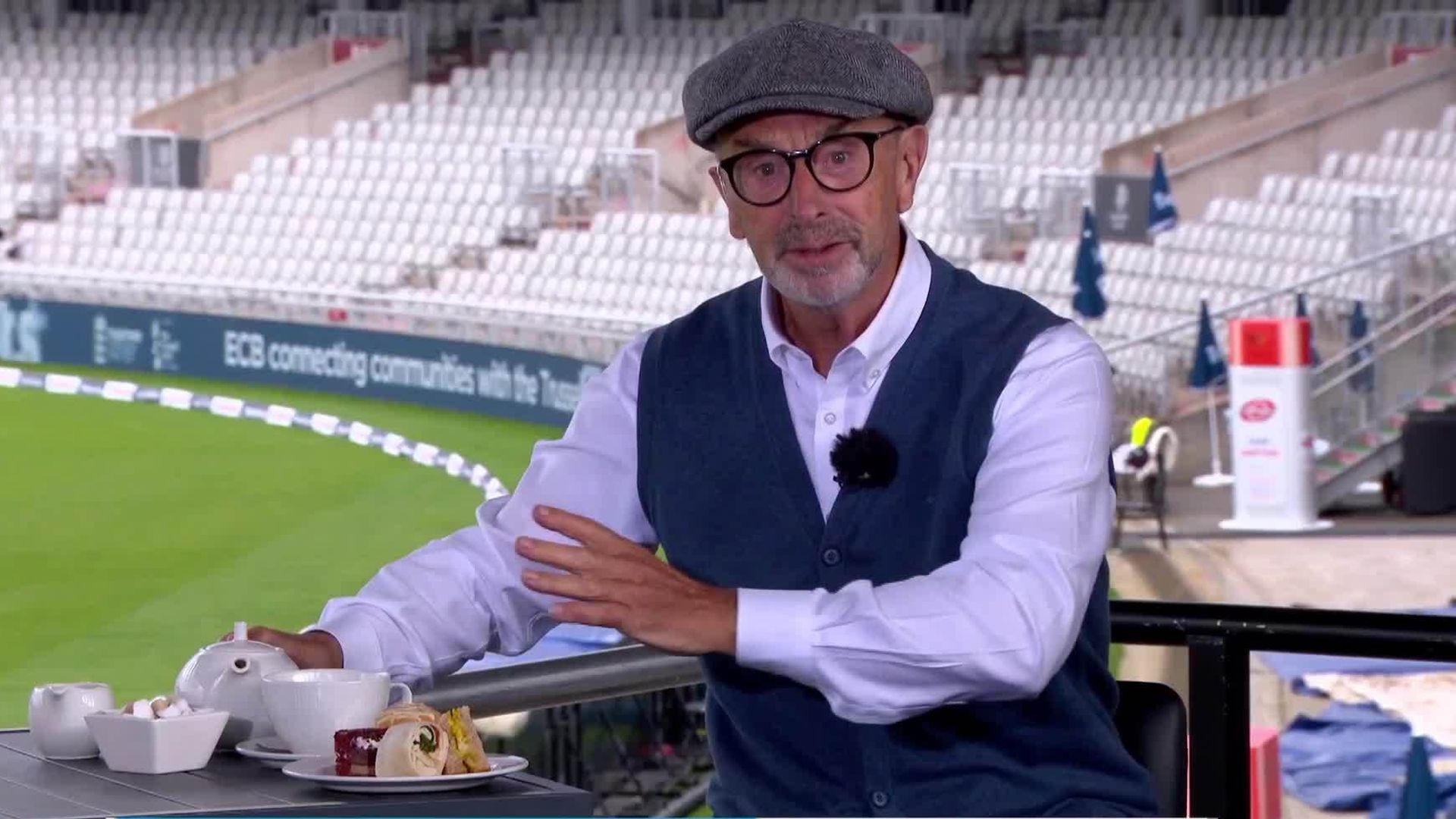 In his latest Bumble’s blog, the Sky Sports pundit looks ahead to England’s white-ball tour of South Africa and discusses how a combination of the Masters golf and improving his darts skills are helping during his lockdown struggles

David Lloyd discusses England’s forthcoming white-ball tour of South Africa, his lockdown struggles and how the Masters and improving his darts game are providing some relief…

England are flying out to South Africa on Monday. The games in Cape Town and Paarl, which is a beautiful place, and I just wonder if Geoffrey Boycott will sneak in because he’s got a place over there!

One thing to keep an eye on in the T20 series is that England are looking for somebody to control finishing the game. It’s a tricky one because Eoin Morgan has to do what he thinks is best for the team.

We’ve just had Jos Buttler saying that he prefers to open in T20 but he’ll bat anywhere. England have got that many top players in T20 cricket that to utilise Buttler as the finisher, so from 12 overs in, would be absolute dynamite because we’ve got other players to cover opening the batting: Jason Roy, Jonny Bairstow, Tom Banton.

They’ve got to get the best out of Buttler, that is so important.

Preparation and looking forward to the World Cup is one thing but you need to balance that with needing to win a series. You don’t use these matches as practice matches but you’ve got one eye on what’s ahead.

I’d have Ben Stokes staying where he is for England, around back four or five with Morgan. You’ve got to be flexible and decide on a match-by-match basis, who is the best player to go in for that situation. If they’ve got off to an absolute flyer then you can change it and put Buttler in at three or Stokes. Flexibility is vital in T20, you can’t be rigid with your batting order.

That is perhaps one reason that Joe Root isn’t getting in at the moment. He obviously wants to play all formats but as England Test captain, one of the things that has benefited Joe is that there’s been a decent break.

I thought he needed a break and the thing about England in one-day cricket is that they’re unbelievably strong, they’ve got that many players: powerful, mobile, fit, strong and they’re as good as anything in the world. I reckon these lads have to actually look at the board so see if they’re in the team – ‘have I got the nod?’ – because there is that much competition.

As for South Africa, Kagiso Rabada is obviously quality but they seem to have ongoing internal problems with players defecting and all sorts. I’m not sure if Temba Bavuma will play but he’s a nice little player, then there’s Quinton de Kock. He’s a lovely lad, Quinton, and a very forceful, dangerous player. Lungi Ngidi is another one, he’s got a bit of pace.

But other than that, the intrigue for South Africa, and they keep very quiet about it, is AB de Villiers, a lad who is playing cricket all over the show, except in South Africa.

England are resting Stokes, Jofra Archer and Sam Curran for the ODI series and that is absolutely fine. It gives an opportunity to other players; I’m all for that football mentality of just saying ‘you’re having a break. Go away, spend time to your family and we’ll see you later’.

I just wish we could have done that in the 90s more than we did. The difference then was that the players got paid by the match. So if you said to somebody who had earned the right to play that you wanted to rest them, the response would be ‘whoa, hang on a minute, I’m two grand down here!’

Now with central contracts the payment is there. In my time as England coach I made the observation to the powers that be that you can’t actually leave a player out because he’s tired or slightly injured because he’s losing money.

With that in mind, I said that we needed the players on central contracts because we needed to manage the players and all that that entails with their wellbeing, the mental side of things and their fitness, where in actual fact, the players were managing the bosses because they had to play to get their money.

I also saw Rob Key and Nasser Hussain picking their XI of players who would have thrived in T20 cricket but never had the chance to play it. Nasser got in touch with me about it and we came up with Farokh Engineer.

I played with Farokh and he would have been a hoot in T20, an absolute showman! He had so much fun as a wicketkeeper-batsman – I won’t call him a batsman actually, I’ll call him a swiper! He gave it an almighty tap from ball one! They’d have loved him in India. He was brilliant at what he did, he played to the crowd; I think Engineer was before his time.

Away from cricket and we’re back in lockdown. I have to say that I’m not handling it very well, I’m finding it a struggle. I’m missing the social side of things and it makes my blood boil when I see people are out and about and just not caring.

We’ve just had an anti-lockdown demonstration in Manchester and they’ve fined a bloke £10k – it should have been far more, in my opinion. These people and the stuff that they’re coming out with is downright rude and selfish.

I’ve been watching loads of football, wall-to-wall football. We’ve had 19 lads test positive for coronavirus at Accrington Stanley and Sean McConville, who is coming back from injury, has been doing some commentary on the games.

He’s said that before 19 of them got poorly, they thought it was just a bit of a cold or flu but it has brought everybody back to reality. He’s right, don’t mess with this because it’ll mess with you. That’s why it was so disappointing that these hundreds of people were demonstrating in Manchester – they just don’t get it.

This week we’ve heard about a potential vaccine and that is fabulous news! And it looks as if, at my age, I might be one of the first lot to get it so that’ll be nice.

Other than that, I’m absolutely into the Masters, I’m watching it now and I’ll watch it until it finishes. I fell asleep watching it. I love it, I love watching the golf and then trying to put into practice what these guys are doing.

Watch every game of England’s white-ball tour to South Africa live on Sky Sports Cricket, starting with the first T20 international from 3.30pm on Friday, November 27.