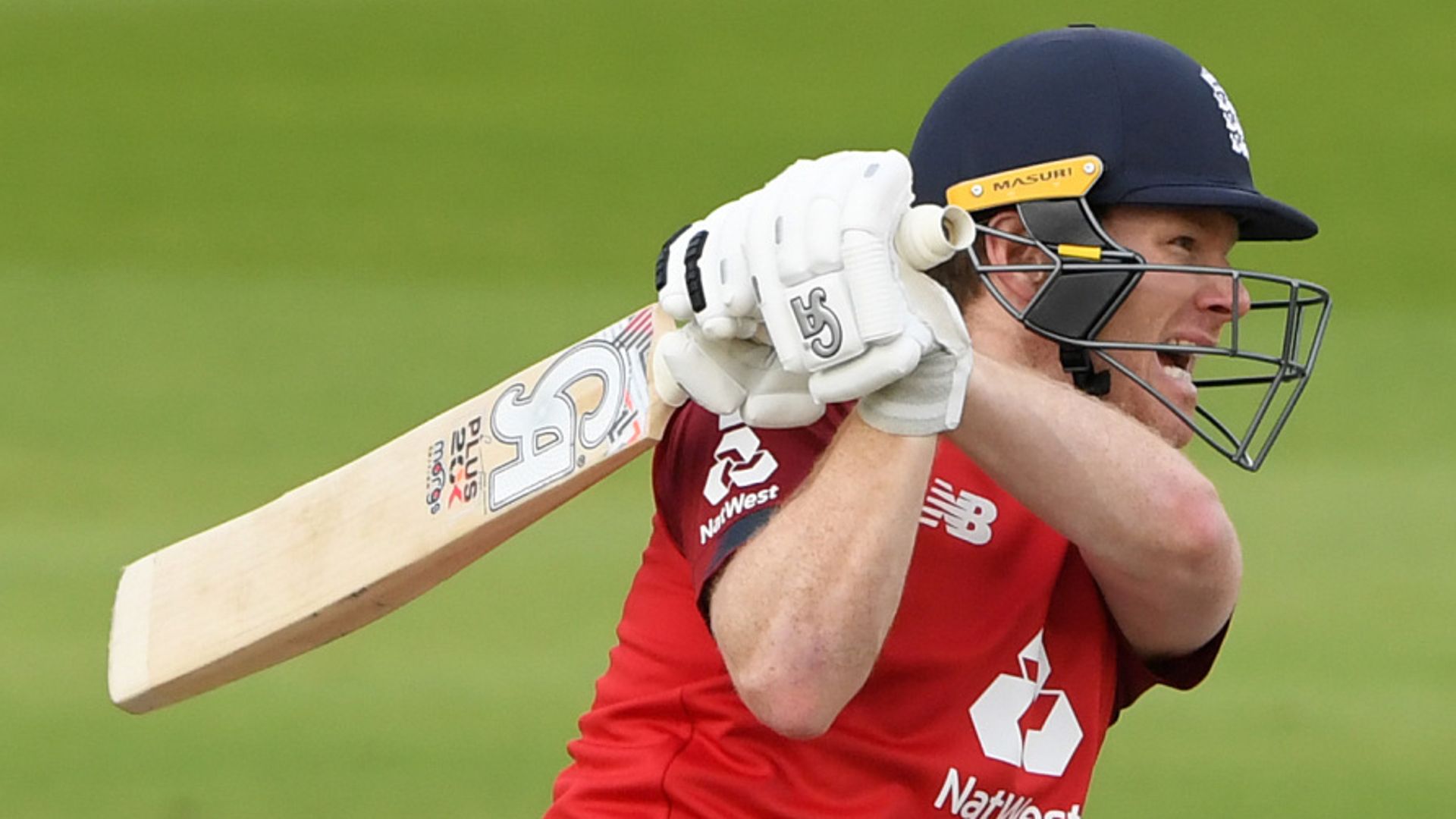 With less than a year until the start of the T20 World Cup in India, England have a dilemma over where to bat Jos Buttler, Ben Stokes and Eoin Morgan; watch every ball of England’s white-ball series in South Africa live on Sky Sports Cricket

For the second time in as many years, the countdown to the Twenty20 World Cup is on!

It was always meant to be this way, with Australia hosting the tournament this year and India welcoming the cricketing world in 2021.

The coronavirus pandemic scuppered the first of the back-to-back tournaments but the BCCI and the ICC are ploughing on with plans for the second to take place in October and November next year.

With the tournament in Australia pushed back until 2022, teams have another year to finalise their squads and the make-up of their XIs. For England, that seems to have created a few more problems than they might have had otherwise.

Fortunately for the 50-over world champions, the problems are more to do with how and where they fit in so many top-class players rather than scraping around hoping for a superstar to appear due to a paucity of options.

In recent months, the debate has centred around who should open the batting. Given it is widely considered the best place to bat in the shortest format, England seem to have plumped for Jos Buttler, giving their most explosive batsman maximum opportunity to inflict damage.

While Buttler told The IPL Cricket Show it was his suggestion to drop down to bat at No 5 for Rajasthan Royals, he was also clear his preference is to open the batting in T20 cricket.

“It’s where you face the most balls and where I think I can impact the game most,” he said. “I think I have had more success at the top of the order and impacted more games in a positive way.”

His reason for volunteering to leave his favoured position was all about helping the team, Rajasthan had plenty of options to open the batting but very few as adept at getting the side over the line in the final few overs; given Buttler is among the best white-ball finishers in the game, he stepped up.

With Buttler, Jason Roy, Jonny Bairstow, Ben Stokes and Dawid Malan all competing for a place in the XI, England appear to have found themselves with a similar conundrum. Five world-class T20 batsmen, all of whom you suspect would like to bat in the top three.

Does that mean Buttler again has to move from the position where he has enjoyed so much success? Perhaps not. The England captain is the sixth batsman of those who might be considered to be ‘in possession’ of a place in the team and the only one who would not see himself at the top of the order.

Eoin Morgan has primarily batted at No 4 for England in recent years, be it in ODI or T20I, but dropped down to five during the T20I series against Australia and did similarly for Kolkata Knight Riders during the IPL, at times even dropping to No 6 if early wickets fell.

Sky Sports pundit Rob Key believes this is Morgan, who has been a strong advocate of Buttler opening, gearing up to take on the role of England’s finisher himself.

“Morgan made the call on Buttler to open, so if he’s also our best finisher, who is going to take that role on?” Key said on The IPL Cricket Show. “I think Morgan has used [the IPL] a little bit to really get himself into that role, to say ‘well, I’ll be the person to do that.’

“You’ve obviously got other people coming in like Stokes, there are a lot of batsmen in England. But I think that is the problem, when you have someone who is down as a finisher, he is more than an Andre Russell, who you might bring in in the last six or seven overs.

“With Morgan it is a bit more of a balancing act, when do you bring him in? He’s not someone you bring in in the powerplay but it is when you then bring him in. If you’re only one down and you get to the eighth over, do you think ‘bang, Morgan goes in’ – that’s what they’re going to have to work out.”

Morgan also has a big world-class all-rounder shaped dilemma in the form of Stokes. Specifically, how best to use him. When Buttler moved down the order at Rajasthan, it allowed Stokes to stay at the top of the order and he made the most of it by scoring a blistering century against Mumbai Indians, before adding a half-century in the next game.

The 29-year-old has never opened for England in a T20 match though and given the array of options Chris Silverwood’s side have at the top, Nasser Hussain thinks Stokes should be held back.

“Stokes, a bit like Jos Buttler, can bat in any position,” said the former England skipper.

“After some people started questioning his position at the top, he scored that brilliant hundred against Mumbai, the champions and the best side in the tournament, he smashed them for a magnificent hundred.

“The only thing with Ben, I would say, is that he’s got such good memories of finishing games, winning games, whether it be the 50-over World Cup or Headingley – I know they are different formats.

“I know he was on the wrong side of it with the ball in Kolkata [in the World T20 final in 2016] but if you’re asking me, at the end of a World T20, with the bat, who I would want at the end, I want Buttler and Stokes at the end; one of those two to finish off with that real cool and calm.”

Eleven months might seem a long time but with current uncertainty around, well, pretty much everything, who knows how many games England will play before the start of the T20 World Cup. They will want to settle on a batting strategy as soon as possible and with Morgan and Stokes in the ranks, even if they choose to use Buttler at the top, they do not lack for top-class finishers.

However it pans out, the three-match series with South Africa could go a long way to determining who will be out in the middle when it comes to the crunch next autumn in India.

Watch every game of England’s white-ball tour to South Africa live on Sky Sports Cricket, starting with the first T20 international from 3.30pm on Friday, November 27.