A few days ago, World Boxing Council President Mauricio Sulaiman created a mountain of negative press when he announced his organization’s decision to establish a new weight class called “bridgerweight” – which runs from 200 to 224-pounds.

The weight will be situated between cruiserweight and heavyweight. 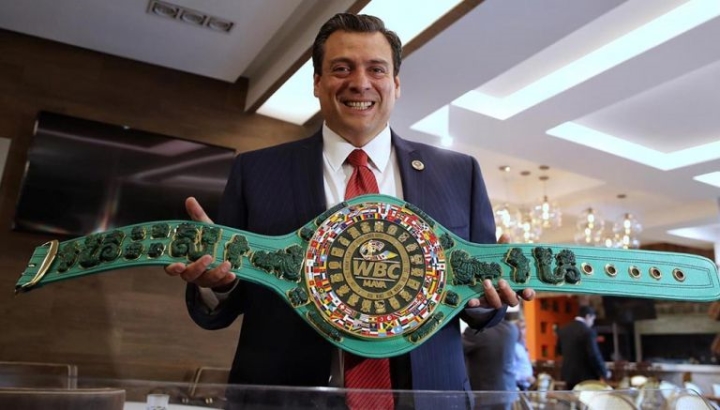 10 years ago, the WBC raised the cruiserweight limit from 190 to 200-pounds – in order for smaller heavyweights to compete in the weight class.

Now the WBC is looking to drop the cruiserweight limit back to 190 – which in turn will force numerous fighters to compete at “bridgerweight” if they are unable to cut their weight down.

It also creates a dangerous scenario where cruiserweights who unable to make 190 will be forced to trade punches with legitimate heavyweights who are capable of cutting down to 224 and below.

“We are eventually looking into moving it back to 190-pounds,”Sulaiman said to Pro Boxing Fans.

“When we move it to 200-pounds it’s the precise same scenario of what is happening, because of the huge increment of size and weight. The idea is in six months or one year [to lower the weight limit].

“[WBC cruiserweight champion Ilunga] Makabu just called me, he’s preparing for his title defence at 200-pounds but he’s ready to move to 190-pounds that he can do that weight, 190-pounds. It’s a continuous effort to see what is more reasonable, but not be unjust to a fighter who has been competing in that weight.

“We’re talking to all cruiserweights and heavyweights. There’s also a good universe of fighters that have been calling to see if they can be rated in the division. We’re looking at maybe doing 20 fighters ratings instead of the 40 that we have in each division, but it’s all going to depend. Rankings are upon merit and quality and that’s something that will not be changed. In December, we’re going to have the rankings for bridgerweight.”

Sulaiman, who denied the allegations of forming the division rake in more sanctioning fees, also rejected the voluminous claims that he created this new weight class to better serve boxers like Oleksandr Usyk and Deontay Wilder.

“Usyk is a tremendous fighter, one of the best cruiserweights in history,” Sulaimain said. “He’s had two fights in heavyweight and I just leave whoever watched the fight with [Derek] Chisora just to reach their conclusions.

“Of course Usyk’s mind is in the money that will be generated in a fight with [Anthony] Joshua, as he is the mandatory contender, so it’s perfectly understandable that his mind is set to reach that goal. Wilder, his mind is set to have the rematch with Fury. So those two fighters even though they could qualify for bridger, I don’t see them competing in that weight category at this moment.”